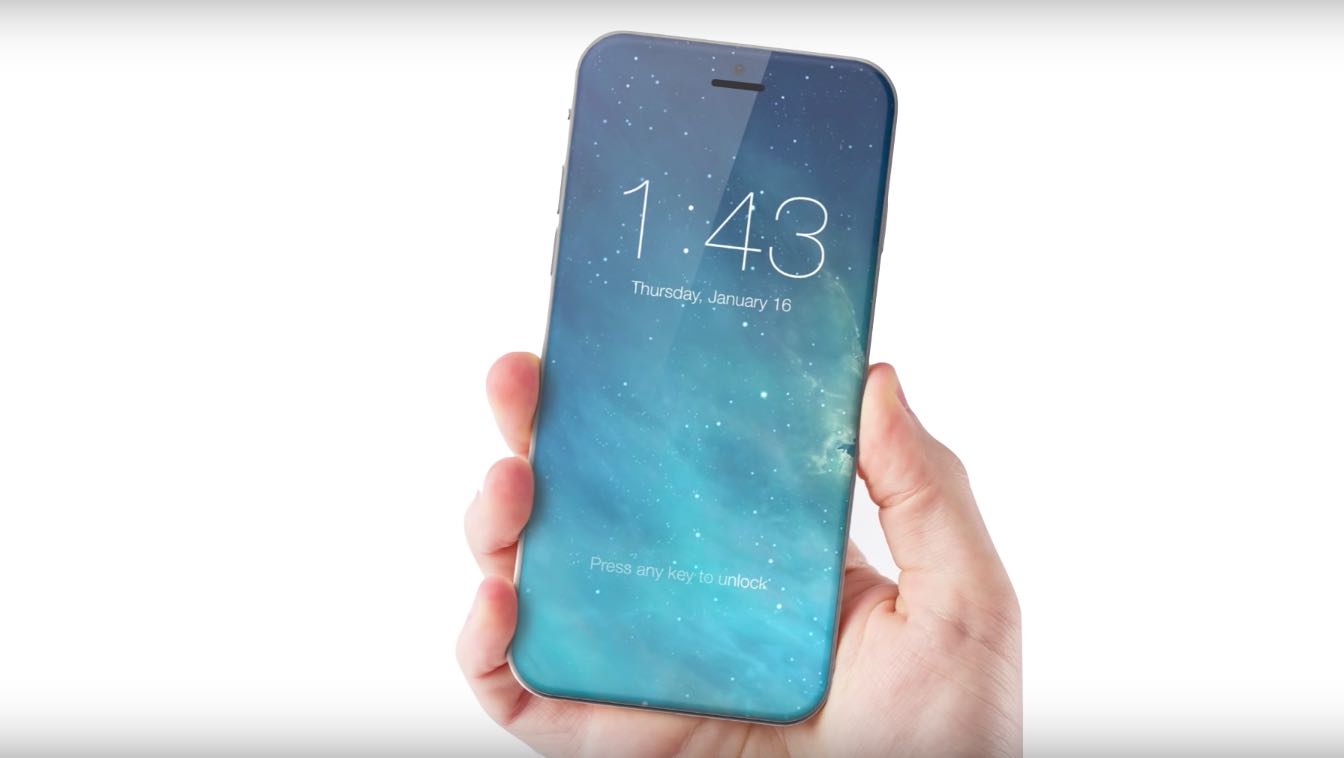 Apple’s next iPhone is expected to adopt a 5.8-inch wraparound AMOLED display that utilizes a fixed flex screen like Samsung’s ill-fated Galaxy Note 7.

That’s according to a note Cowen and Company analyst Timothy Arcuri issued to investors on Wednesday, a copy of which was obtained by AppleInsider. Arcuri refers to the so-called tenth anniversary iPhone as “iPhone X”.

The analyst claims the 4.7-inch iPhone 7s and 5.5-inch iPhone 7s Plus models may switch from LCDs to AMOLEDs, too, if Samsung Display is able to supply enough panels to Apple.

The rumor-mill previously called for a 5.8-inch iPhone 8 model though the actual usable size of the display may be smaller: according to KGI Securities analyst Ming-Chi Kuo, iPhone 8 will boast an “active display area” measuring 5.1 or 5.2 inches diagonally, or smaller than the existing Plus models of the handset.

Lastly, the analyst contends that iPhone 8 may gain a laser sensor positioned near the front-facing Face Time camera that should be employed in the expected facial and gesture recognition features. Other iPhone 8 capabilities mentioned in the report include wireless charging and dual-sourced baseband modems from Intel and Qualcomm.

In fact, Apple may buy more modems from Qualcomm this time around, most probably because of the reported speed issues with iPhone 7’s Intel modem.

That would be despite the latest lawsuit by the FTC which charges Qualcomm with bribing Apple and other smartphone vendors into using its chips in exchange for better royalties, which the chip maker vehemently denies.

Summing up, the three new iPhone models scheduled to launch in 2017—iPhone 7s, iPhone 7s Plus and iPhone 8 (or “iPhone X”)—will represent a “feature-rich launch” for the Cupertino firm, in the analysts’s own words.

You’ll recall prior rumors alleging that only iPhone 8 would have an AMOLED screen and all-glass industrial design with a shiny metal frame while iPhone 7s and iPhone 7s Plus would presumably retain their LCD screens.

Apple’s rivals are reportedly worried that iPhone 8 will gobble up the entire supply of AMOLED screens. Samsung Display, the world’s top producer of AMOLED smartphone panels, will be the lone supplier of iPhone 8-bound AMOLEDs. By 2018, Foxconn-owned Sharp, Japan Display and LG Display should join Apple’s AMOLED supply chain.