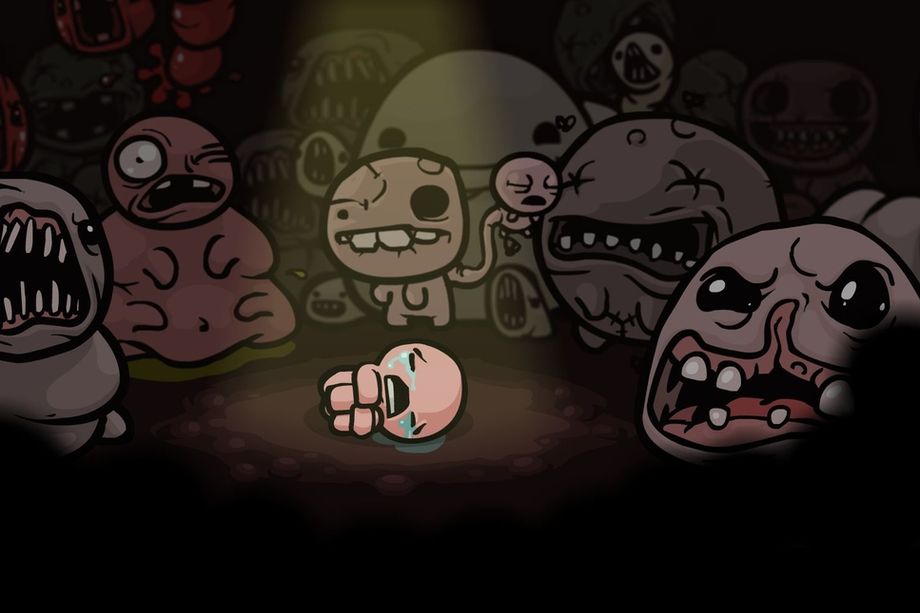 The Binding of Isaac: Rebirth, an iOS version of the dungeon crawler game originally released back in 2014 by independent game studio Nicalis, is now available on iOS as a premium $14.99 download from App Store.

Nicalis originally submitted its dungeon crawler for iPhone and iPad a year ago, but the game got rejected for depicting violence against children. The iOS port has a 17+ rating.

In this game, you accompany Isaac on a quest to escape his mother.

Along the way, you’ll find bizarre treasures that change Isaac’s form and give him super-human abilities to face off against droves of mysterious creatures. You’ll be discovering secrets and fighting more than 50 bosses, including many new and rare ones. 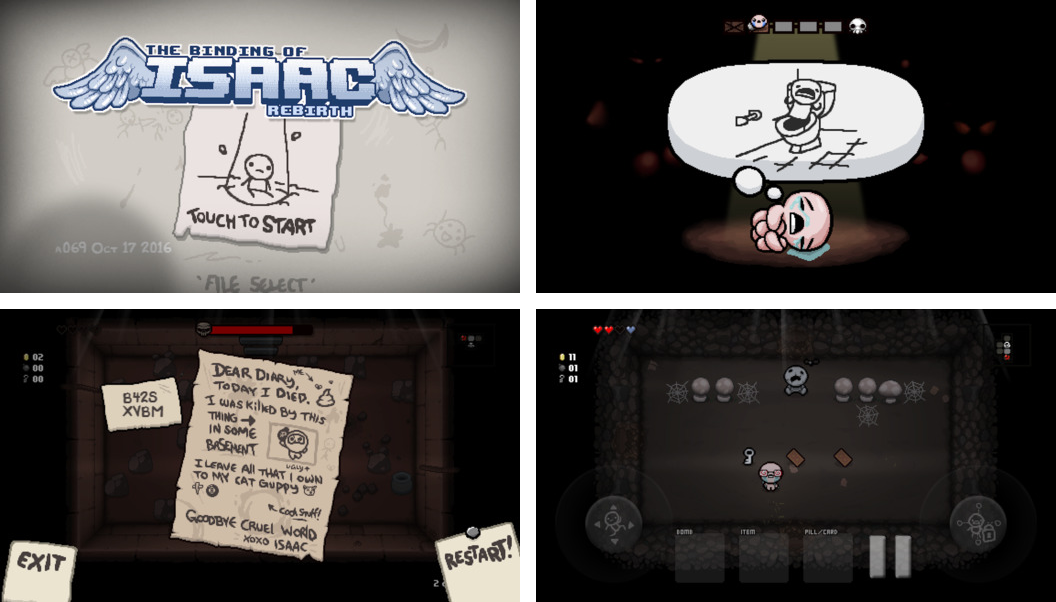 Rebirth is the remake of the original game that now uses an optimized graphics engine which runs at a silky smooth sixty frames per second. The iOS edition also includes new pixel style artwork, polished visual effects, a new soundtrack from Ridiculon (Matthias Bossi and Jon Evans) and hundreds of new rooms, synergies and re-tuned enhancements by the series creator, Edmund McMillen.

Here’s the original trailer for Rebirth from two years ago.

And with over 500 hours of gameplay, four billion seeded runs, twenty challenge runs and 450+ items to discover, including 160 new unlockables, Rebirth clearly provides good value for your money.

By the way, this randomly-generated action RPG shooter with heavy rogue-like elements was yanked from Nintendo’s 3DS eShop in 2012 for the same reason. Nintendo did change its mind later and published the game for its 3DS and Wii U consoles.

To learn more about the game, visit the official Nicalis website.

Grab The Binding of Isaac: Rebirt for $14.99 from App Store.