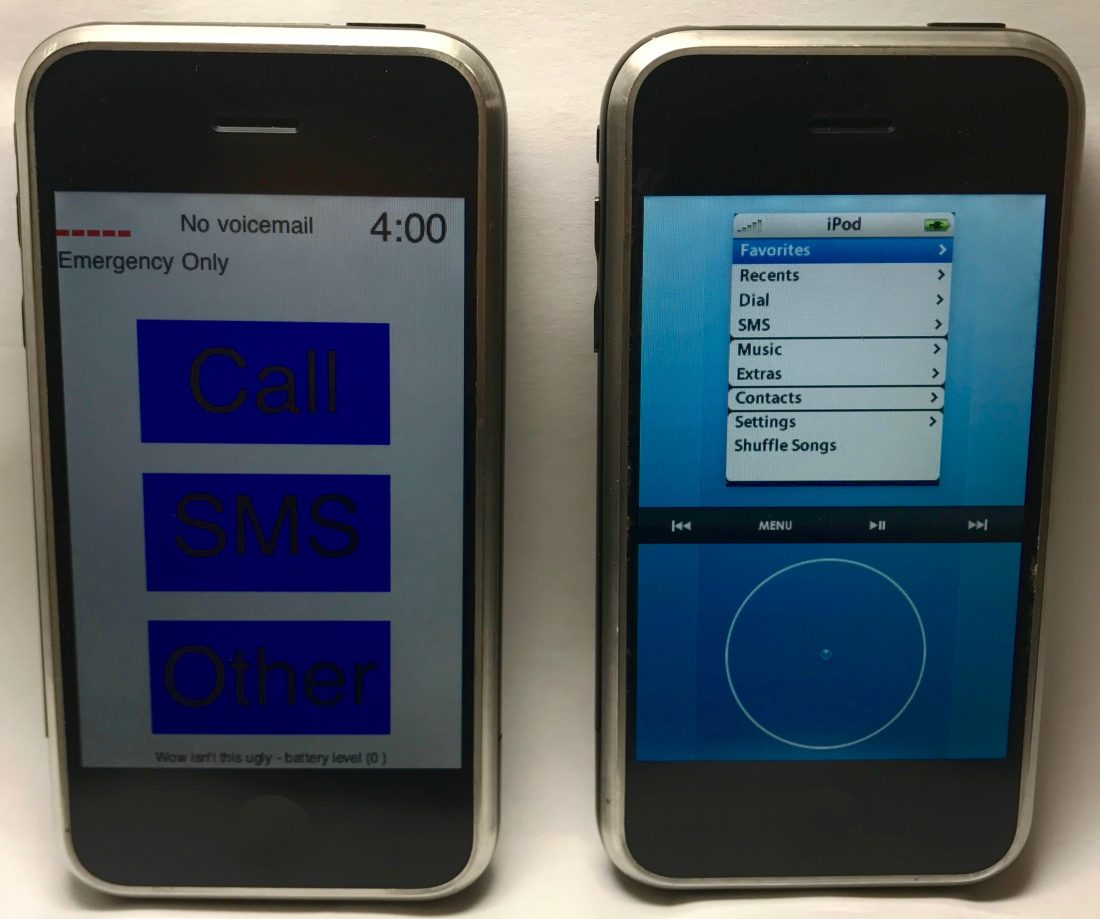 After sharing images and a video of an early-stage prototype iPhone software based on iPod’s click wheel interface, leakster Sonny Dickson is back at it with another wonderful piece of Apple history.

A new video posted on Dickson’s website pits a pair of early iPhone prototypes against each other: Tony Fadell’s “P1” device based on the click wheel UI and ex-iOS chief Scott Forstall’s “P2” project.

“To understand the iPhone today, and how it has shaped Apple and pushed the world forward, it’s important to have a sense of perspective,” said Dickson.

Back in the beginning, there were two iPhone projects internally at Apple as Steve Jobs pitted Scott Forstall and “iPod Godfather” Tony Fadell against each other in a competition to see who could create a more compelling smartphone OS. Both project teams were extremely competitive because they wanted to impress Jobs.

This is Apple’s standard practice as it often explores multiple device prototypes like many other technology companies do. For its next iPhone, for example, Apple is thought to have as many as ten different iPhone prototypes in its labs.

The video embedded below pits “P1” and “P2” prototypes against each other. Although both devices run a prototype OS, code-named “Acorn OS”, the “P1” prototype runs faster because it uses a slimmed down version of Acorn OS while “P2” takes a significantly longer to load because it actually has a real OS. As you can see from the video, “P1” loads the classic iPod logo while “P2” shows the octopus logo.

“These P unit prototypes are so early in the development process that they rely on a custom process to be turned off, and can only be powered down during a certain step of the boot process,” he explains.

Although it may not seem like it, deciding between the two prototypes was no easy task for Jobs & Co. Tony Fadell had the clout of being the creator of the iPod and Scott Forstall had been working with Steve since the NeXT days.

Fortunately for us, Forstall’s “P2” prototype won out.

I say “fortunately” because as efficient as that click wheel-based interface is for browsing music, putting it on a phone would have resulted in a user experience nightmare.

“The iPhone P2 is what came to be known as the original selling model of the iPhone, paving the foundation of where we are today, 10 years in the future,” said Dickson.

What do you think of these early-stage iPhone prototypes?