While the jailbreak for iOS 10.1.1 is currently in beta and only supports a certain subset of devices, jailbreak developers are still ramping up for a public jailbreak by releasing new tweaks geared toward iOS 10 and updating their latest jailbreak tweaks for support.

Ryan Petrich is the latest to join that group after having released updated versions of Activator, FlipSwitch, and FlipControlCenter in his beta repository with preliminary iOS 10 support.

Activator and FlipSwitch are somewhat of essential staples in the jailbreak community, and as such this is pretty exciting news.

Not all features of Activator are fully supported on iOS 10 just yet. As Petrich notes in the change log for the updated Activator beta, only basic support for iOS 10 has been added, which means essential functionality of Activator should work as expected, but some features of the extension are disabled for safety reasons.

FlipSwitch and FlipControlCenter, on the other hand, not only have full iOS 10 support, but FlipSwitch also has a new primary color API that jailbreak developers can take advantage of, which is better suited to match the updated look and feel of the Control Center interface that was introduced in iOS 10.

All of these betas are available on Ryan Petrich’s beta repository, which if you don’t already have it added in Cydia, can be added by following these steps: 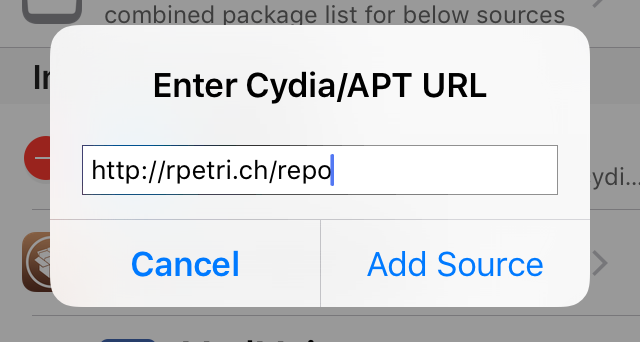 After adding the beta repository, the updated versions of Activator, FlipSwitch, and FlipControlCenter should be the following:

It’s still not recommended that anyone on iOS 10.1.1 jump to jailbreaking it just yet, as it’s still in beta and isn’t completely stable. It’s really only recommended for developers who know what they’re doing at this point in time.

In the near future, a stable public jailbreak should be hitting the masses, and fortunately it looks like it may gain iOS 10.2 support for certain devices, which is sure to sound like music to some people’s ears.

Stay tuned to iDB for the latest on what’s new with the iOS 10 jailbreak.