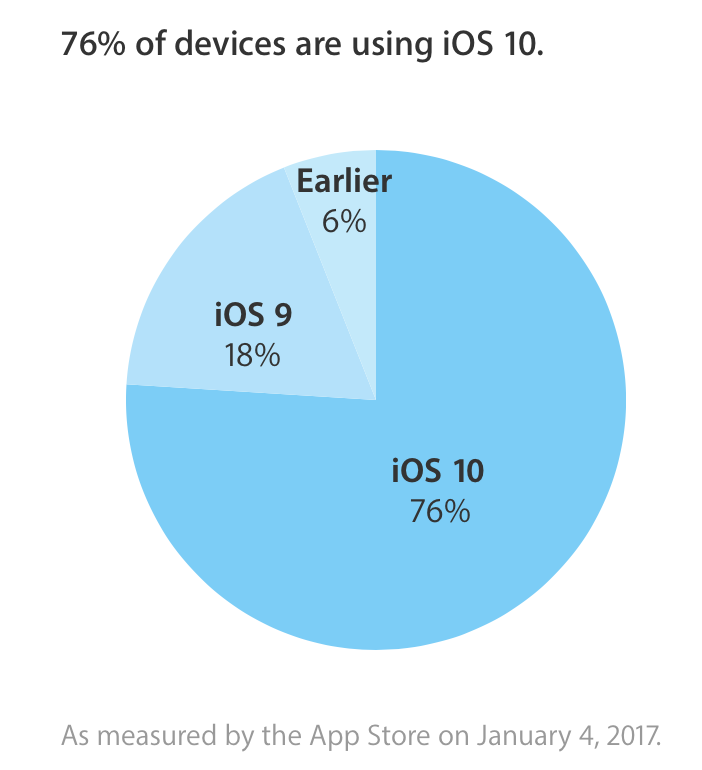 Apple on Thursday updated its Developer App Store Support page to show that the iOS 10 adoption rate is now at 76%. This means that 76% of all active devices are now running iOS 10.0 or higher, a nice jump since late November when the adoption rate was at 63%.

Also worth noting is that 18% of current active devices are running iOS 9, and just 6% of devices are on iOS 8 or lower. That’s a drop for both numbers since the last report, which showed 29% of devices running on iOS 9 and some 8% running on an earlier version of iOS.

The boost in iOS 10 adoption is likely due to the holiday season. Millions of people received new iPhones and iPads as gifts over the last month or so, all running iOS 10 or higher. Apple is set to announce just how many new devices it sold last quarter on Tuesday, January 31.