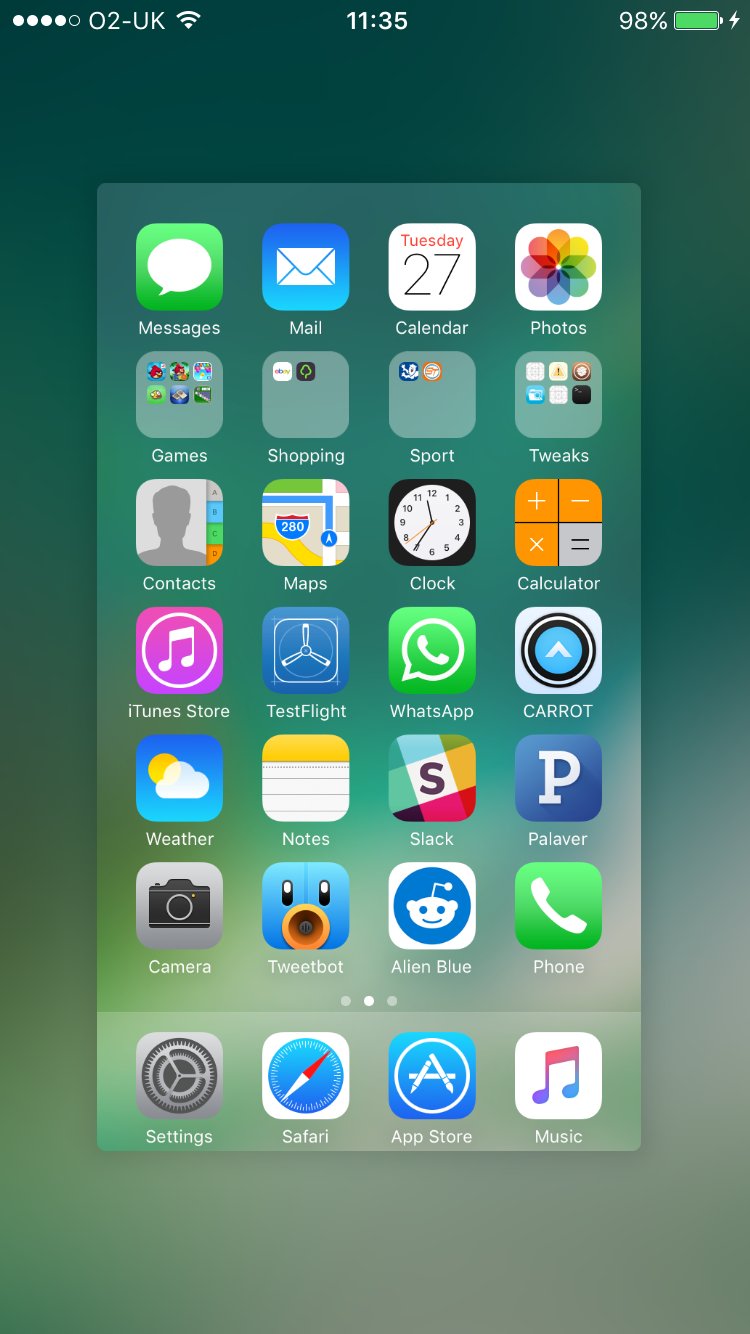 Luca Todesco’s jailbreak for iOS 10.1.1 is now in beta, and jailbreak tweak developers have started jumping on the train early to begin releasing tweaks for the updated software.

One of the first is a new free jailbreak tweak called StatusSwitcher, which adds the Status Bar to the App Switcher on iOS 10 devices.

Being an interface that usually lacks a Status Bar, users are left without any time, battery, or signal strength information any time they’re in the middle of using the App Switcher.

While many would argue that you don’t spend a lot of time in the App Switcher to begin with, I for one still have to argue that it never hurts to have as much useful information in front of your face at all times as possible, especially when it can be displayed in a subtle way such that it doesn’t get overbearing or cluttered.

Fortunately, things don’t get much subtler than the trusty Status Bar, which you’re already used to seeing everywhere else in iOS. With that being said, you really won’t feel any pain points regarding clutter and ugly third-party interfaces after installing this tweak.

StatusSwitcher’s goal is simple: to give you more information in a place where it’s normally hidden from you, and it achieves that goal without any strings attached.

There are no options to configure and if you want to try the tweak, you can download it on your jailbroken iOS 10 device from Cydia’s BigBoss repository for free today.

If you haven’t already jailbroken iOS 10, we strongly suggest you continue to wait until the jailbreak becomes more stable. Trust us… all these handy jailbreak tweaks will all still be there when the jailbreak comes out of beta.

Will you be adding the Status Bar to your iOS 10 App Switcher with StatusSwitcher? Share in the comments below.