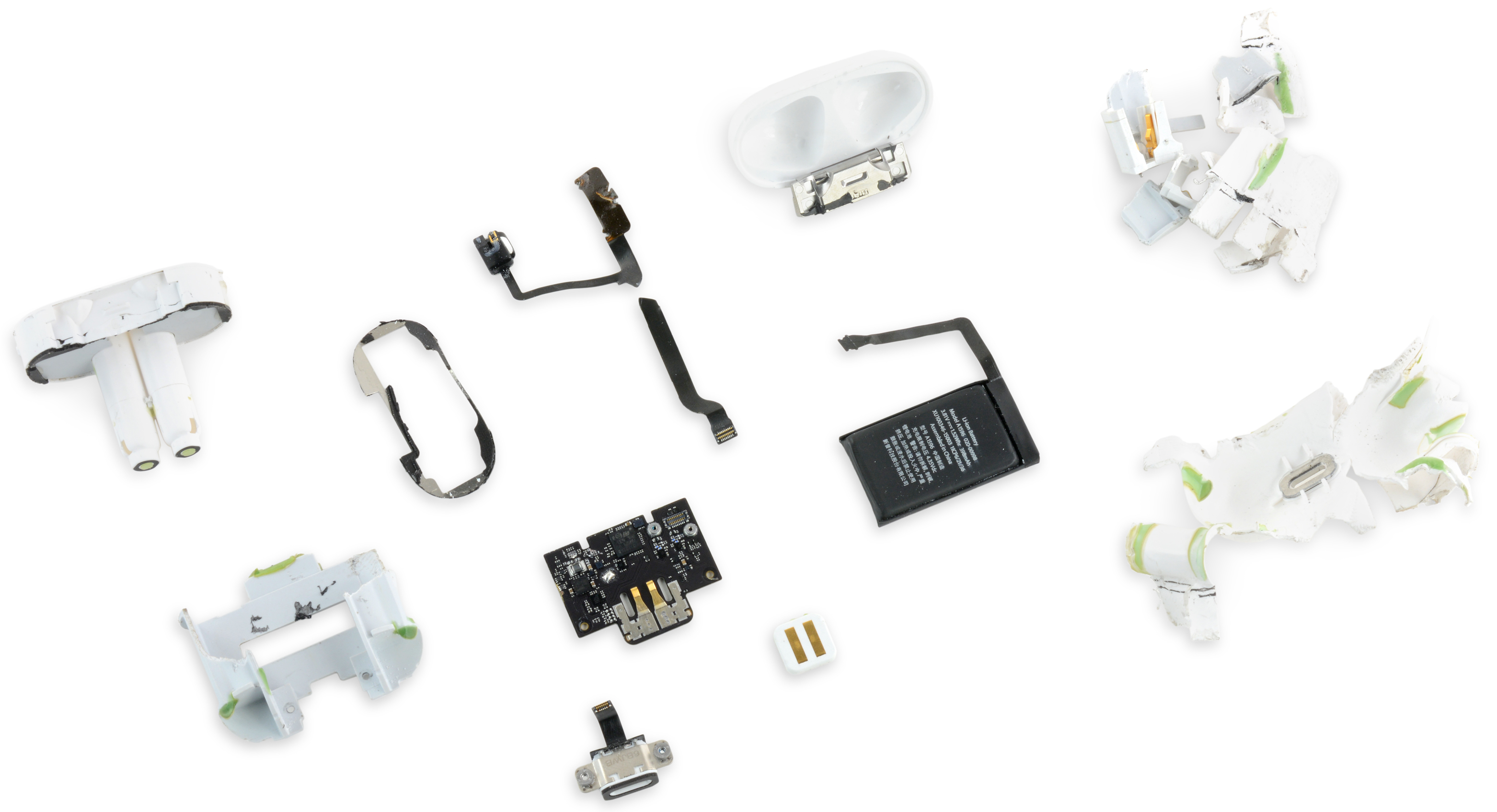 Having torn apart Apple’s AirPods wireless earphones and their charging case, repair masters over at iFixit have now posted their initial observations. AirPods have so many components crammed into tight space that the they’re virtually not repairable or recyclable. As for the charging case, an X-ray analysis of its logic board reveals a few “quality issues” that may have contributed to the delayed AirPods launch.

iFixit’s buddies over at Creative Electron have exposed AirPods to X-rays to give us a peek at what’s inside, including speaker grilles, beam-forming microphone and more. Prying AirPods open reveals some “tightly-packed components” which are sealed and held together with “a copious amount of glue”.

Aside from the W1 chip, sensors and other components, inside each AirPod is arguably the world’s smallest coaxial connector. In another image embedded below you can clearly see an infrared proximity sensors that is used to detect when an AirPod is in your ear, allowing it to automatically enable audio. 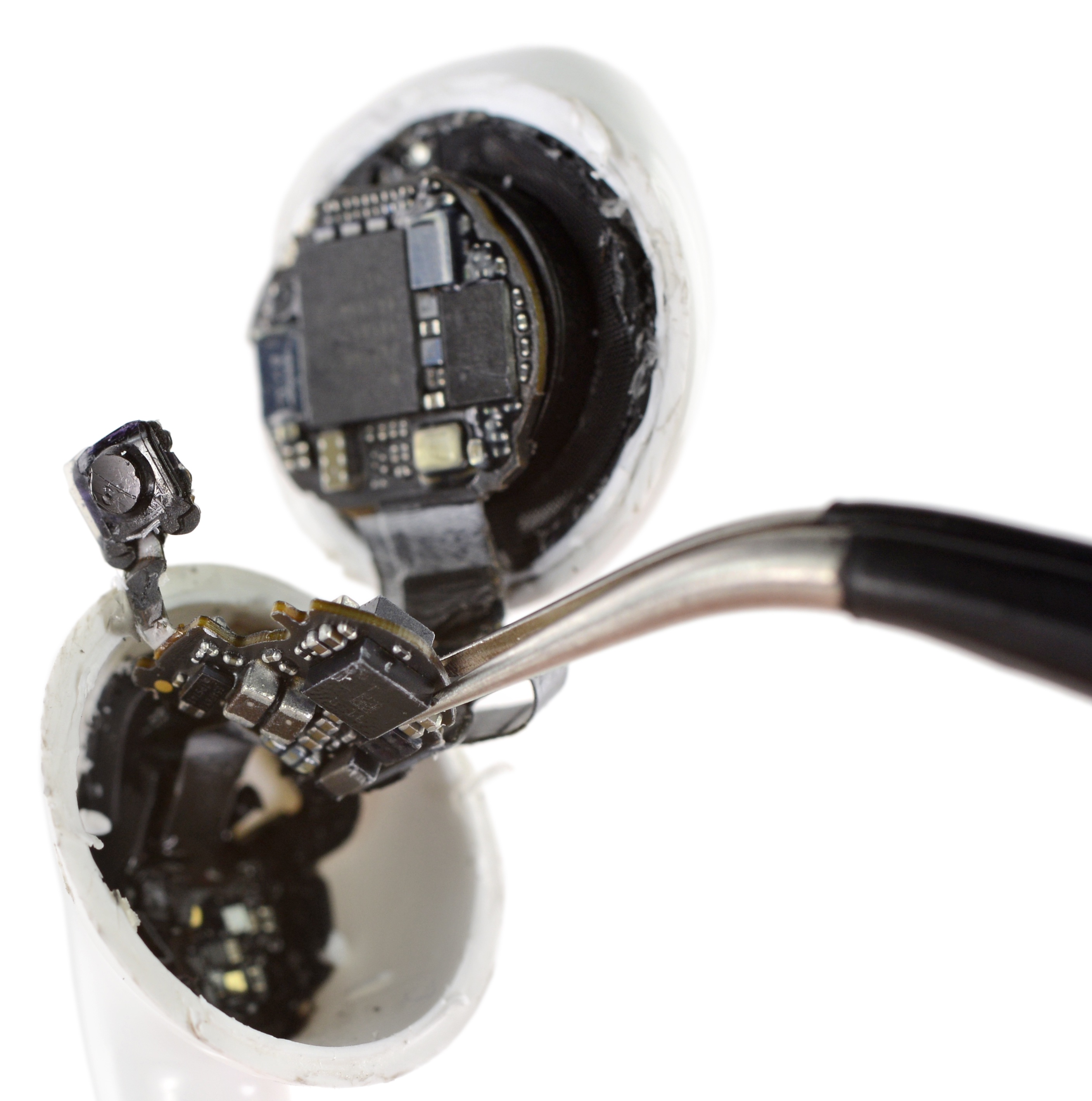 “What remains in the earbud is a hot mess of cables and adhesive,” notes iFixit. Each AirPod has a wireless antenna located in the hanging boom to improve reception. The battery in each earbud is a 93-milliwatt-hour module that iFixit says is equivalent to a little over one percent of the charge capacity in an iPhone 7. 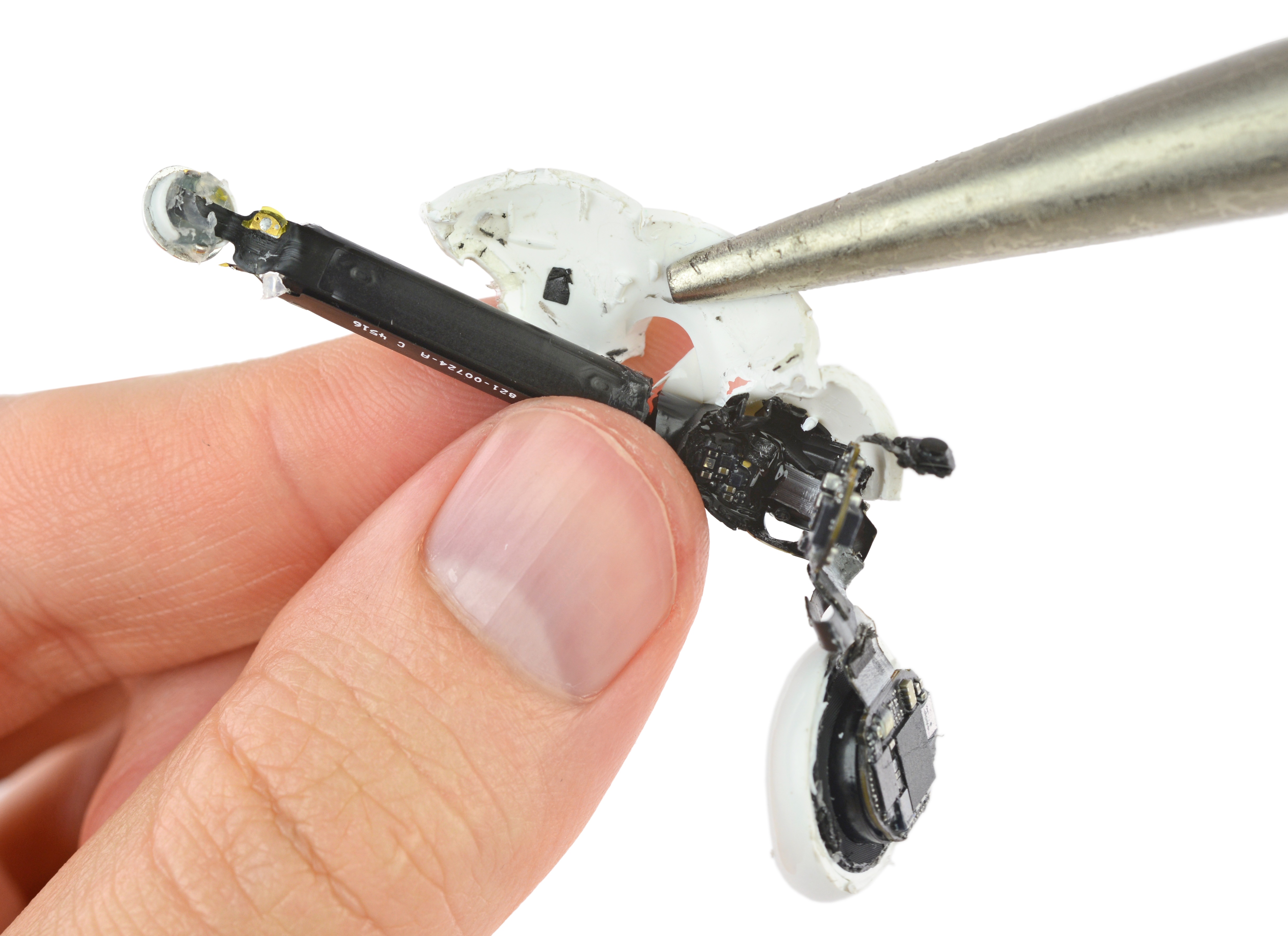 An intricately engineered speaker assembly houses a proximity sensor and some antenna lines. iFixit was able to identify the following chips on the AirPod logic board:

The charging case (model number A1602) that ships with AirPods has a built-in 398 mAh (3.81 V, 1.52 Wh) lithium-polymer battery that gives you up to 24 hours hours of listening time on the go. iFixit notes that the charging case battery has approximately sixteen times the power capacity of the one inside each AirPod.

In other words, “you should be able to top AirPods up eight times between case charges,” says iFixit. In comparison, the Apple Pencil has a 0.329 Wh battery and Apple Watch Series 2 is powered by a 1.03 Wh cell.

Status light at the top of the charging case tells you when batteries are out of juice.

Recessed deep within each AirPod housing, as shown above, is a pair of contacts for charging the AirPods built-in batteries. The shiny metal cap at the bottom of each AirPod surrounds the primary microphone and provides contact points for charging.

The Lightning port at the case’s bottom is used for charging via the included Lightning to USB cable. The button on the case for pairing is of a pushbutton switch variety so a press of the button closes the circuit to let current flow. 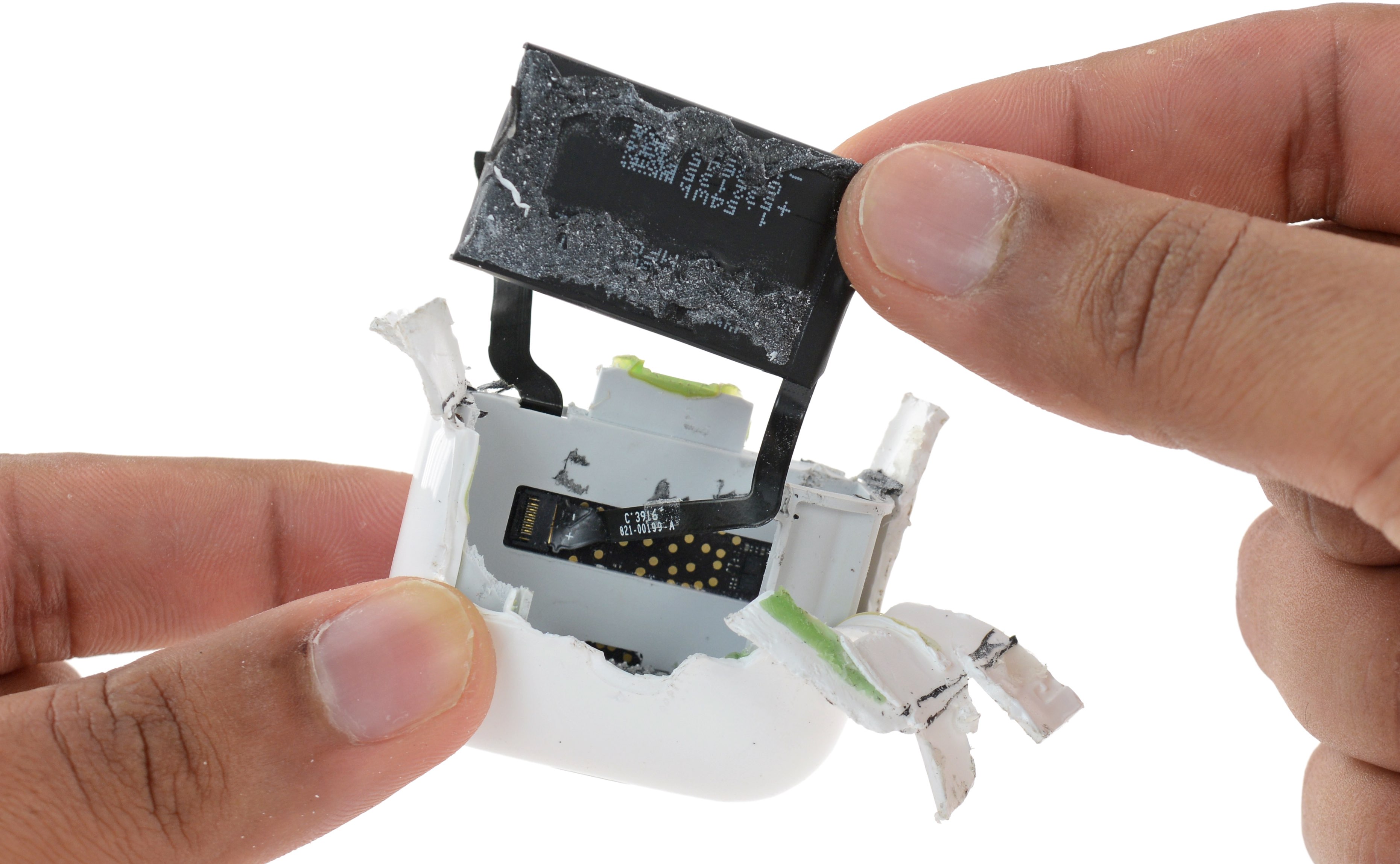 X-ray imagery of the charging case shows what iFixit described as “some quality issues in solder joints of the STMicroelectonics ARM-based Cortex-M0+ MCU chip (the STM32L072 module). “Empty spaces, known as voiding, could be evidence of low quality standards, or a rushed product release,” said iFixit.

The repair site went on to speculate that this could be the reason for AirPods’ delayed release. Interestingly, the charging case uses the same NXP-branded 1610A3 charging integrated circuitry as seen in iPhone 6s and iPhone SE devices and both iPad Pro models.

Summing it all up

iFixit concluded its teardown analysis by assigning AirPods a repairability score of 0 out of 10 due to a bunch of adhesive used to hold tightly packed components in place.

The inside is a series of little boards, interconnected by origami-folded ribbon cables, soldered together into one hot mess. And the charging case isn’t any better. All in all, accessing any component—including the batteries in the case and in the ‘Pods—is impossible without total destruction.

The case doesn’t fare any better in terms of repairability. Accessing any component inside the charging case is literally impossible without destroying the outer casing.

Of course, when products are glued shut and soldered together like AirPods, it costs recyclers more than they can earn from recovered materials. In other words, AirPods are definitely disposable and, unfortunately, totally unrecyclable.