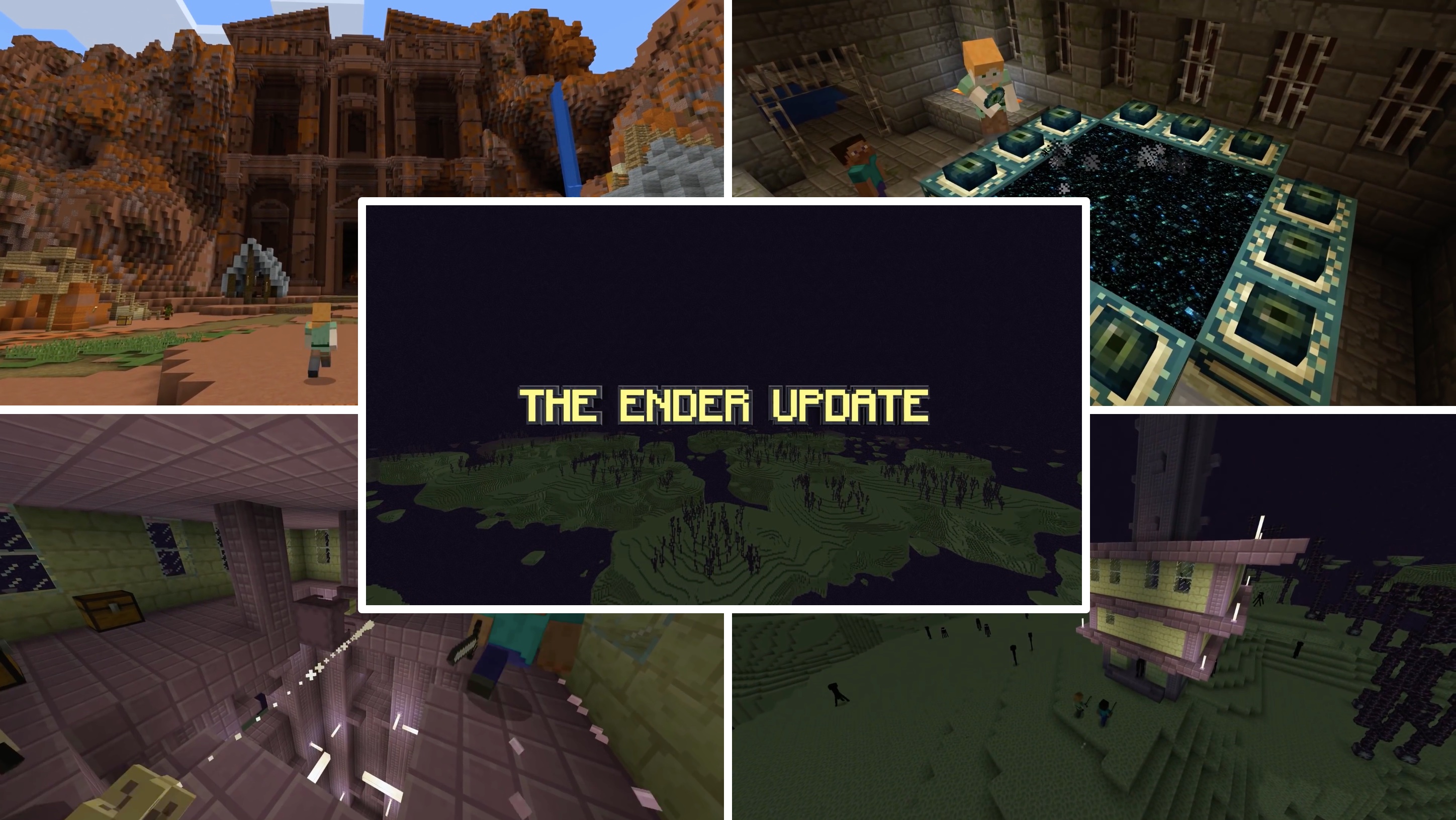 Highlighted at the “Hello again” Mac event in October, Minecraft for Apple TV is currently rolling out on the tvOS App Store. Developer Mojang also announced that Minecraft: Pocket Edition for iOS just received a big “Ender” update. Bringing the app’s version number to 1.0, the “Ender” update enables a bunch of cool features and perks.

Some of them include the ultimate boss battle, Ender Dragon, new locations like The End, additional items such as the Dragon’s Breath potion and this year’s Festive Mash-Up Pack with all kinds of holiday themed looks.

For a limited time only, Minecraft for Apple TV provides these add-ons for free:

The new Festive Mash-Up Pack is the first mash-up to hit this Minecraft edition. As seen in the trailer below, it contains a festive skin pack, texture pack and festive world.

Download this monster update if you haven’t already and start exploring the new features, worlds, characters, items and other perks in Minecraft’s “Ender” update.

Pocket and Windows 10 editions of Minecraft were also updated to version 1.0.

Minecraft: Pocket Edition is $6.99 on the App Store.