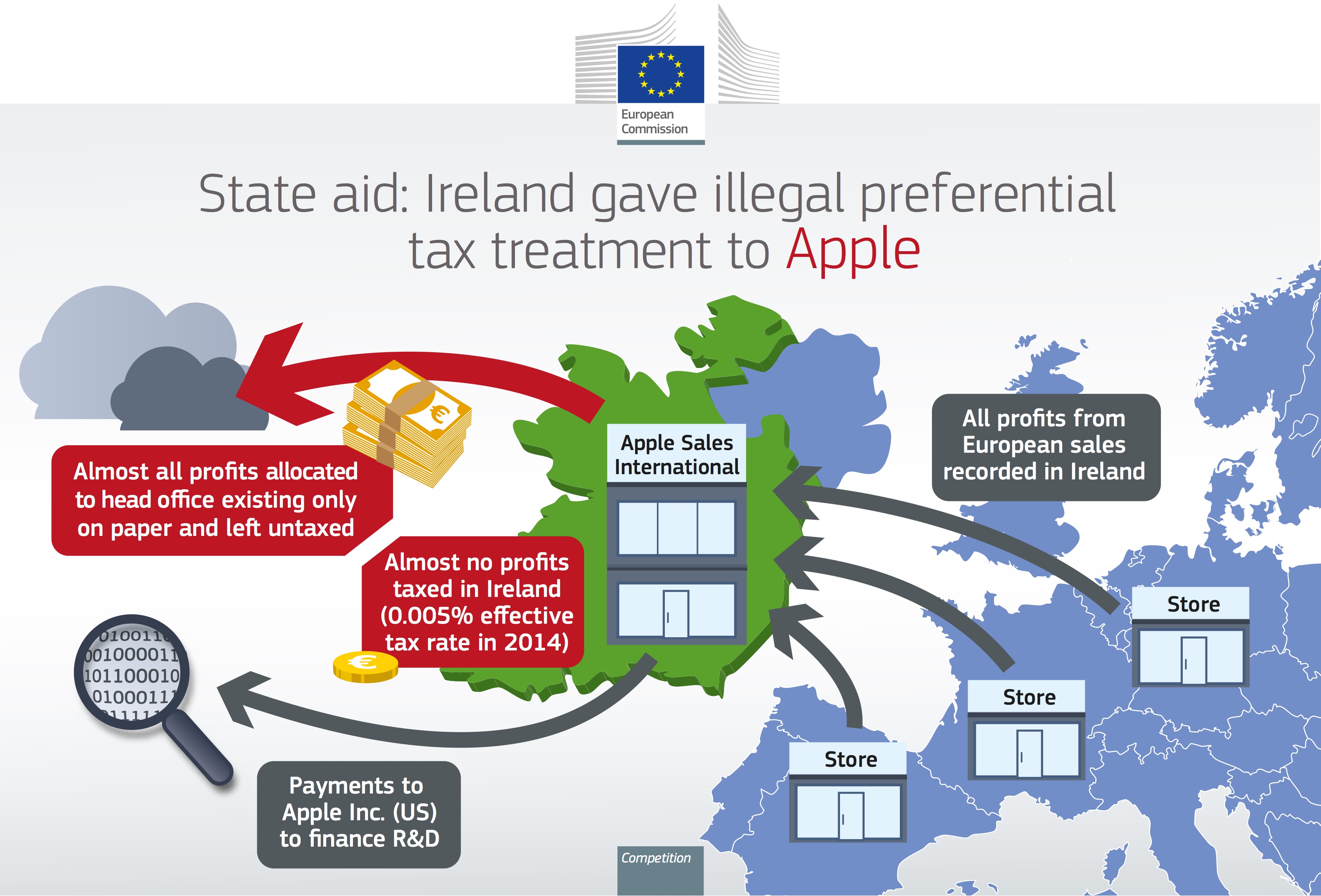 Later this week, Apple and the government of Ireland will appeal against the European Union’s $14.5 billion tax ruling targeting Apple’s sweetheart tax deal with Dublin that the EU deemed “illegal state aid.” According to Reuters today, the Cupertino firm will object to the fact that EU regulators ignored established tax experts and common corporate law.

Apple’s legal strategy involves painting itself as a victim of its own success. EU deliberately singled out Apple due to its success and picked a method to maximize the penalty, said Apple’s top lawyer Bruce Sewell.

“Apple is not an outlier in any sense that matters to the law,” said Sewell.

“Apple is a convenient target because it generates lots of headlines. It allows the commissioner to become Dane of the year for 2016,” he said, referring to the title accorded to Vestager by Danish newspaper Berlingske last month.

The Commission accused Ireland of bending international tax rules by letting Apple pay a single-digit tax rate on profits worth tens of billions of dollars in return for maintaining jobs. Both Apple and Dublin vehemently denied the accusation.

The Commission cited notes of a 1990 meeting between Apple’s tax adviser and the Irish revenue service when an Apple adviser reportedly suggested a tax ceiling of just $30-40 million. The filings show that in the last decade Apple has paid tax at a rate of 3.8 percent on $200 billion of overseas profits.

“The low rate is achieved by Apple telling U.S. tax authorities that the profits are earned by Irish units,” Reuters explains. “Meanwhile it tells Ireland the profits are not earned in Ireland.”

Apple hopes U.S. president-elect Donald Trump will enact tax reforms that would let it repatriate some of its cash hoard held overseas at a significantly lower corporate tax rate than 40+ percent, Sewell said.

He went on to underscore that the Irish government put in an expert opinion from “an incredibly well-respected Irish tax lawyer” and said Apple will tell judges that the European Commission disregarded tax experts brought in by Irish authorities.

“The Commission not only didn’t attack that—didn’t argue with it, as far as we know—they probably didn’t even read it. Because there is no reference (in the EU decision) whatsoever,” Sewell said.

Having sided with Apple, Ireland has been cheering in favor of Apple in this case and refused to collect the $14.5 billion tax bill from the Cupertino company.