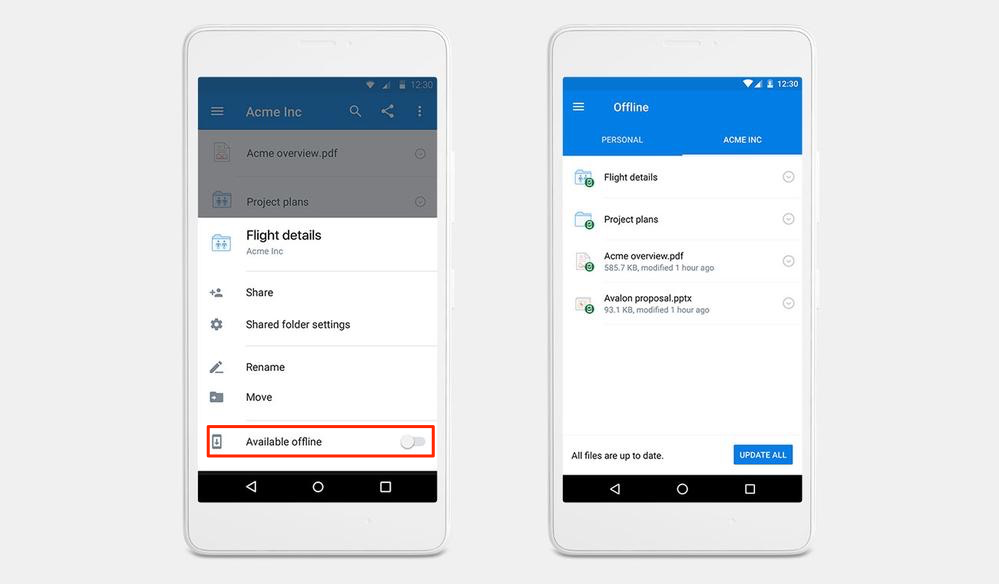 Popular cloud-storage service Dropbox has refreshed its iPhone and iPad application on the App Store with three new features: bulk-renaming of photos, offline folders and recent save locations. In addition, the company announced a major infrastructure push enabling faster sync speeds thanks to several new proxy servers established across the globe, including accelerators in California, Texas, Virginia, New York, Washington, the UK, the Netherlands, Germany, Japan, Singapore and Hong Kong.

Before today, Dropbox for iOS supported downloading individual files to the device so they would be available without an Internet connection. In the refreshed app, you can now make whole folders available for offline access.

Just tap the downward-pointed arrow next to a folder in your file list to access options, then slide the Available Offline toggle to the ON position.

This saves the entire folder on your device and makes it available offline. Offline folders will gradually roll out to everyone over the next few days, Dropbox has said.

Dropbox now displays a list of your most recent save locations during the upload process and lets you rename photos in bulk when manually uploading them. Bulk renaming is a staggered rollout and should launch on iOS over the next few days.

An upcoming version of the desktop Dropbox client will feature more responsive and faster than ever Selective Sync and other perks. As of November 21, Dropbox no longer supports Microsoft’s Internet Explorer 9, a change in line with the industry trend as many other large companies have already announced that they’re deprecating support for IE9.

Dropbox for iOS still doesn’t support iOS’s edit-in-place functionality, and that’s a shame because you must basically make a new copy of a document each time you want to edit it within the mobile Dropbox app.

Dropbox for iOS is a free download from the App Store.