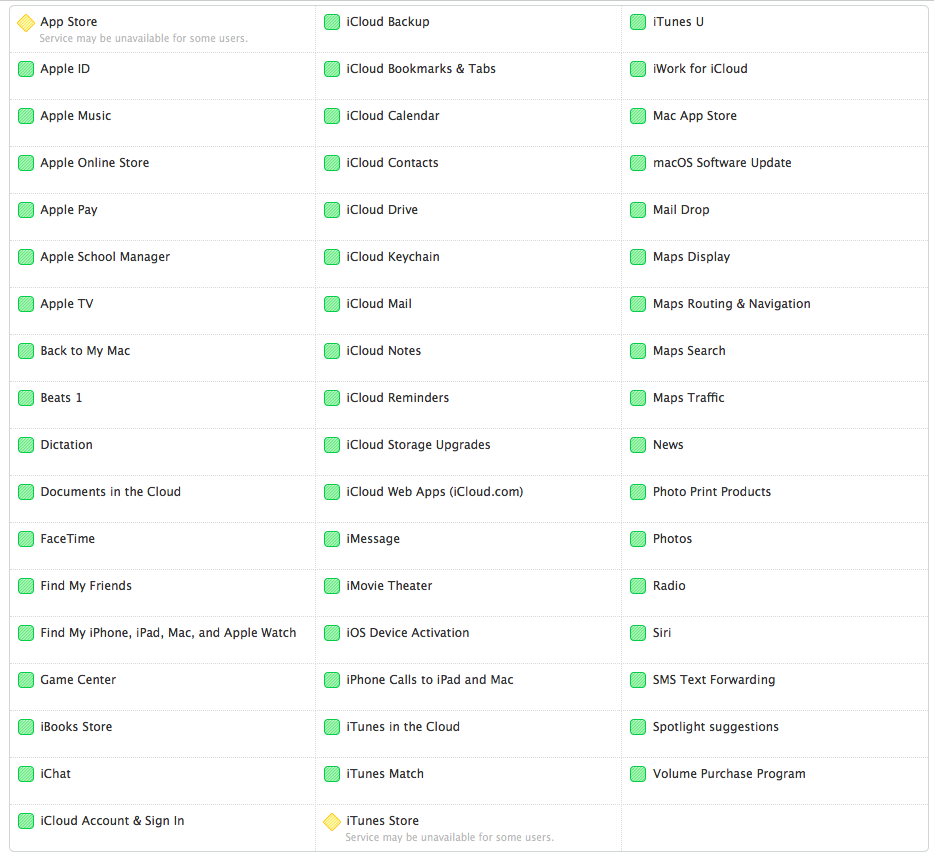 Some owners of iPhone and iPad devices may experience difficulty purchasing apps and media from Apple’s digital content stores because they’ve been experiencing issues since about 12:30pm Pacific / 3:30pm Eastern Time. According to Apple’s iCloud Status Page, some folks may be unable to make purchases in the iTunes Store, Mac App Store and App Store. We’ll update the post as soon as these problems have been resolved.

Update 3.15pm PT: everything is working again, according to Apple.

Apple is usually slow to acknowledge iCloud problems on its web dashboard so it’s likely that these problems actually began some time before 12:30pm Pacific.

You may also have problems re-downloading previously purchased apps, updating apps or using the In-App Purchase mechanism. At least one commenter reported Apple Music being down, too.

Intermittent iCloud issues are nothing new: last week, for example, iCloud account services were unavailable for some people for nearly eight hours before resolved.

If you’re currently plagued with the latest hiccups affecting purchases on the App Store, Mac App Store and iTunes Store, we’d like to hear from you in the comments below.