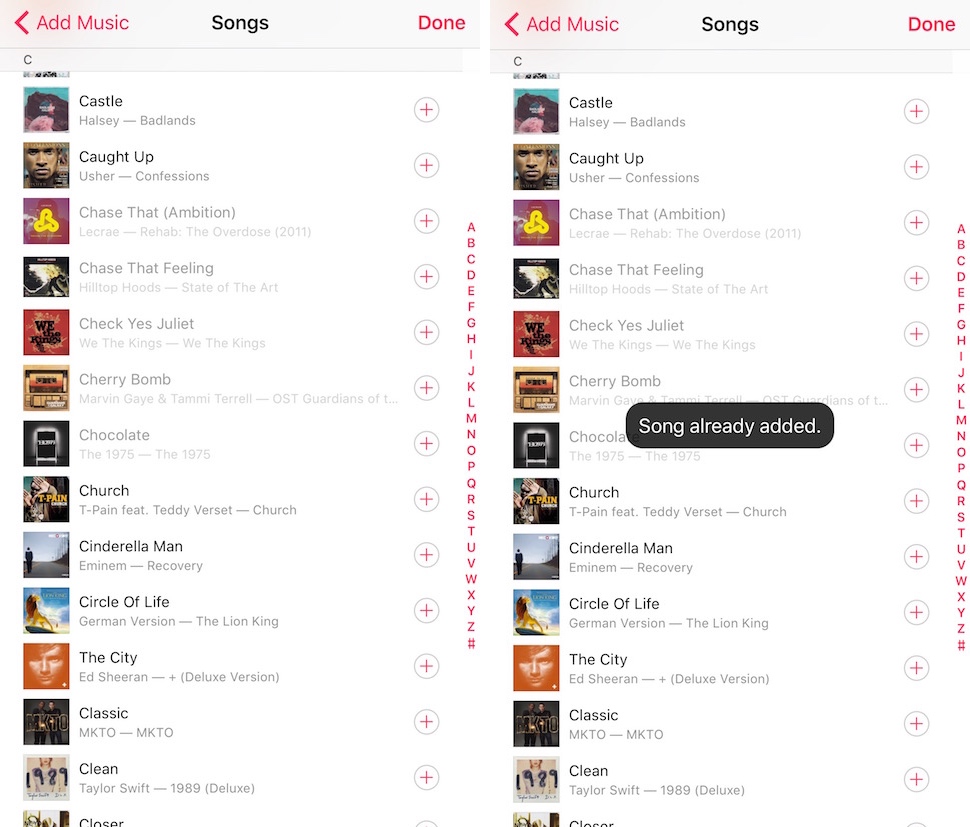 A great feature of the Music app is the ability to create song playlists so you can listen to specific jams depending on how you’re feeling and what you’re doing at a particular point in time.

On the other hand, sometimes you might inadvertently add the same song to a playlist more than once, which means you’ll have duplicate songs in the same playlist. As annoying as this can be when you’re in the middle of listening to it and hear the same song more than once, a new jailbreak tweak dubbed Dejavu aims to fix the problem.

Dejavu keeps you from adding a song to the same playlist more than once by graying out any songs in your “All Songs” list that have been added to the playlist previously.

As you attempt to add a song that’s grayed out, the tweak will even display a “Song Already Added” prompt to let you know that the song already exists in the playlist you’re trying to add it to.

The developer was very smart when he made this tweak and applied the duplicate song block to every way imaginable of adding a new song to a playlist. So, even if you’re trying to do it from the Now Playing screen as a song is playing, you’ll get the same alert saying “Song Already Added” if the song is already present in the playlist you’re trying to add it to.

Dejavu adds a preferences pane to the Settings app where you can configure a few options: 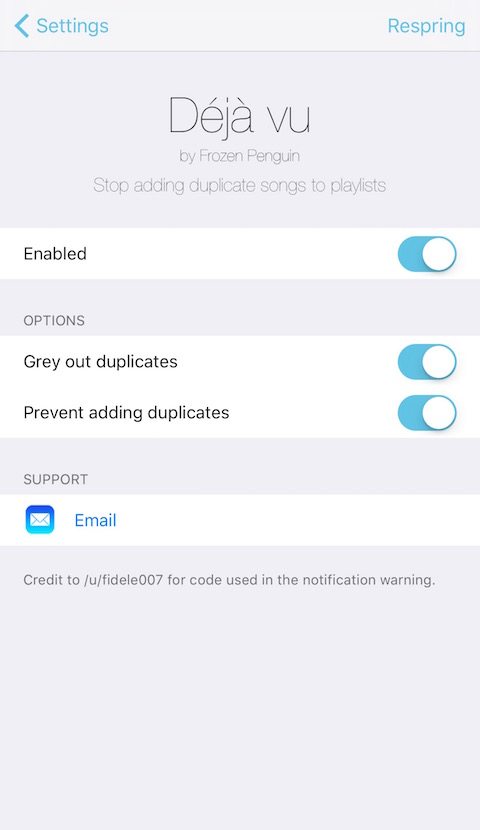 A complimentary respring button is included at the top right of the preferences pane so you can append your changes when you’re done configuring the tweak how you want it.

Because I personally know the struggle of song management in the Music app, I give this tweak an A+ in function and purpose.

I absolutely hate it when I have duplicate songs in my playlists, but because they can get pretty long, I sometimes forget what I’ve added in the past. Then, when I listen to my music and I hear a duplicate song, I rush to delete it because it annoys me to hear it more than once.

If you feel the same way and want a solution to the problem, you can pick up Dejavu for your jailbroken device from Cydia’s BigBoss repository for $1.00. The tweak is intended to work on iOS 9 only.

Do you see Dejavu as an improvement to the stock Music app? Share below!