Apple is likely to roll out an upcoming new Single Sign-On feature, which was announced back at WWDC 2016, alongside public releases of iOS 10.2 for the iPhone, iPod touch and iPad and the tvOS 10.1 software update for the fourth-generation Apple TV.

Ahead of the feature’s debut later this month, the App Store is now highlighting apps with Single-Sing On support via a special section. Single Sign-On remembers a user’s cable credentials for use in compatible video apps.

The new section is not visible to users who run a stable iOS release on their device. If you run an iOS 10.2 beta 5, go to Settings → TV Provider and tap the link “Find More Apps” at the bottom to be taken to the App Store’s dedicated Single Sign-On section.

Don’t see the link? Be sure that you’re running iOS 10.2 beta 5 or later and have set the device’s regional settings to United States because Single Sign-On is U.S.-only for the time being.

The Single Sign-On apps highlighted on the App Store are categorized by compatible TV providers. At the time of this writing, TV providers like DirecTV, Dish, Sling TV, Hotwire, CenturyLink Prism, Hawaiian Telecom, Hotwire and GVTC were listed on the store, with more to come in the future after Single Sign-On launches for public consumption.

After launching a video app that supports Single Sign-On, a prompt goes app asking for permission to use any saved cable sign in credentials. Accepting the prompt automatically logs you into the app using your saved logins. 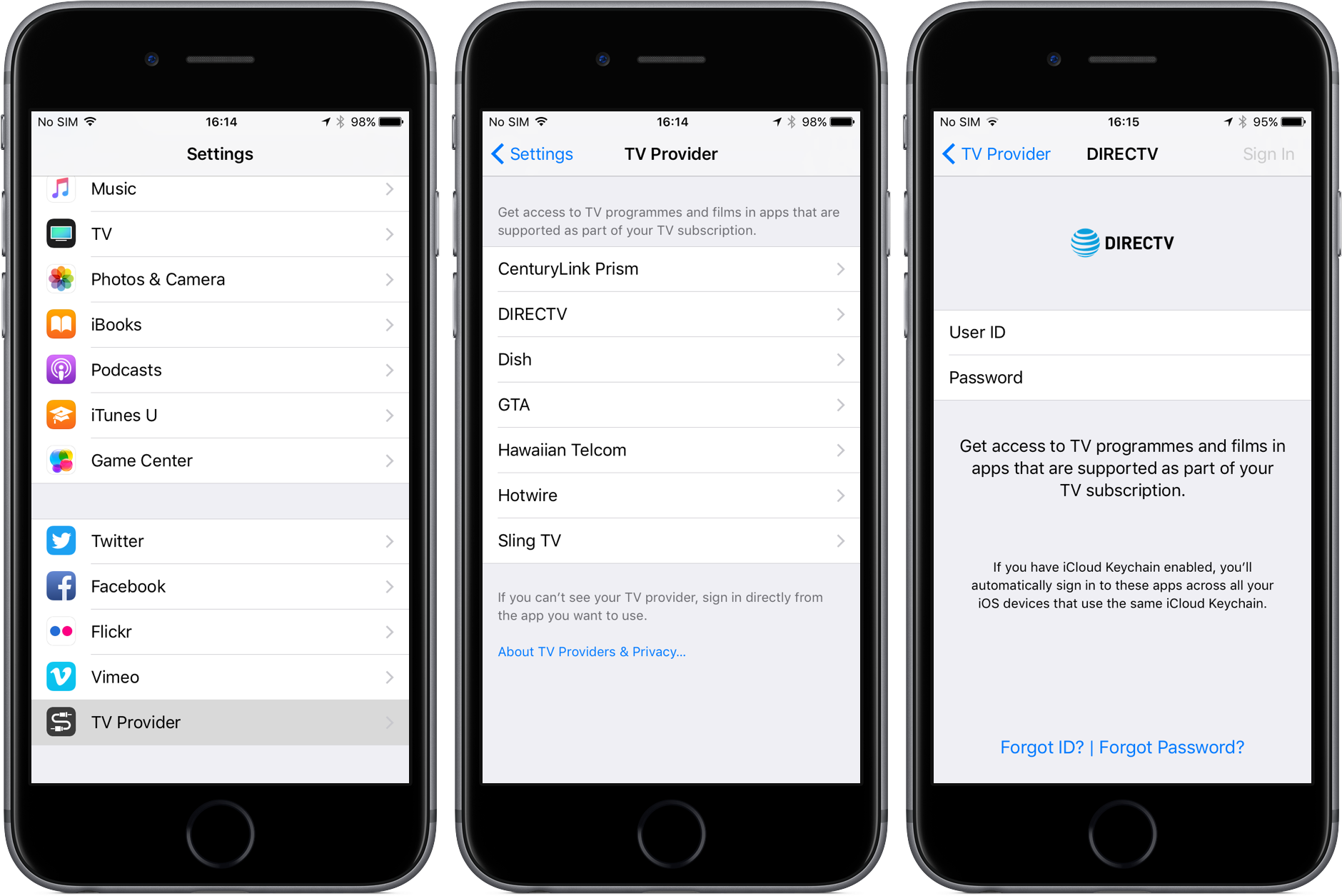 Declining permission requires you to manually sign in and authenticate with your cable service’s username and password.

As shown, Dish Network satellite TV subscriber can sign in once with their sign in credentials in the Settings app on their iPhone, iPad, iPod touch or Apple TV to be signed in automatically in video apps like Watch Cooking Channel, Watch DIY, Watch Travel Channel, Hallmark Channel Everywhere and Watch Food Network.