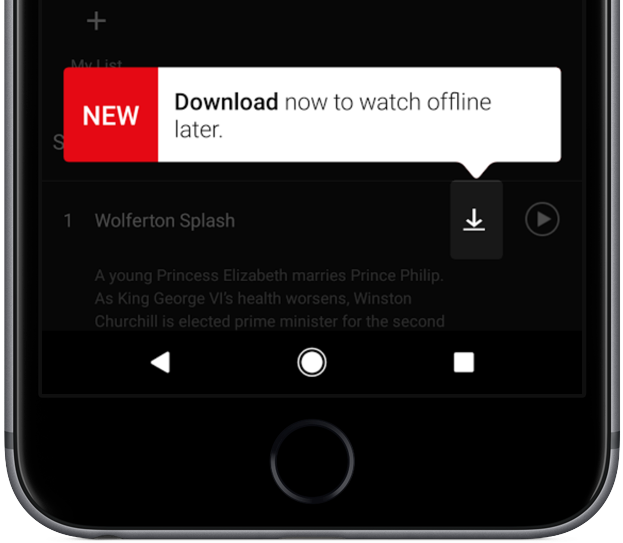 Following reports back in the summer that offline viewing would be coming to Netflix “by the end of the year,” the company said that it’s starting to roll the feature to users around the world beginning today. A new Download button appears in the mobile Netflix app on select shows that can be watched without an Internet connection, including popular shows like “Narcos,” “Orange is the New Black,” “Stranger Things” and “The Crown”. Offline support for more shows will be added over time, said the firm.

By tapping the Download button on the details page for a film or TV series, the app downloads content to the device so you can watch it later without an Internet connection. As mentioned, select shows like “Orange is The New Black”, “Narcos,” “Stranger Things” and “The Crown” are available for download today. Netflix will be gradually enabling offline support for more shows and movies in the weeks and months to come.

You can browse downloadable titles by selecting Available for Download from the menu. Once the title has completed downloading, you can access it from the My Downloads section. In Netflix settings, tap Video Quality under the Downloads heading to select either Standard or Higher video quality for your downloads.

To use offline playback in Netflix for iOS, update the app to the most recent version through the App Store. Offline playback requires iOS 8.0 or later. Be sure to download shows while you’re connect to Wi-Fi to avoid unwanted cellular data charges.

Grab Netflix for iOS free from the App Store.