Got tired of the new Apple TV’s gorgeous Aerial screen saver on your Mac? How about Google’s own screen saver that ships on Chromecast, Fiber and Pixel devices? Your wish is Google’s command: yesterday, the search giant released the stunning Featured Photos screen saver for macOS.

As its name suggests, the app adorns your Mac’s built-in display and any external screens with a striking plethora of highest-rated photographs that users publicly posted on Google+. Download the app straight from Google at no charge and let us know what you think in the comments.

From striking skylines to captivating vistas, talented photographers share beautiful, eye catching work on Google+ every day. To bring these photos to a wider audience, we’ve long showcased a selection of them on TVs and monitors around the world via Google Fiber and millions of Chromecast devices.

Google may even feature your own photos.

“If you enjoy taking photos and would like to have yours considered, all you have to do is share them publicly on Google+,” explains the company. Avid photographers who want to increase their chance of being considered are encouraged to join the Google+ Create program.

If you don’t want to be considered, you can turn this option off in your Google+ settings.

After grabbing the installer, double-click the .DNG file in your Downloads folder to mount the virtual volume. Now double-click the file “Google Featured Photos.saver” to install the screen saver on your machine. 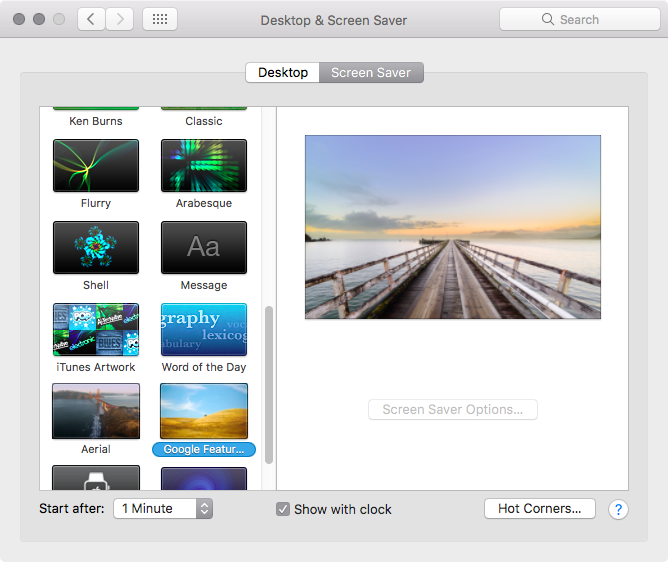 Select Google Featured Photos in the list of screen savers in the lefthand column and click the popup menu next to Start After to select a period of inactivity that will invoke the screen saver. As Engadget notes, the app protects your privacy by filtering out any photos with people on them. 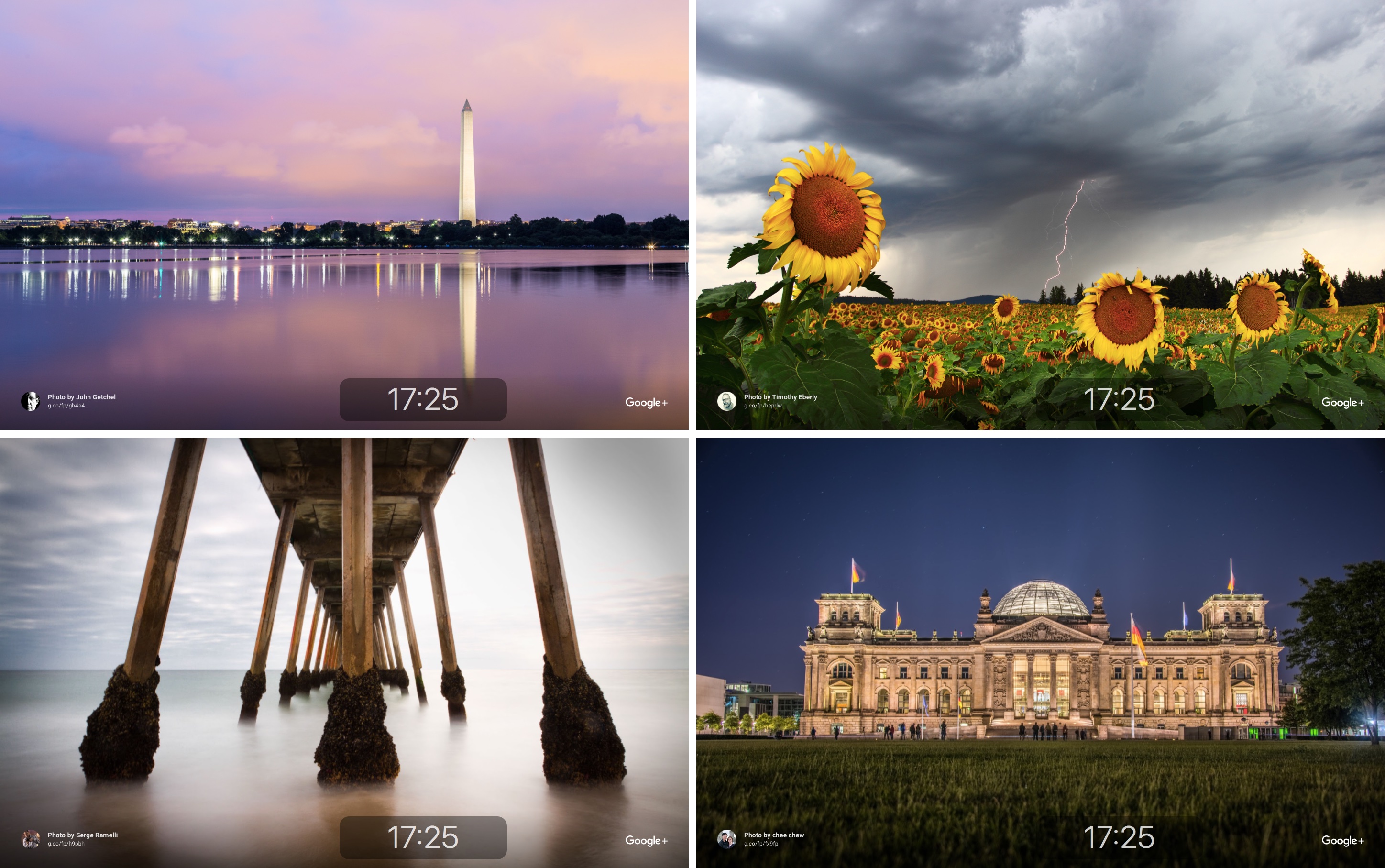 Every time the screen saver is previewed or started, you’ll be greeted with a fresh new photograph sourced from the Google+ network along with its credit, current time and Google+ branding.