Microsoft’s version of Solitaire has been available on Windows PCs for more than 25 years, but up until now the game has not expanded to other platforms. With Microsoft Solitaire Collection for iOS, the Windows maker is finally bringing its version of the classic card game to the iPhone, iPad and iPod touch. Available free in the App Store, the app includes 5 of the top Solitaire games that you can play for free—Klondike, Spider, FreeCell, Tripeaks and Pyramid.

As a bonus, daily challenges will extend longevity of the game and built-in support for Xbox Live will keep your achievements, competitions and game progress in sync between Windows 10 and iOS devices.

As mentioned, the game offers daily challenges where you play “new guaranteed solvable challenges” in all five game modes with four levels of difficulty every day. By completing Daily Challenges, players will earn badges and rewards. 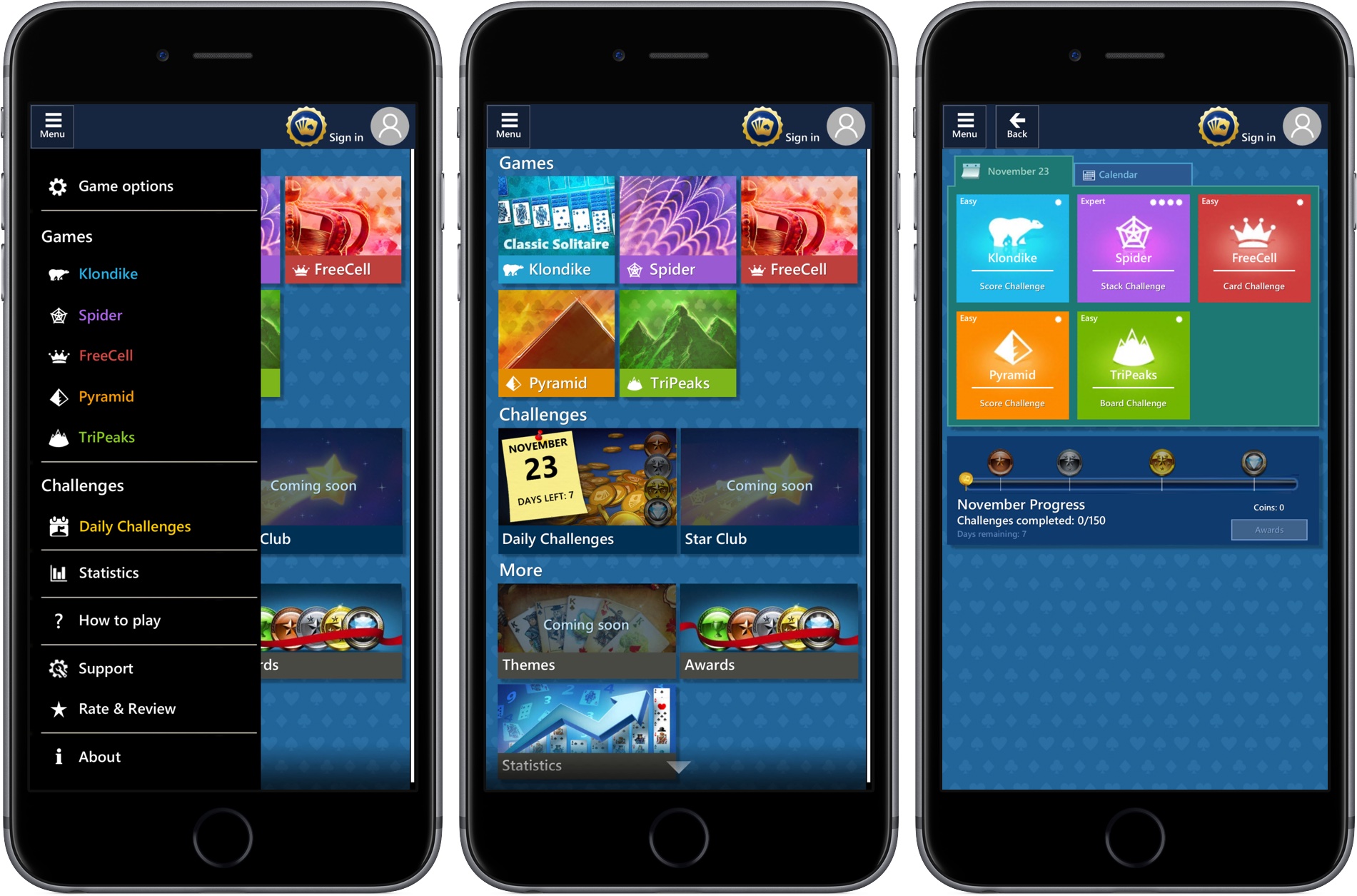 Here’s the description of the five Solitaire games included in the app:

The 166-megaybte download includes an optional $1.99 per month subscription to remove advertising, double rewards bonuses and enable other perks.

The game requires iOS 8.0 or later.

Grab Microsoft Solitaire Collection for free in the App Store.