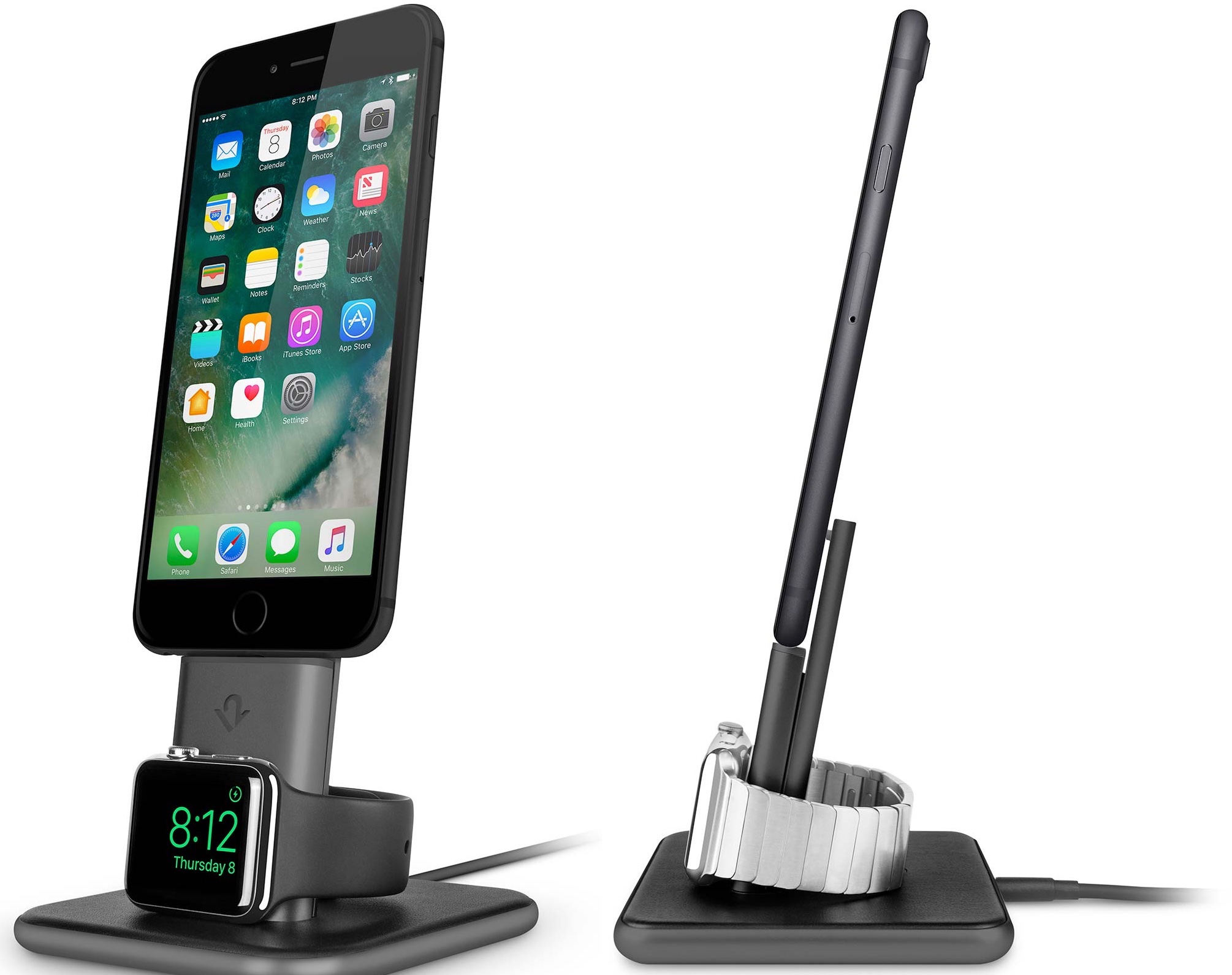 But what if you own an iPhone and an Apple Watch and need a stand that can charge both devices at the same time? That’s exactly what HiRise Duet does for you. In fact, it’s the first dual charging stand that powers up your Apple Watch in Nightstand mode.

A $119.99 purchase gets you a fully assembled stand with an integrated Lightning connector for iPhone, a built-in magnetic charging disc for your Apple Watch and a single AC power cable to charge both devices simultaneously.

As a bonus, you get a bunch of international wall plugs.

The Duet weighs one pound, or as much as three iPhone 7’s, so it won’t get dragged across the nightstand from the weight of the power cord like plastic stands tend to.

The accessory should look great on your desk withs its accented soft layer of premium napa leather and rubberized bottom to keep it firmly in place on your nightstand or desk. It’s 3.75-inch square space-saving footprint is smaller than most single chargers and it supports charging the watch in Nightstand mode. 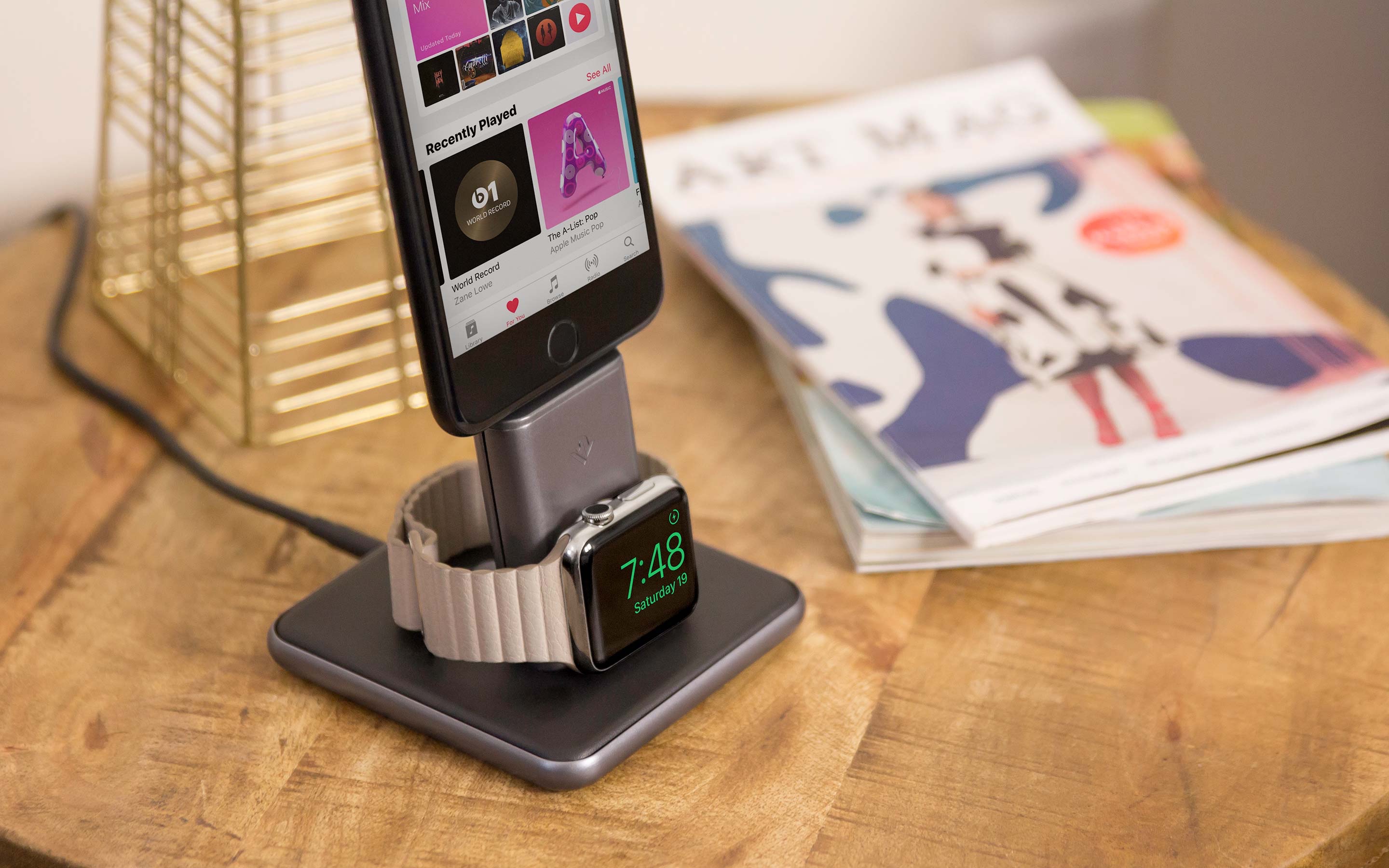 Simply wrap the band of your watch around the Duet’s base, set your iPhone on the Lightning post and you can hit the bed knowing you’ll wake to two fully charged devices.

Previous HiRise stands required manual assembly and you had to route the cables out of them. Thankfully, the Duet has much improved cable management. As mentioned, this charging stand ships fully assembled with all of the connectors and cables already in place. 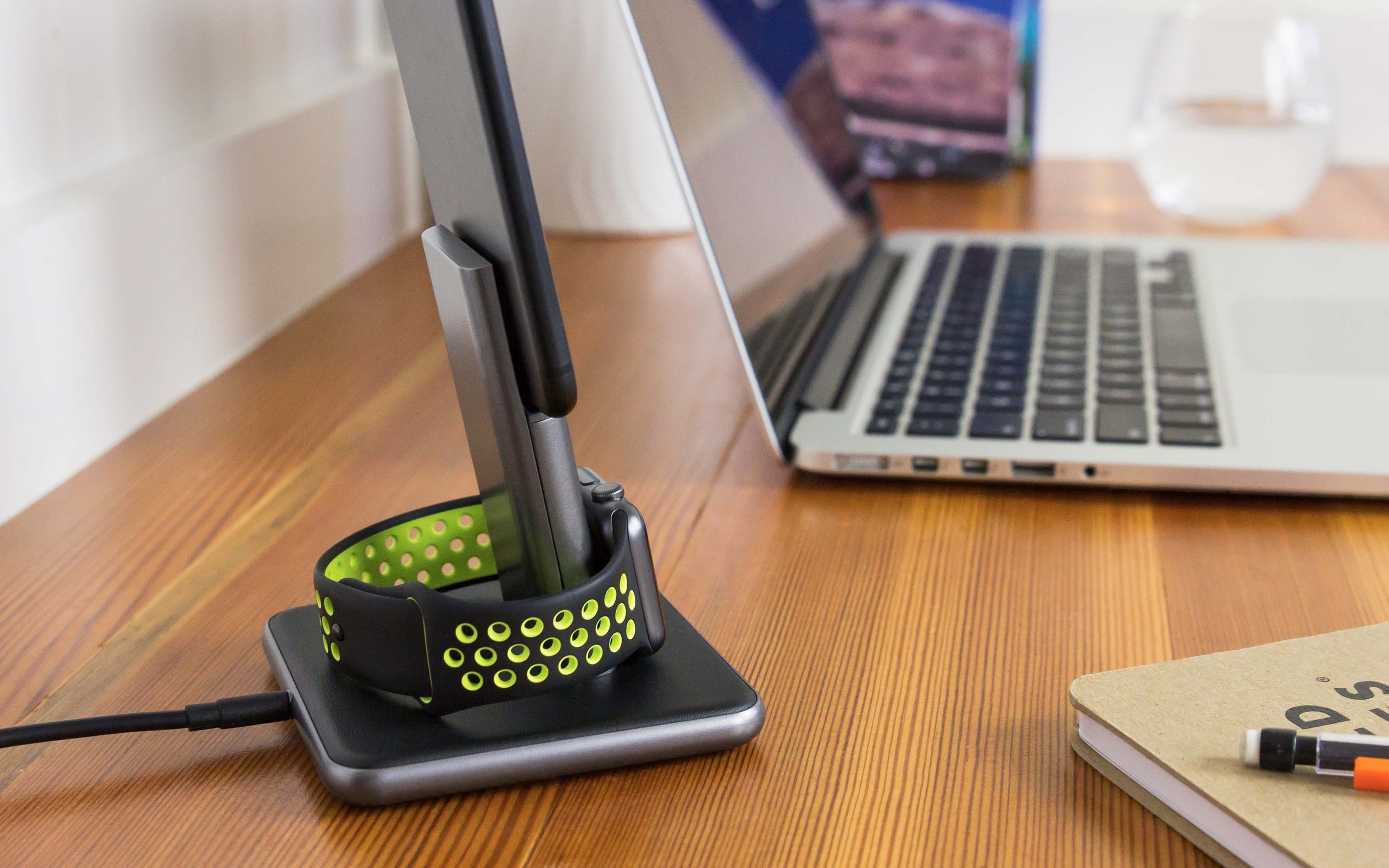 Twelve South estimates that the included cables, connectors and plugs would set you back under $200 if purchased separately from Apple so this is something to keep in mind when making an informed purchasing decision.

“Competitively, Apple’s own Watch charging stand is $80 while Belkin’s dual charging station is $10 more and does not support nightstand mode,” says the firm. 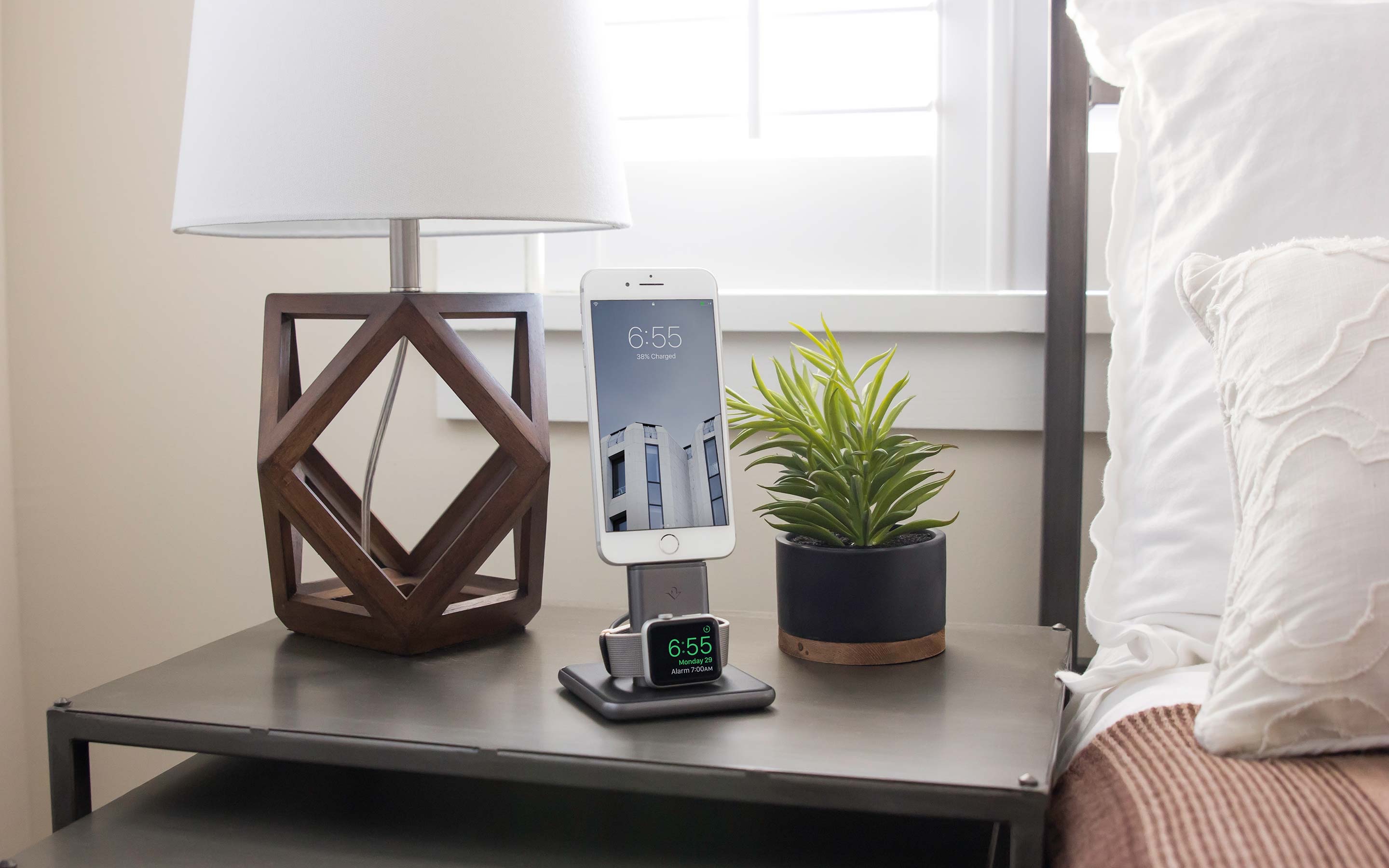 If you have a non-iPhone iOS device, you’ll be pleased to know that the Duet has been crafted to also work with the original iPad mini, iPad mini 4, 9.7-inch iPad Pro, in addition to any iPhone model from the iPhone 5s onward.

Thanks to the rear support that slides back and forth, you can adjust the stand to fit the dimensions of your device or accommodate phones in protective cases or minimal shells. Twelve South claims the Duet works with most cases and sleeves, including its own BookBook case. 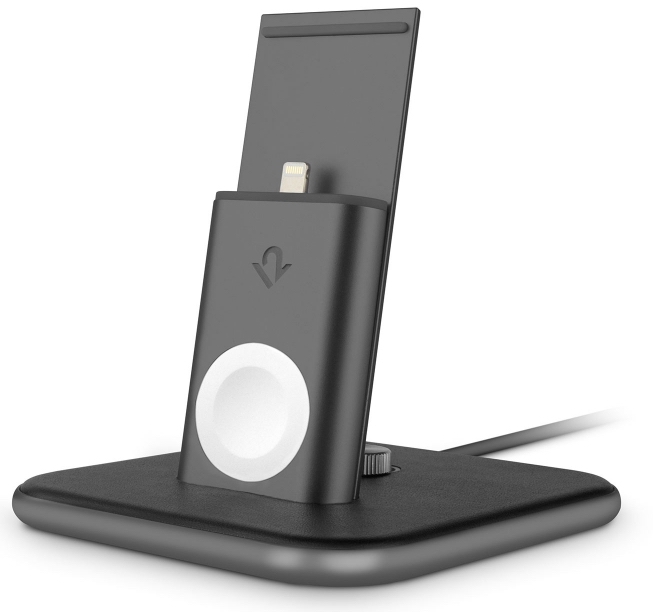 The HiRise Duet is available in Space Gray-like colorway and can be purchased for $119.99 a pop.

If you’re interested in other solutions from Twelve South, be sure to check out the Fermata, a gorgeous stand that holds and charges your headphones [Review].