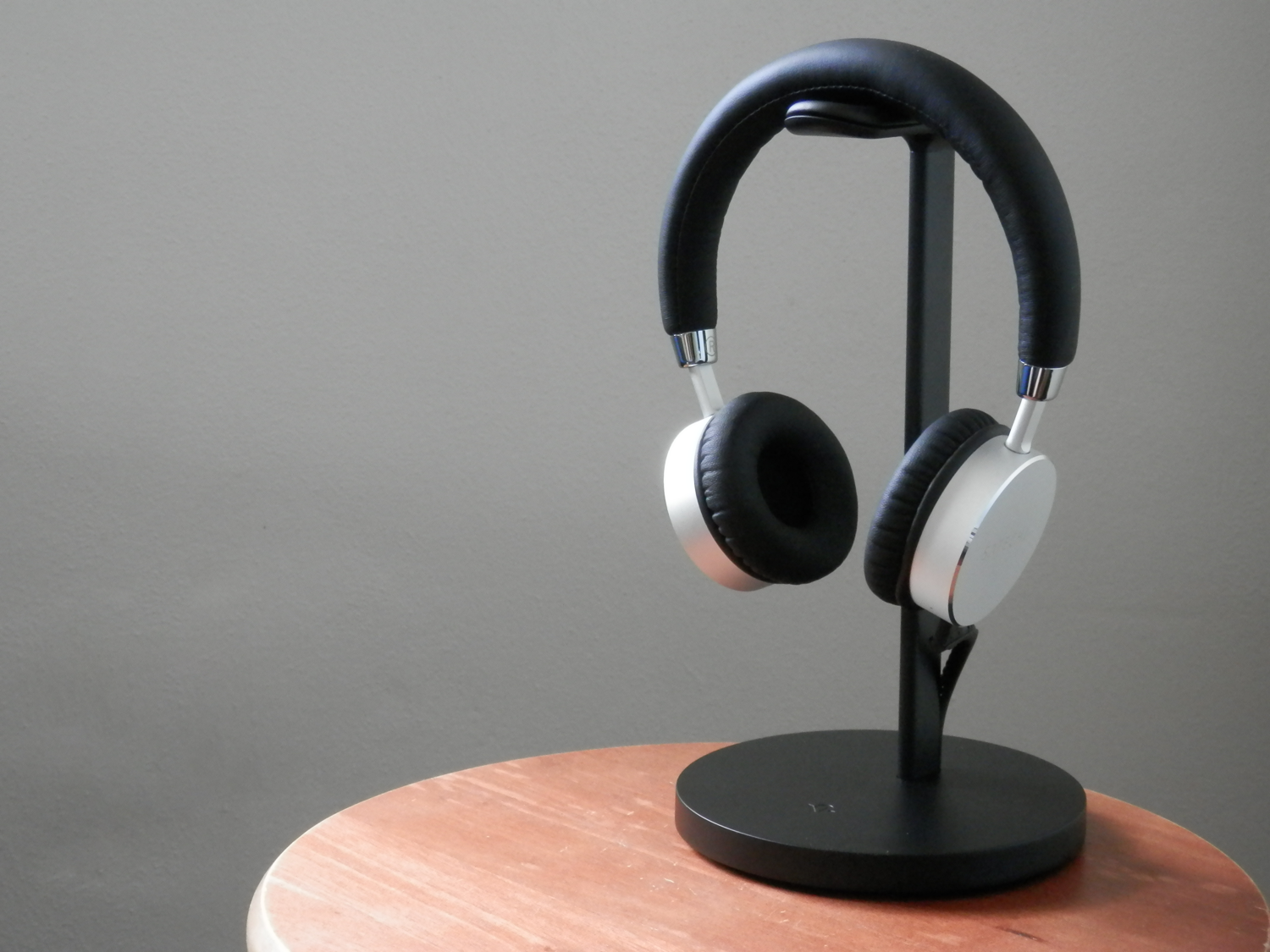 With the removal of the 3.5mm headphone jack on the iPhone 7 & 7 Plus, it doesn’t take a rocket scientist to predict that many people will be moving to wireless Bluetooth headphones instead of wired ones.

Twelve South’s new Fermata charging stand for wireless headphones is a great accessory to have if you’re one of those people. It’ll keep your headphones out of your way on your desk while they charge, and it looks great too!

Constructed of a high quality anodized aluminum, and available in black or silver, it will look great on your computer desk and all your accessories easily or night stand.

It ships to you in pieces, so you’ll have to assemble it yourself. It’s easy; there’s just one screw that holds the stand to the base and a hex tool is included to fasten it all together. You’ll have to insert the small Micro-USB charge cable into the base before you attach the stand, as noted by Twelve South’s instructions. 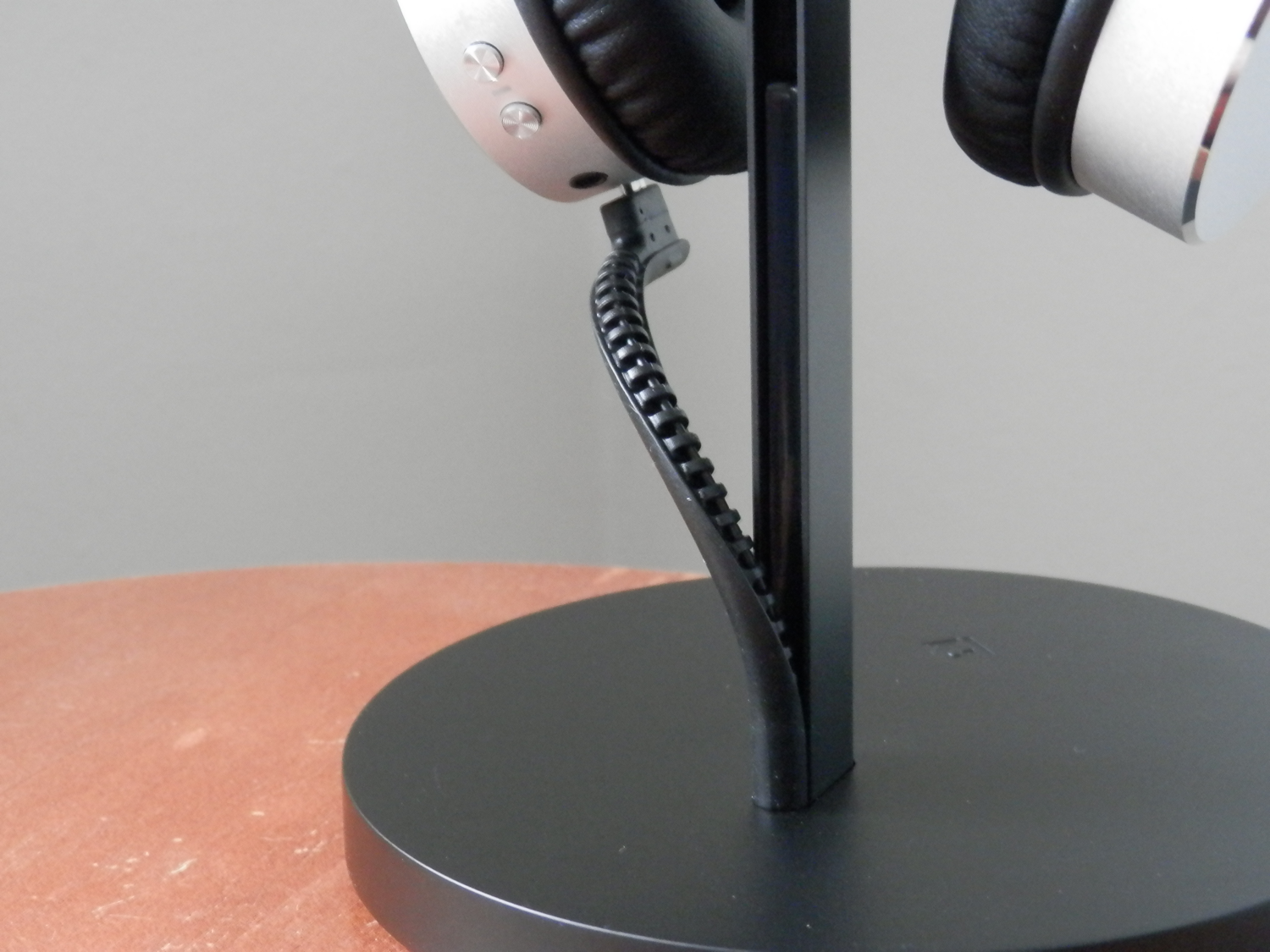 The stand relies on Micro-USB to charge headphones, so it works with any set of headphones that take this particular type of connection to charge, such as Apple’s Beats Solo wireless lineup among many other third-party options, such as these Satechi Bluetooth headphones.

Included is a secondary long Micro-USB cable and an AC adapter so you can plug it into your wall behind your desk. This cable will plug into the bottom of the unit, and any excess wire can be discreetly wrapped around the base. 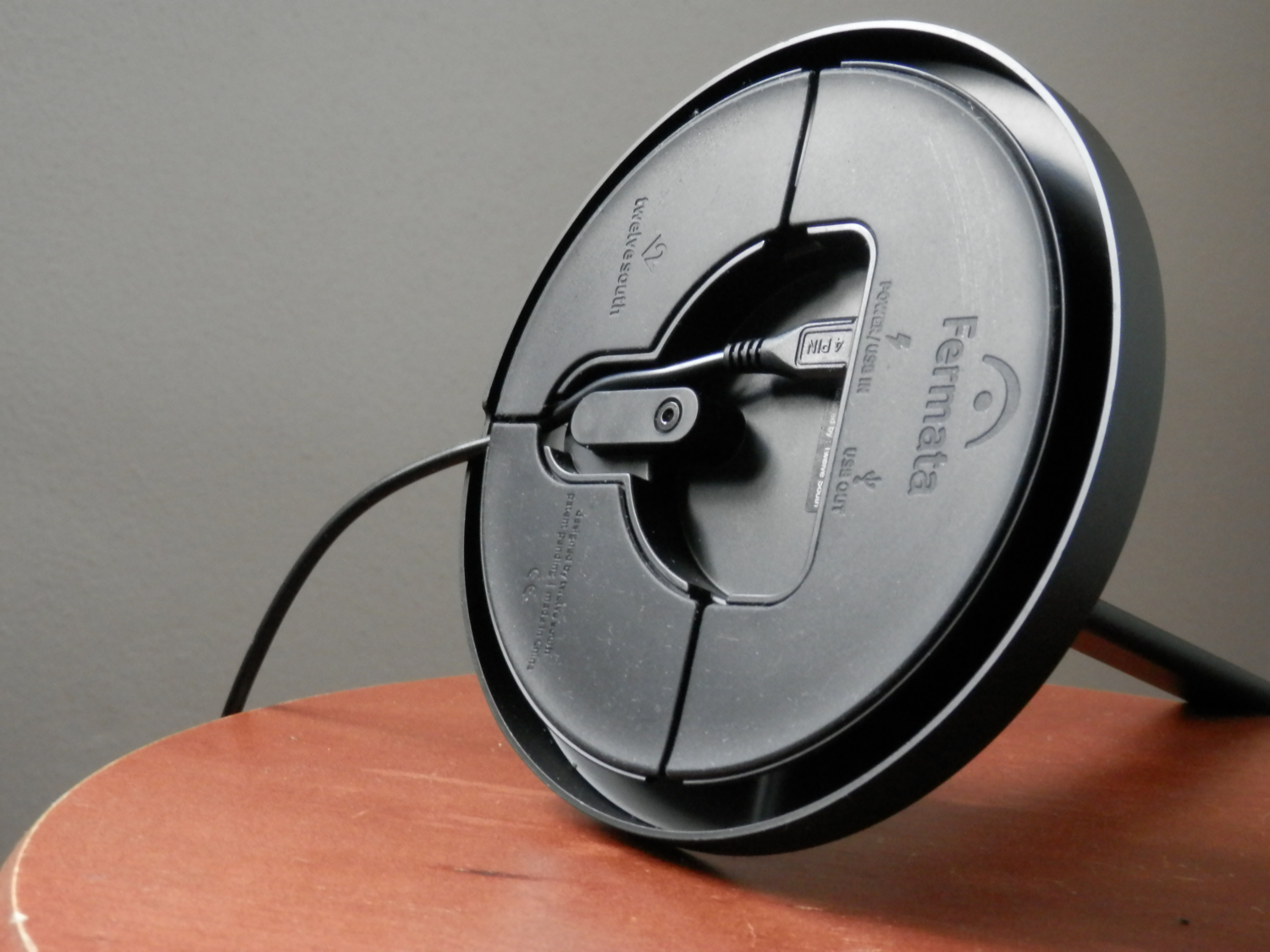 Once it’s plugged in, it will transfer its power to the smaller Micro-USB cable that you attached to the stand, and this is ultimately what will charge your headphones. You’ll notice the bottom also has a USB-A plug, which can be used as a charging port for your iPhone by plugging your Lightning cable into it.

The top of the stand has a leather seat, which is of high quality and grips the headphones nicely so they don’t slip around while they’re sitting on the seat. Notably, the bottom of the seat is constructed of plastic, which I thought was kind of strange considering the higher end materials used throughout the rest of the Fermata. 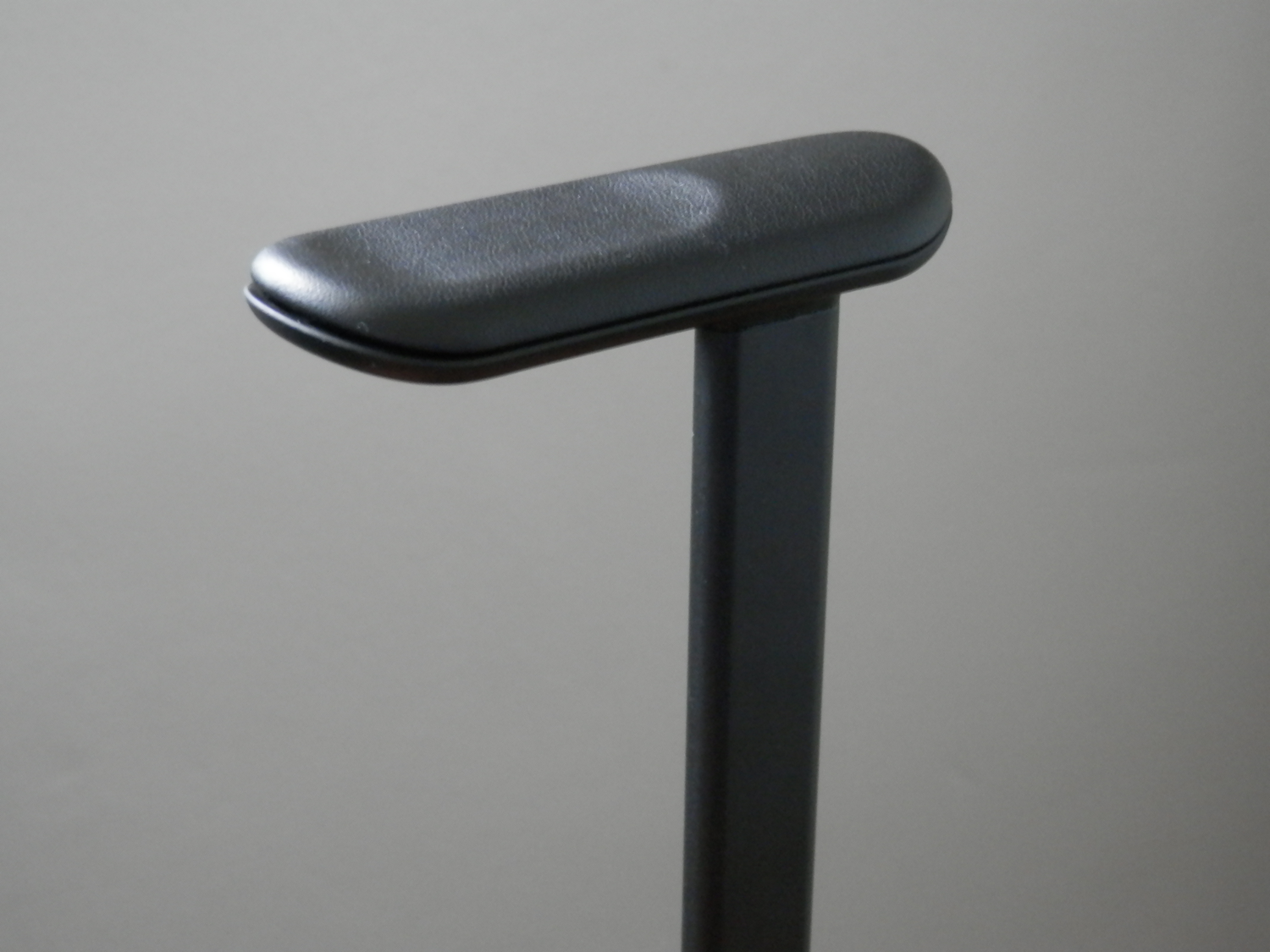 Overall, I have to say this is one of the nicest looking headphone stands out there, and the integrated Micro-USB cable, which can be tucked away when not in use, means you won’t need to have a slew of cables running across your desk anymore. This tidies things up, giving your desk a much more organized look.

Here’s a short list of pros and cons I’ve put together summarizing my thoughts on the Fermata:

If you’re interested in picking up one of Twelve South’s Fermata stands, you can do so on Amazon for $79.99.

What are your thoughts on the Fermata? Share in the comments below!