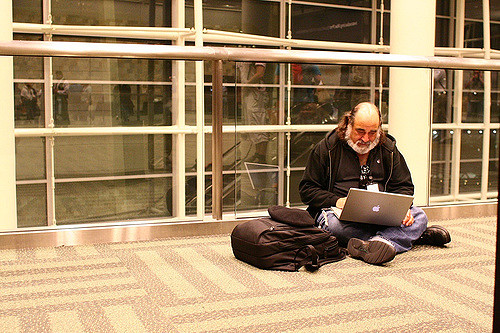 Beloved engineer and evangelist Sal Soghoian has announced that he is no longer employed by Apple. He says the move is the result of the company eliminating his position as Product Manager of Automation Technologies for “business reasons.”

Soghoian is a software developer that has been at Apple since 1997. During his tenure, he advanced a wide range of user automation technologies including UNIX CLI, JavaScript, AppleScript, Automator, and scripting support for several stock apps.

Q. I hear you no longer work for Apple; is that true?

A. Correct. I joined Apple in January of 1997, almost twenty years ago, because of my profound belief that “the power of the computer should reside in the hands of the one using it.” That credo remains my truth to this day. Recently, I was informed that my position as Product Manager of Automation Technologies was eliminated for business reasons. Consequently, I am no longer employed by Apple Inc. But, I still believe my credo to be as true today as ever.

Q. What does the termination of the position of Product Manager of Automation Technologies mean for the future of user automation in macOS?

A. Ask Apple. Seriously, if you have any questions or concerns about the future of user automation, ask Apple. If user automation technologies are important to you, then now is the time for all good men and women to reach out, speak up and ask questions. The macOS user automation technologies include: UNIX CLI (shell, python, ruby, perl), System Services, Apple Events (JavaScript, AppleScript, AppleScriptObj-C, Scripting Bridge), Automator, Apple Configurator (AppleScript, Automator), and Application scripting support in Photos, iWork, Finder, Mail, and other Apple applications.

Soghoian plans to return to consulting, and promises his websites will stay up for the foreseeable future. He says it’s important to him to provide “decent, usable information about user automation — and that goes double for the accessibility community.”