Apple dropped quite a bombshell at its iPhone 7 event two months ago when it announced Super Mario would be coming to the iPhone in the form of a brand new endless platformer specifically designed for one-handed gaming, called Super Mario Run.

Super Mario Run is scheduled to hit the App Store on December 15 as a free download for the iPhone, iPad and iPod touch with an optional $9.99 upgrade to give you unrestricted access to the game’s three modes.

Once you try elements of these modes for free, you can gain unlimited access in exchange for a one-time $9.99 upgrade via the In-App Purchase mechanism.

“The wait is almost over for a Super Mario game that can be played on mobile devices,” said Doug Bowser, Nintendo of America’s Senior Vice President of Sales and Marketing.

Developed under the direction of Mario creator Shigeru Miyamoto, Super Mario Run brings a new take on beloved action-platforming gameplay to iOS for the first time. 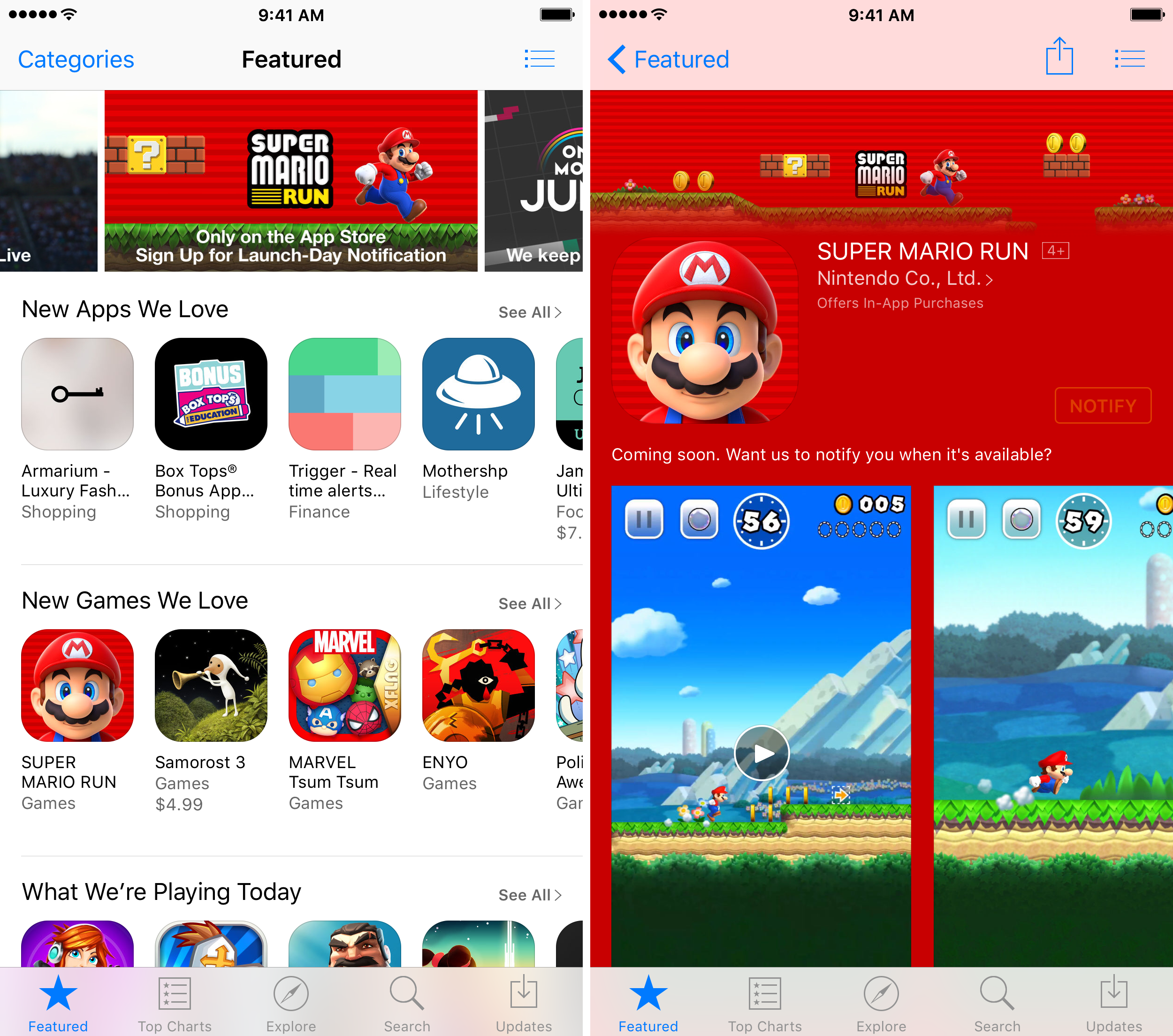 The game has the simplest control scheme imaginable: your character runs forward on his own, but relies on the tap of a single finger to jump over obstacles, avoid enemies, pull off stylish moves, collect coins and reach the flagpole to complete courses.

We’ll of course have the full review as soon as the game launches.

In the meantime, feel free to download the official Super Mario Run sticker pack for iMessage or sign up on the App Store to be notified as soon as the game releases.

Super Mario Run marks the first-ever mobile game featuring the most iconic video game hero of all time. The game requires iOS 8 or later and is scheduled to launch in 151 countries and regions, listed on Nintendo’s website.