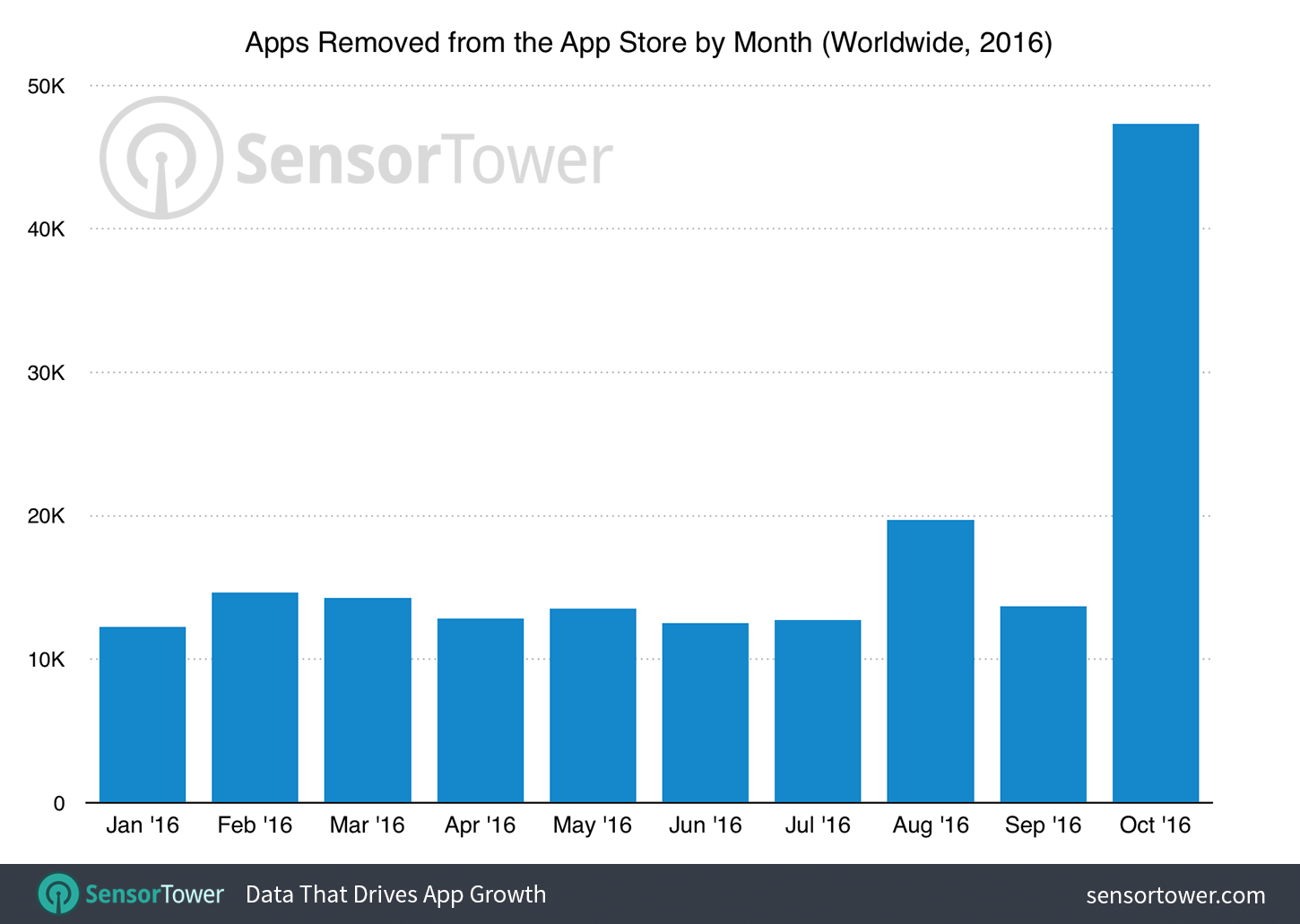 The Great App Store Purge, announced in September, has resulted in the removal of nearly 47,300 outdated, abandoned or non-functioning iPhone, iPad and iPod touch apps from the App Store in October.

That’s a 238 percent increase versus the previous month and about 3.4 times more than the average month for the App Store prior to the Great Purge, according to data from research firm Sensor Tower shared by TechCrunch.

Curiously, mobile games are seeing the most deletions—around 28 percent of the 47,300 total apps removed last month were games. This doesn’t come as a shock given “Games” is the most popular and most-trafficked software category on the App Store.

Although Apple has been removing non-functioning apps and apps that don’t meet its guidelines since the App Store’s inception, this new removal of nearly 50,000 apps in October is around 3.4 times higher than the monthly average of 14,000 for the months of January through September.

Infrequently updated apps are often stuck in the past and don’t support modern features. Typically, these zombie apps (as we’re calling them) don’t support native display resolutions on larger-screened iPhones, are not optimized for Low Power Mode, Touch ID and 3D Touch or lack support for other platform features Apple introduces with each major iteration of the iOS operating system.

As we reported earlier, Apple began purging outdated apps form the App Store at the end of September, sending notices to developers of apps that have not been updated in a long time or no longer function as advertised.

If an update is submitted for review within 30 days and Apple approves it, the app stays in the store. If a new build is not submitted within 30 days, or is rejected by Apple’s editorial team for whatever reason, the app gets yanked from the store.

Users who downloaded an app before its removal shall experience no interruption to services and will still be able to buy In-App Purchases, according to Apple. Any previously downloaded apps that got removed from the store can also be restored from a user’s iCloud or iTunes backup.