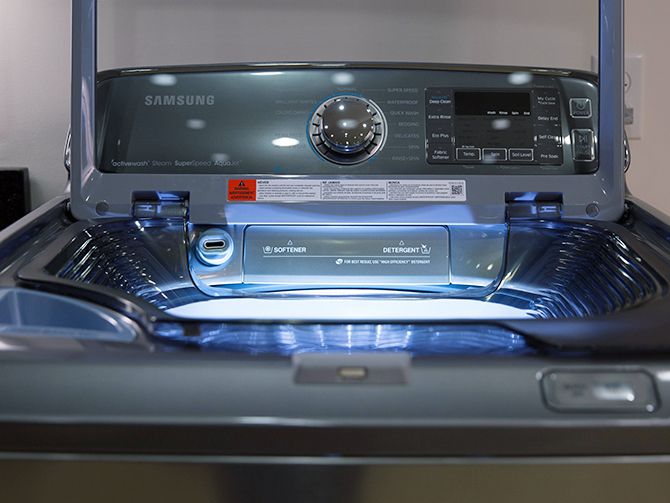 Samsung on Friday announced that it is recalling 2.8 million top-loading washing machines, reports The Wall Street Journal. The move affects 34 top-loading models sold at various stores dating all the way back to 2011.

The company has received more than 700 reports of incidents and 9 reports of injuries, including a broken jaw. Apparently unbalanced drums can cause parts of the washer to detach and, in some cases, launch out of the machine.

Remedies include in-home repairs, rebates and refunds. Consumers also would receive label kits and, until they receive them, are instructed to use cycles with lower spin speeds for bulky items.

“Our priority is to reduce any safety risks in the home and to provide our customers with easy and simple choices in response to the recall,” said John Herrington, senior vice president and general manager of Home Appliances, Samsung Electronics America. “We are moving quickly and in partnership with the CPSC to ensure consumers know the options available to them and that any disruption in the home is minimized.”

Samsung says the issue doesn’t affect models sold outside North America, and the company is working with retailers to inform consumers about the problematic washing machines via direct outreach, including in-stores and on social media.

This isn’t the first time Samsung has had safety issues with its washing machines, and it obviously comes at a bad time for the South Korean tech giant. It was recently forced to recall, and ultimately discontinue, its Note 7 handset.