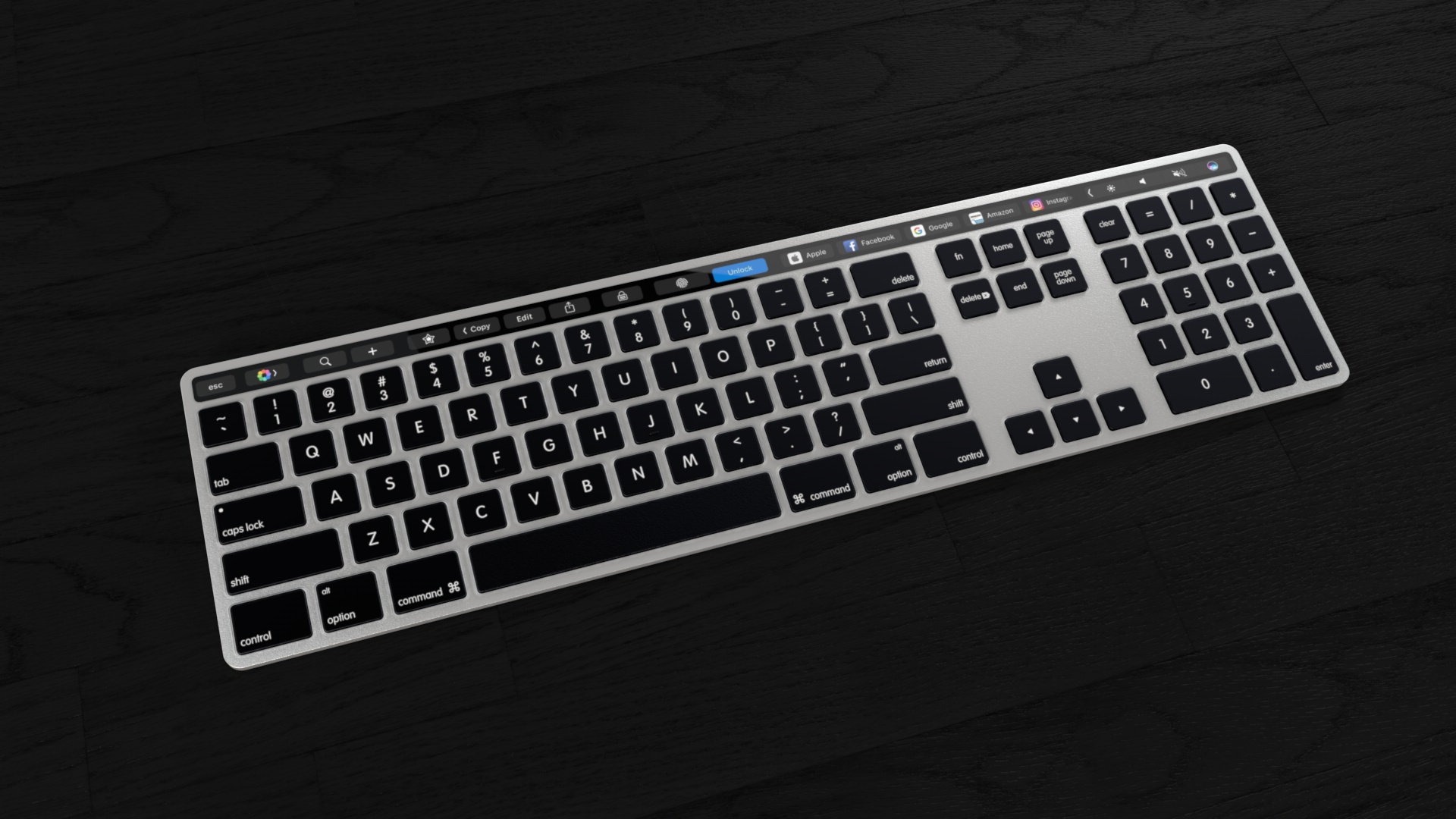 Now that the new notebook has been formally announced, Reddit user “Hazza42” felt inspired to create his own mockups of what a standalone extended aluminum Apple keyboard with an integrated Touch Bar might look like.

“I was inspired by the Touch Bar on the new MacBooks so I tried my hand at designing an updated Magic Keyboard,” the poster wrote. “Anyone else hoping something like this will be an optional extra when the new iMacs/Mac Pros are announced?”

The concept envisions the same Touch Bar replacing the row of function keys with a contextual multi-touch OLED display strip like on the new Pro notebook. Unlike prior concepts, this one calls for a full-size keyboard complete with a number keypad to make the Touch Bar significantly longer than it is on the new MacBook Pro. 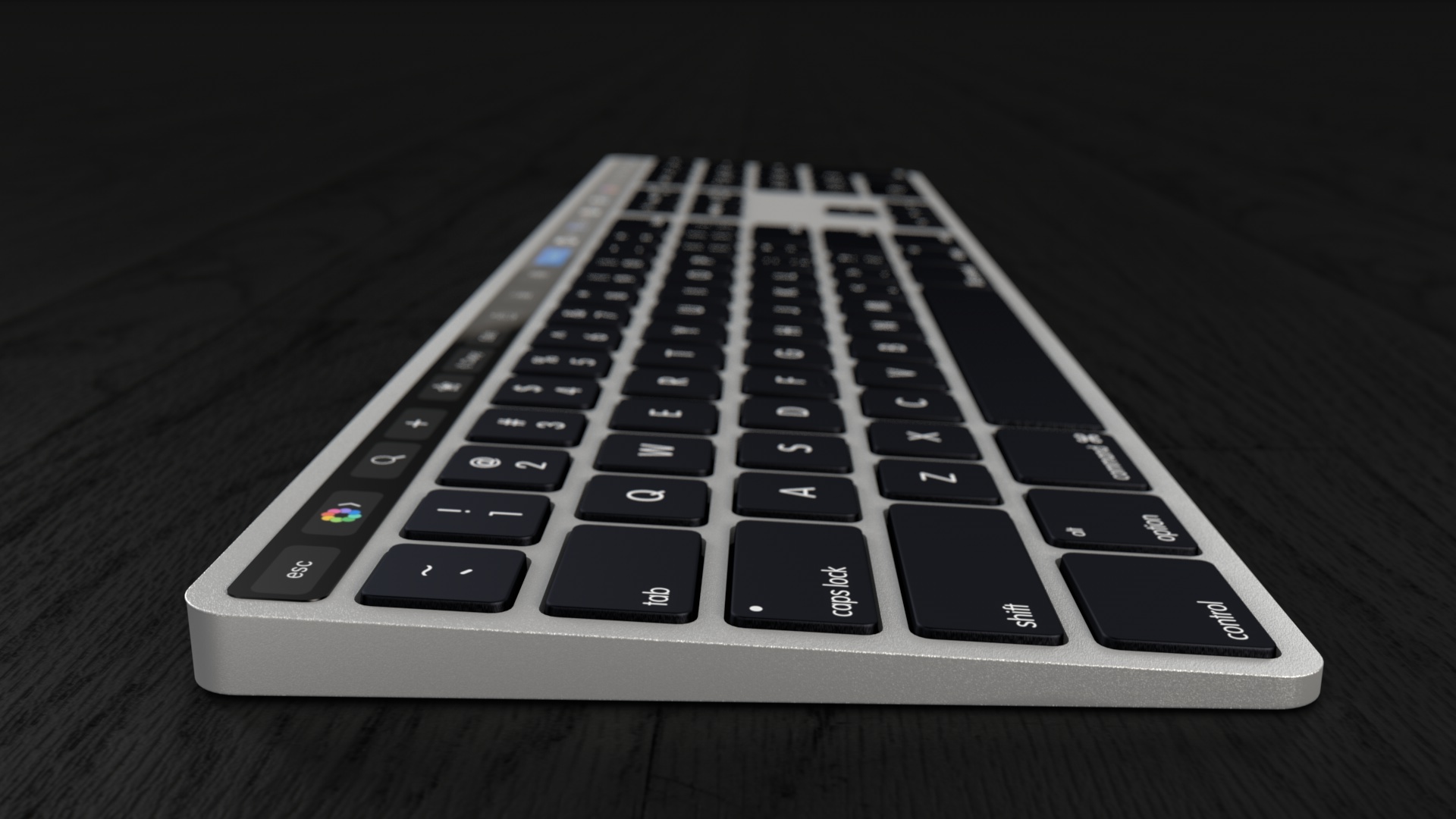 BTW, am I the only wondering why on Earth Apple sells the compact wireless keyboard but refuses to update its wired full-size keyboard with wireless functionality?

If Apple has something like this concept cooking in its labs, we might indeed see a Touch Bar-enhanced standalone keyboard released after the company updates its all-in-one iMac desktop and the Mac Pro.

Of course, such a keyboard would have to integrate the Apple-designed P1 chip that handles the Touch Bar, Touch ID and camera on the new MacBook Pro without compromising your security and privacy.

At any rate, the price of a Touch Bar-enhanced full-size keyboard would be a major factor in making an informed purchasing decision. I mean, as much as I think that Apple’s Magic accessories are cool, I just cannot bring myself to paying $99 for a Magic Keyboard, $79 for a Magic Mouse 2 and $129 for a Magic Trackpad 2. 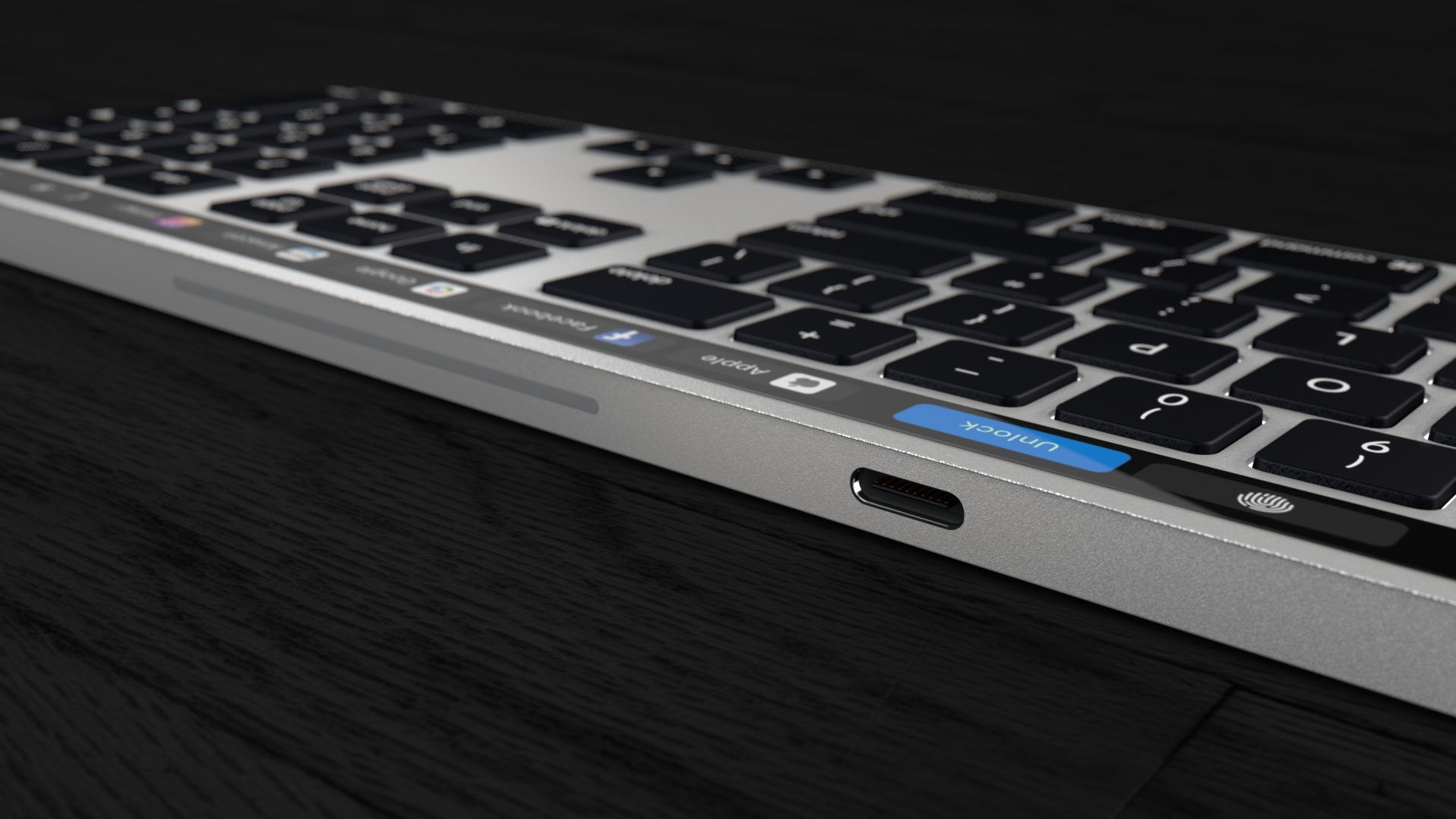 But an extended Apple aluminum keyboard with an OLED touch bar providing the same Touch Bar functionality as found on the latest MacBook Pro might make a believer.

And if it came with low-energy Bluetooth, backlighting, an integrated lithium-ion battery, low-profile keys like on the new MacBook Pro and a Jet Black variant with white or gray keys, I think I’d pay north of $100 for it.