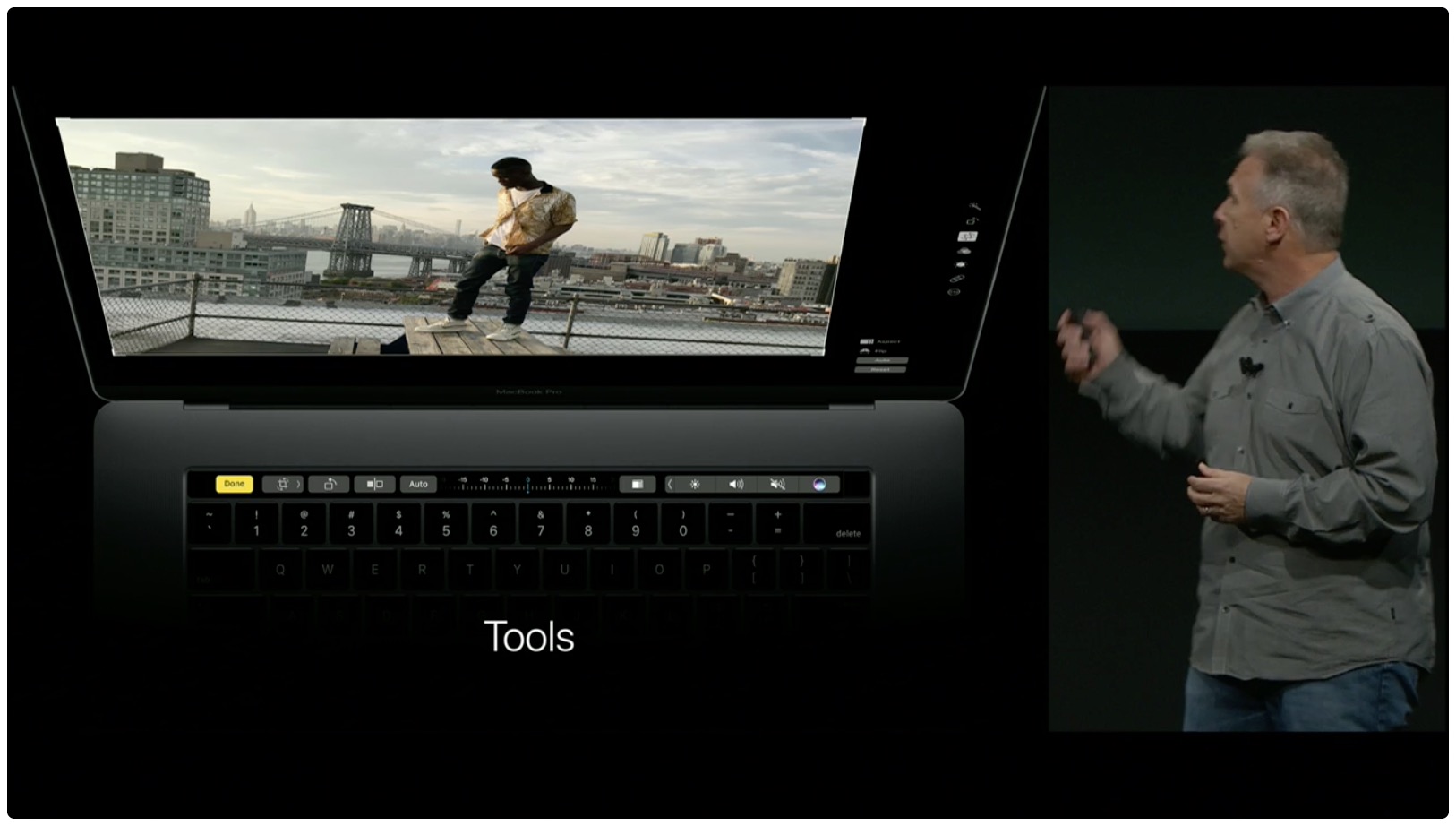 Phil Schiller, Apple’s Senior Vice President of Worldwide Marketing, sat down for an exclusive wide-ranging interview with British newspaper The Independent. He talked the MacBook Pro controversy, explaining why the refreshed notebook has retained the 3.5mm analog headphone jack, but lost an SD card slot.

He also touched upon a few other controversial topics, like Apple’s product philosophy when it comes to the notebook form factor in general and the company’s stubborn refusal to release a touchscreen-enabled Mac.

The reason the new MacBook Pro did away with an SD card slot?

Because of a couple of things. One, it’s a bit of a cumbersome slot. You’ve got this thing sticking halfway out. Then there are very fine and fast USB card readers, and then you can use CompactFlash as well as SD. So we could never really resolve this – we picked SD because more consumer cameras have SD but you can only pick one.

While admitting that that was “a bit of a trade-off,” Schiller pointed out that digital cameras increasingly have built-in wireless transfer. “We think there’s a path forward where you can use a physical adaptor if you want, or do wireless transfer,” he said. 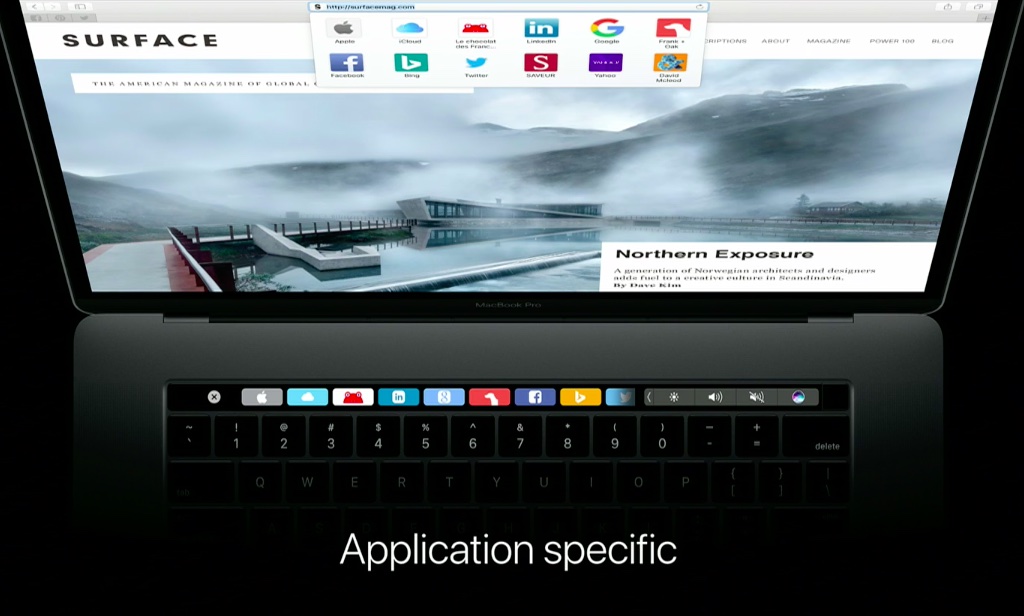 What about the 3.55mm headphone jack? Why’s it present on the Pro, but nowhere to be seen on the iPhone 7 and iPhone 7 Plus?

That’s because “these are pro machines” and many pros use studio monitors, amps and other audio gear “that do not have wireless solutions and need the 3.5mm jack.”

The Touch Bar was born out of Apple’s thinking about where to take the notebook next, Schiller said. “Others are trying to turn the notebook into the tablet,” he said.

But what about a touchscreen Mac? Will Apple finally add a touchscreen to the Mac now that Microsoft has made a splash with its innovative Surface Studio all-in-one desktop? According to Schiller, Apple is steadfast in its belief that the Mac and the iPhone are fundamentally two different products.

There’s iPhone and iPad which are single pieces of glass, they’re direct-manipulation, multi-touch and tend towards full-screen applications. Then there’s the Mac experience, dominated by our notebooks and that’s about indirect manipulation and cursors and menus.

Here’s one example of how they should remain distinct: the Mac from the very first has had a menu bar fixed at the top. It’s core to the identity and the experience you get. But iOS doesn’t have a menu at the top. It never will.

The thought of pointing at a menu at the top of an iPhone feels wrong. If you made the Mac a touchscreen you’d have to figure out how to make it a good experience with your finger on a touchscreen. Trust me, we’ve looked at that — it’s a bad experience. It’s not as good or as intuitive as with a mouse and trackpad.

Apple’s Chief Design Officer Jony Ive said a similar thing about the prospect for a touchscreen iMac in an interesting interview with CNET last week.

You have a surface that you type down on with your hands, with a screen facing you vertically. That basic orientation, that L shape makes perfect sense and won’t go away.

The team came up with this idea that you can create a multi-touch surface that’s coplanar with the keyboard and the trackpad but brings a whole new experience into it, one that’s more interactive, with multi-touch.

The new MacBook Pro is thinner and lighter than its predecessor with the tolerances of the design being “so much tighter than ever before on our products.”

“I can’t even imagine the level of tolerances and small details the team will be working on in a few years from now,” he added. The Apple executive also said that Apple could have brought Siri to the Mac earlier, but ultimately decided against releasing the feature until it could do some Mac-specific things, like search your files and documents.

“Hey Siri” is not part of Siri for Mac, Schiller continued, because Macs currently lack specialized ultra low-power chips like the embedded M-series motion coprocessor on iOS devices which can listen for a hot word without engaging the main CPU.

“You need to build system-wide electronics that are in the right standby state, listening for that catchphrase and that’s not built into the electronics of Mac today,” he explained.

Besides, you would want to use Hey Siri on a Mac even the machine is in sleep mode, which isn’t really possible in a power-friendly way without a dedicated onboard chip.

Many things about the new MacBook Pro “have impressed” people about it and some “have caused some controversy,” Schiller acknowledged.

We care about what they love and what they’re worried about. And it’s our job to help people through these changes. We know we made good decisions about what to build into the new Pro and that the result is the best notebook ever made, but it might not be right for everyone on day one. That’s OK, some people felt that way about the first iMac and that turned out pretty good.

According to Schiller, Apple’s webstore has had more orders for the new MacBook Pro than any other pro notebook before. “We love the Mac and are as committed to it, in both desktops and notebooks, as we ever have been,” he said.