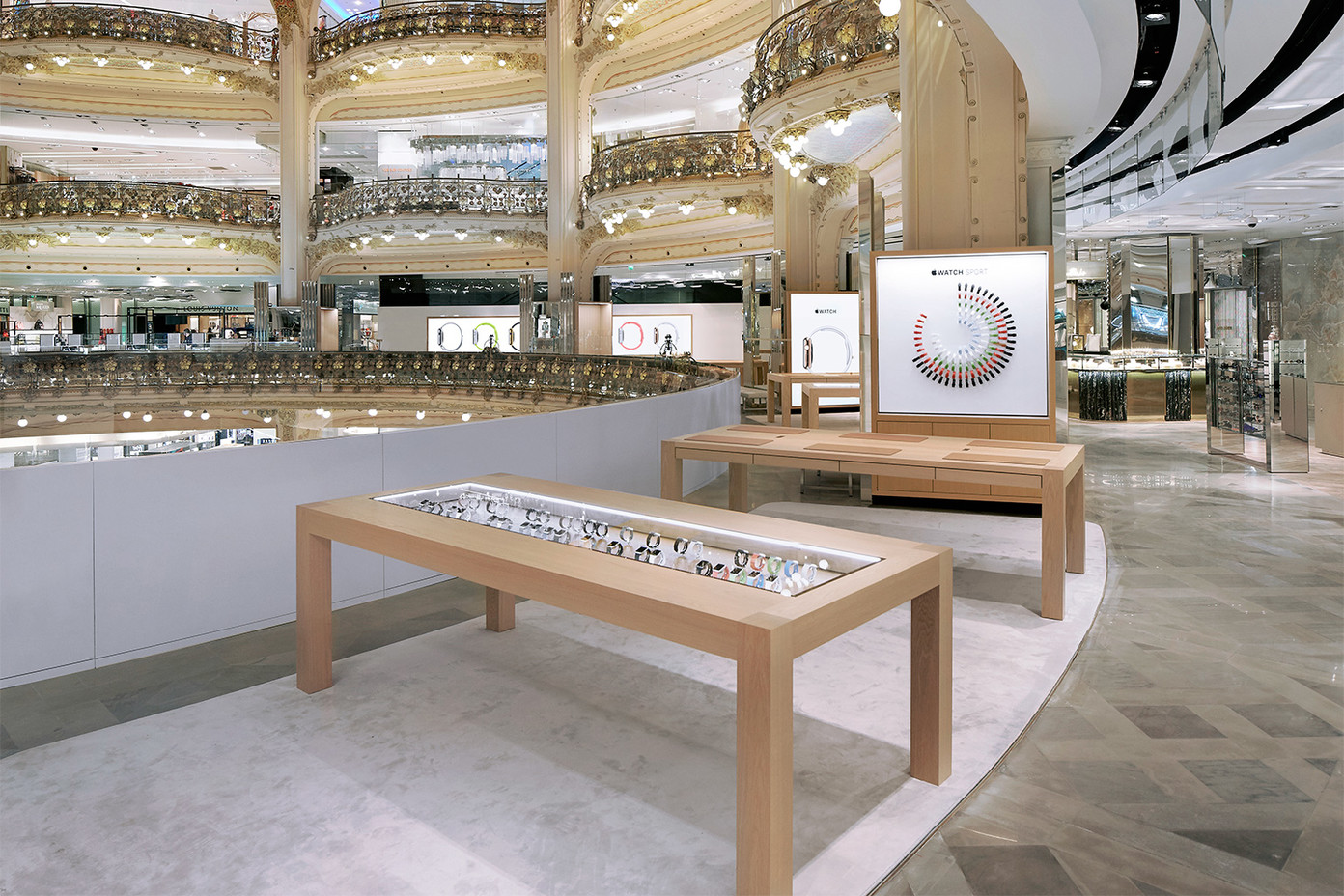 The original Apple Watch debuted in April 2015 in a few markets, with Apple pushing the $10,000-$17,000 Apple Watch Edition aggressively via pop up shops found in high-profile department stores, including Galeries Lafayette in Paris, Selfridges in London and Isetan in Tokyo. But those pop up shops won’t be open for much longer, it would seem.

As reported by French blog Mac4Ever, Apple will be closing the mini-store in Galeries Lafayette effective January 2017 due to poor sales of the device at the location.

Lack of sufficient sales was making it increasingly hard for Apple to justify keeping open the store-within-store in Galeries Lafayette.

The number of employees at the location had been reduced in recent months, according to the report. The remaining staff will be distributed among other Apple retail stores in Paris, including an upcoming store in Saint Germain which should open by year-end.

AppleInsider has confirmed the closure plans with Apple.

The publication was told that the ultimate fate of the two similar boutiques in Tokyo at Isetan and at Selfridges in London, has not yet been decided.

With the release of the Apple Watch Series 2 with built-in GPS, brighter screen and faster processor, Apple gave up on gold-plated watches.

Its body is more than four times as hard as stainless steel, “with a pearly, lustrous finish that won’t scratch or tarnish”.

The booklet in the Apple Watch Edition Series 2 box explains the craftsmanship behind the process of creating the device’s case. It begins with a high-strength zirconia powder that’s combined with alumina to achieve its rich, white color.

“Each case is then compression molded, sintered, and polished using a diamond slurry, which results in a remarkably smooth surface and an exquisite shine,” says Apple.