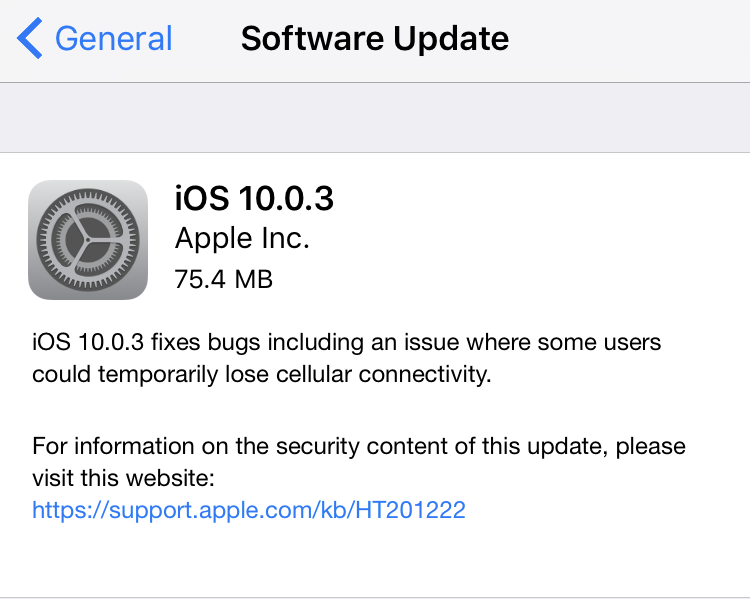 Apple on Monday released a new update for iOS labeled version number 10.0.3. The update appears to be exclusive for the iPhone 7 and 7 Plus, and it can be downloaded via the Update mechanism in Settings, or from our Downloads page.

As noted in the screenshot above, 10.0.3 brings about various bug fixes, including one for an issue where users could temporarily lose cellular connectivity. This has been a fairly high profile iPhone 7 bug, particularly among Verizon users.

Today’s update arrives amid ongoing beta testing of iOS 10.1, which is expected to be released within the next few weeks. It includes a new feature exclusive to the iPhone 7 Plus, called Portrait mode, that gives photos a depth-of-field effect.