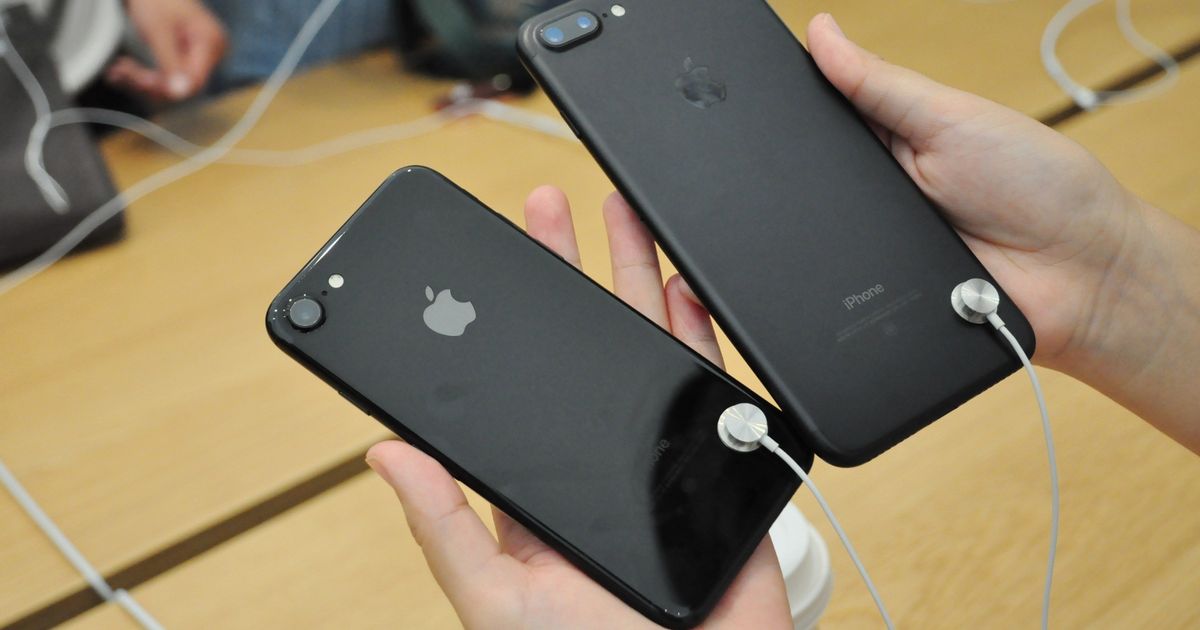 Apple continues perfecting retail experience for its customers as CNET reports today that some Apple Stores have begun to remove or have already removed security tethers from iPhone display models. Last year, Apple relegated iPods to side shelves and removed iPad smart signage.

Apple told CNET that it wants to let customers hold display iPhones properly in their hands, try cases on them and even see how the handsets feel in their pocket.

What about security, though? Wouldn’t this lax security measure encourage thieves to steal display iPhones? Well, CNET says they couldn’t spot a single CCTV camera in the store (maybe they’re not immediately visible to the naked eye?), but cautions that any iPhone taken out of the store will set off an alarm. 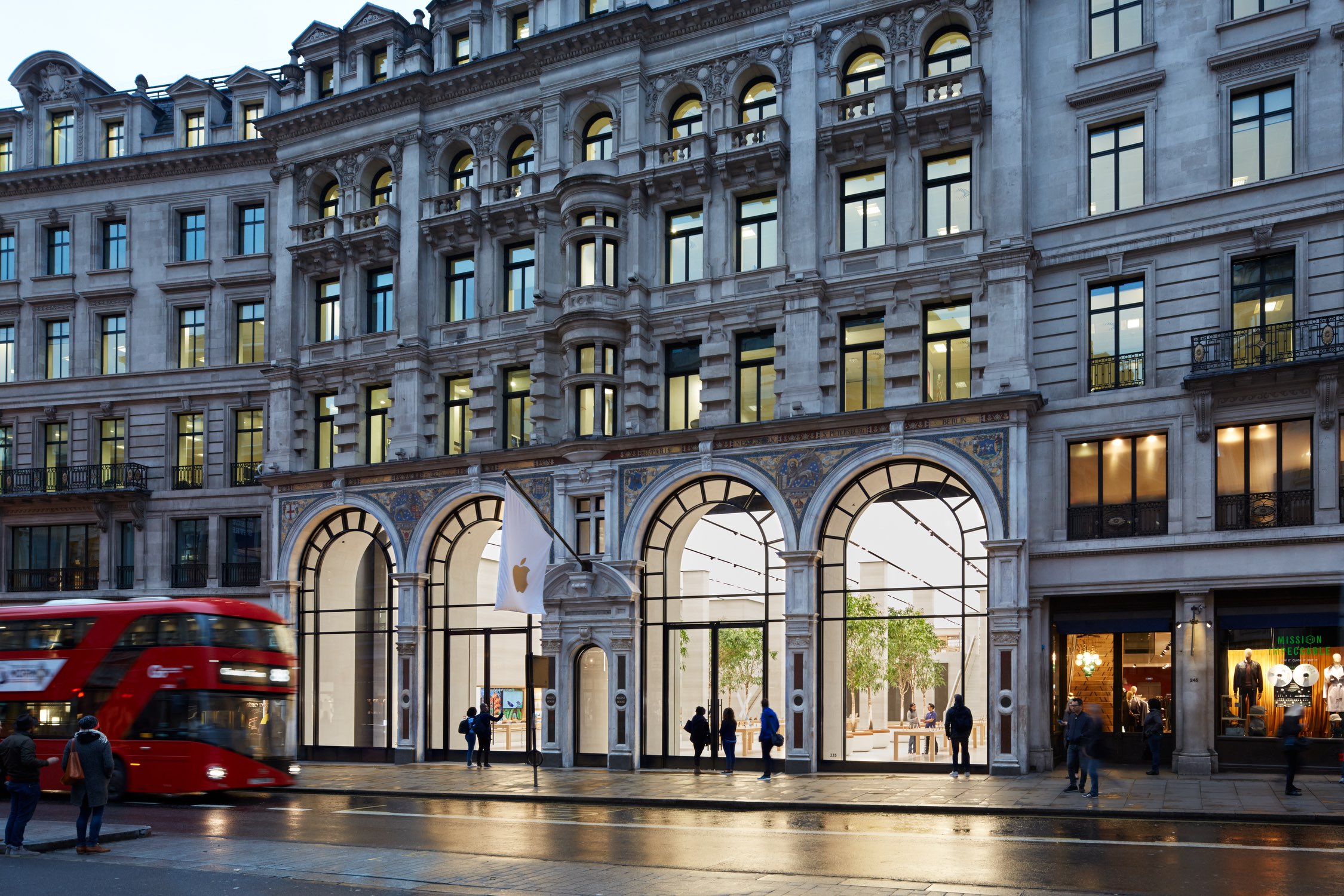 And of course, if not returned, Apple’s Activation Lock and Find My iPhone features will render any stolen phones unusable.

Apple Regent Street will re-open this Saturday after more than a year of refurbishment. The Cupertino firm yesterday previewed the store for the press and you can see the images of it in Apple Newsroom.

It’s unclear if Apple will also remove iPhone security tethers from other Apple Stores, but it’s fairly safe to assume that this change will eventually roll out to all of the company-run retail stores around the world.

For what it’s worth, MacRumors notes that the company over the past few months has removed security tethers from iPhone display models at its Yorkdale store in Toronto and in one of its other stores in Canada. 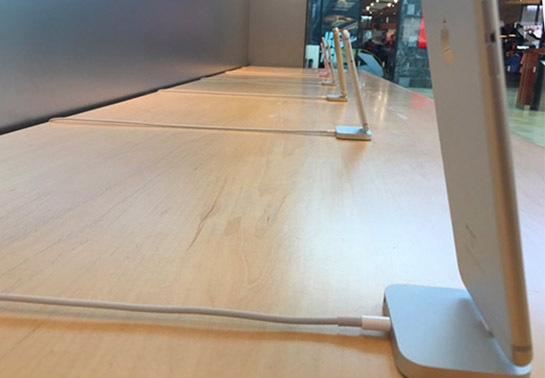 As evidenced by the image above, iPhone display models in Apple’s store in Toronto are now docked with only Lightning charging cables rather than being tethered to the table.

“MacRumors has learned of at least two other stores in the United Kingdom where the security tethers, which activate audible alarms when disconnected, have been removed, and it appears likely the change will be phased in at other locations,” says the publication, so there’s that.