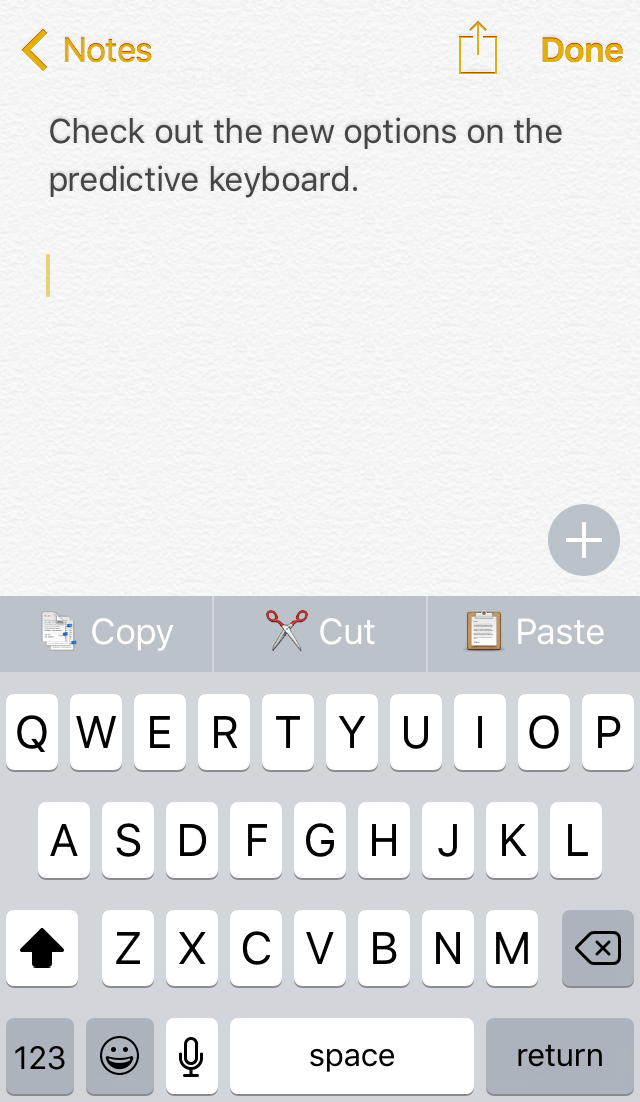 Text editing can be so cumbersome on the iOS platform, mostly because of having to tap and hold on text to select it and then having to wait for the editing menu to appear on the screen afterwards.

Fortunately, a new free jailbreak tweak called PreditctionShortcuts adds cut, copy, and paste options right to the QuickType section of the keyboard for ease of access. Best of all, it doesn’t even impede on your ability to use the predictive typing features.

The tweak works by dynamically switching the top row of the keyboard between being an editing tool and a predictive typing tool, depending on whether or not you’re in the middle of trying to type something.

As you can see in the animated GIF below, the predictive keyboard appears as we are typing words, but when we pause, the copy, cut, and paste buttons appear:

Because it’s always switching between the two modes, you can still use QuickType to input text suggestions while you’re typing. On the other hand, the additional text editing controls are always at your fingertips whenever you’re in the middle of composing something and have paused to stop typing.

PredictionShortcuts works not only in all native and third-party apps that support the QuickType keyboard, but it also works in WebKit applications, such as the web apps you might use in Safari.

After you install this tweak from Cydia, you can head over to Settings → PredictionShortcuts and you can very easily enable or disable the tweak on demand and even toggle auto correction on or off: 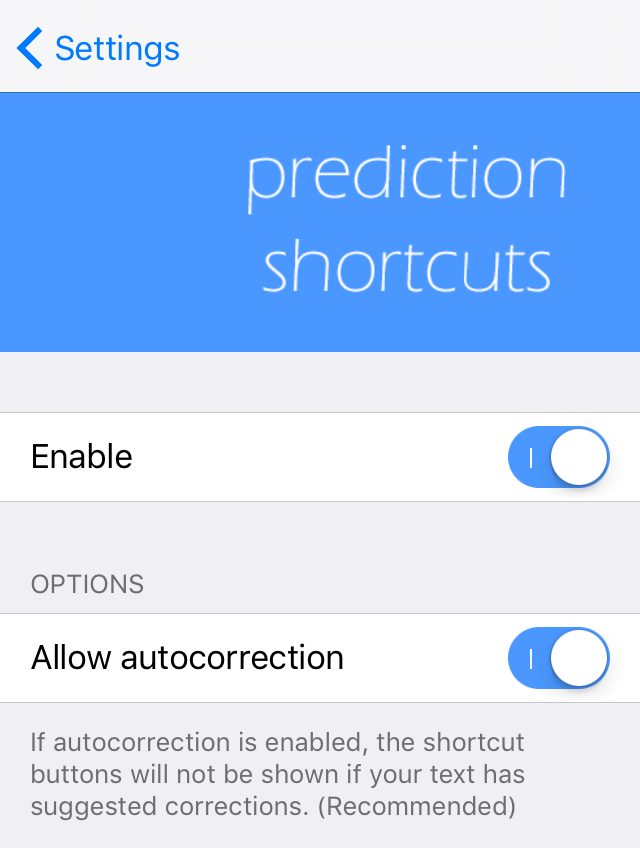 For those who do a lot of text editing on their mobile devices, such as in word processing apps, or even in the simple Notes app, this is a jailbreak tweak that could improve productivity because no longer will you need to horse around with the silly stock cut, copy, and paste method in iOS.

If you’re interested in giving PredictionShortcuts a try, you can download it free of cost on your jailbroken iOS 9 device from Cydia’s BigBoss repository today.