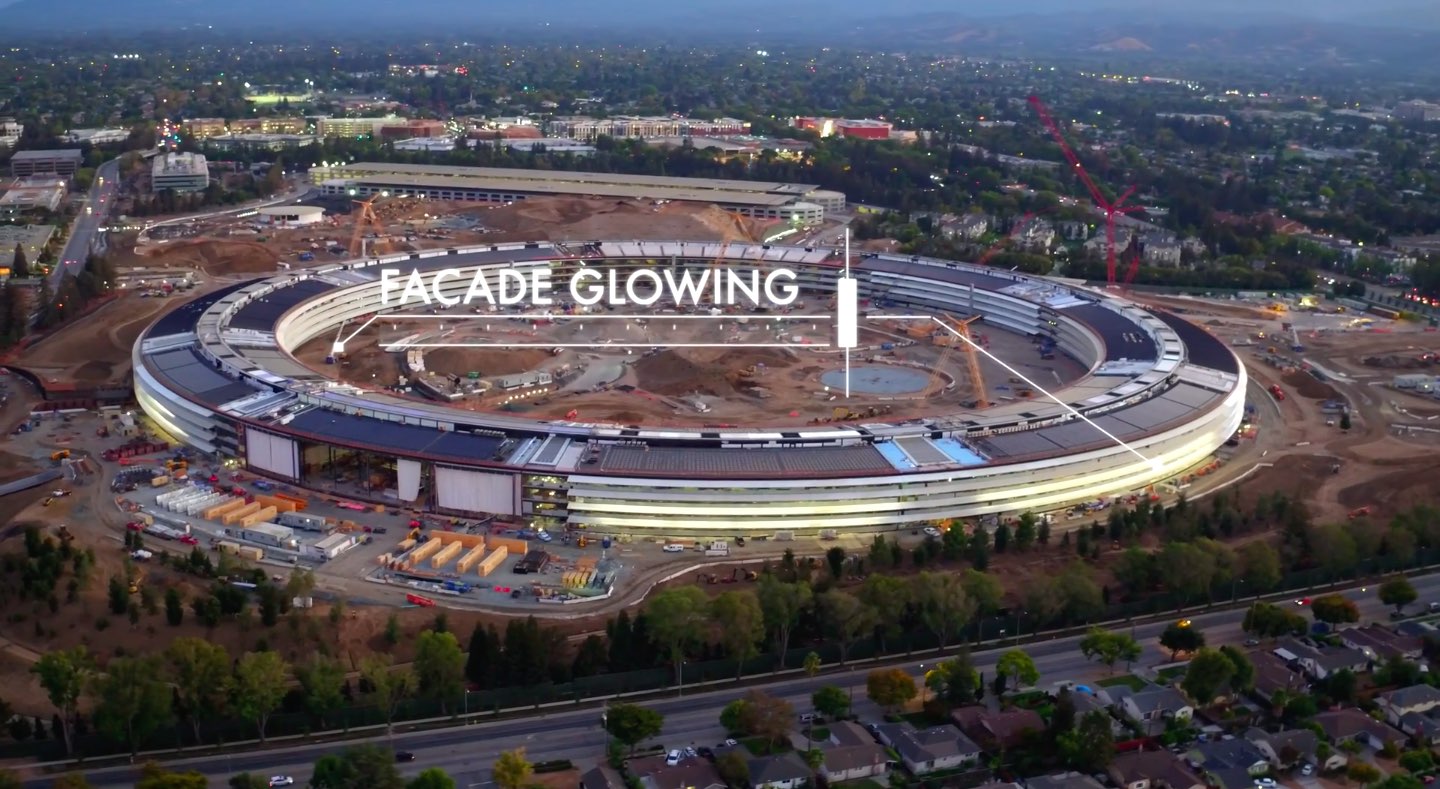 A pair of new flyover videos from YouTubers Duncan Sinfield and Matthew Roberts reveal that Apple has installed exterior lights at Apple Campus 2 site, showing the iSpaceship building facade glowing at night. It’s quite a spectacular sight given the enormous scale of the flying saucer-shaped structure.

Apple Campus 2, as it’s officially called, will become home to more than 12,000 employees when it’s completed some time in early 2017.

Duncan’s 4K video, shot using the DJI Inspire 1 Pro, reveals that a lot has changed at the iSpaceship site in the last 30 days as we’re now seeing significant landscaping development and finishing touches on the ring-shaped building itself.

The voiceover in the video is an excerpt from Jony Ive’s tribute speech to Steve Jobs at Apple’s October 2011 memorial service held at its Cupertino headquarters. To give you a better feel for the massive scale of the building, here’s ground-level footage of iSpaceship captured by The Loop’s Jim Dalrymple.

“This past weekend, I had the chance to swing by the Apple Campus 2 construction site. I took a quick bit of footage from one of the side roads,” Dalrymple wrote. “I think it gives a real sense of just how big the main building really is. The drone flyovers give a sense of relative scale, but up close the building feels massive.”

The flyover clip from Matthew Roberts can be seen below.

These clips prove that Apple has made a lot of progress on planting trees while landscaping work continues around the green areas and the courtyard’s gardens inside and around the structure.

About 40 percent of solar panels have thus far been installed on the building’s roof.