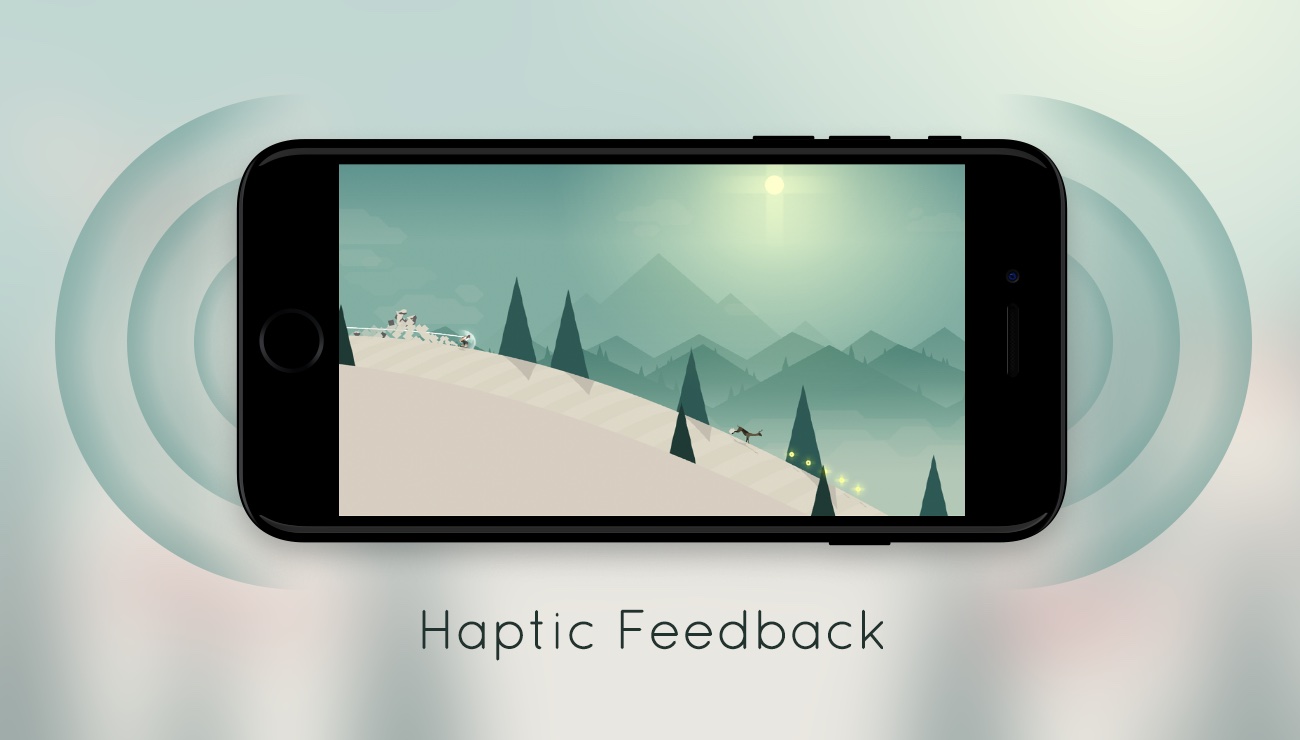 Snowman is among the first developers to have implemented Taptic feedback.

The expanded Taptic Engine lets the game pinpoint exciting moments in a run and tie them to more precise vibrational feedback.

Now, you’ll feel a nice jolt of satisfaction upon collecting a wayward llama or sliding over an ice boost. The golden burst of a super coin or powdery landing of a huge combo will hopefully be a little more thrilling.

We’ve even tried to give some consideration to calmer moments: reaching minumum & maximum zoom or snapping the perfect shot in Photo Mode will vibrate like a real camera, immersing you in the joys of being your own mountain photographer. The list goes on, but rather than spoil it all, we’re excited for players to stumble onto each new interaction and find their favourite ones.

Alto’s Adventure also supports 3D Touch for quick wingsuit activation and Quick Actions on the app icon allowing you to start the game up in Standard or Zen Mode right away.

The previous update has added 60 Stickers for Messages on iOS 10, including a series of lovable “llamoji” for when words just aren’t enough.

Alto’s Adventure is a $3.99 download from the App Store.