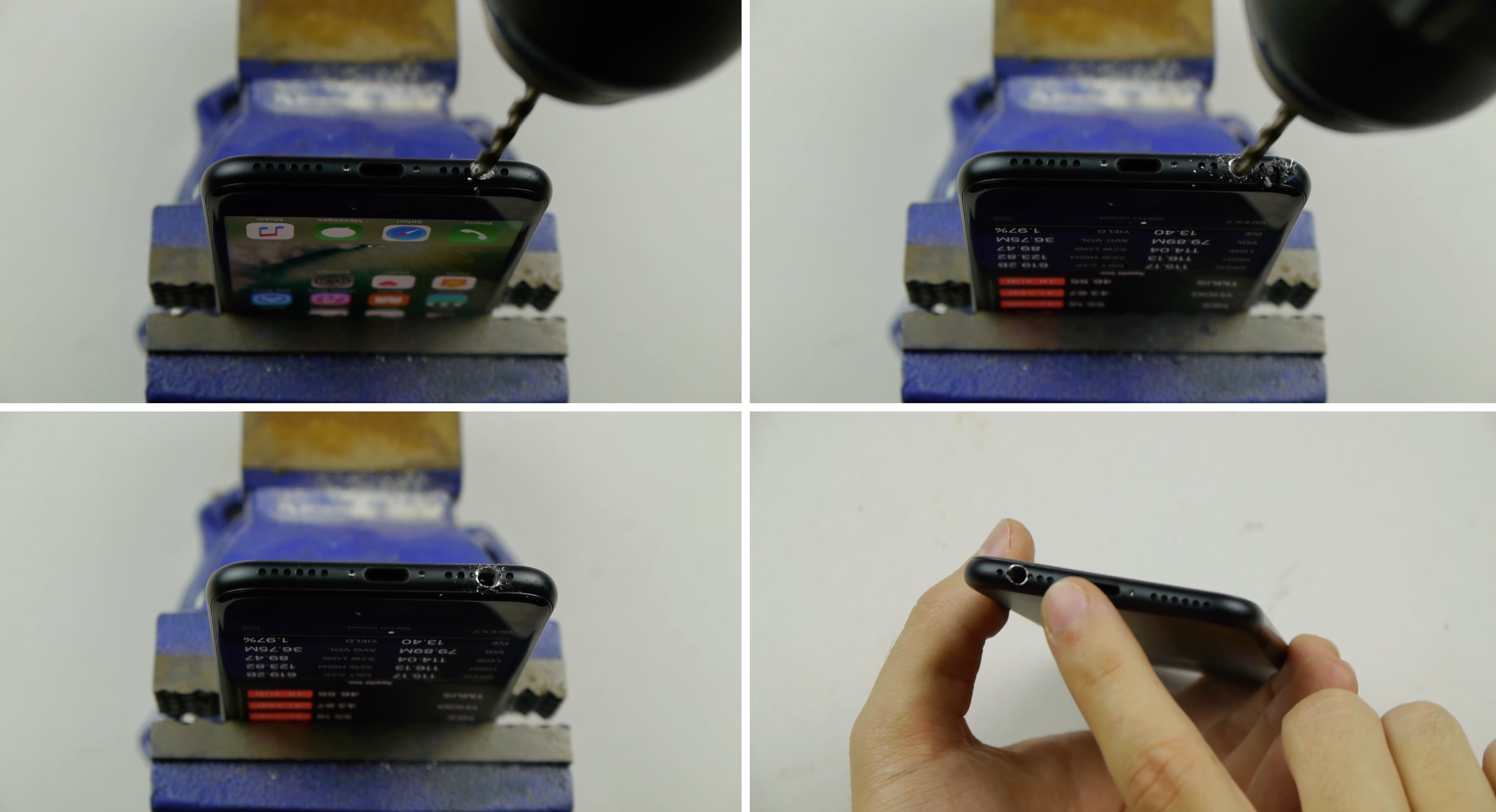 Unbelievably, some of the techies I spoke to believe that maybe, somehow, the 3.5mm headphone jack will make a comeback in the next year’s iPhone. That ship has sailed, of course, but that’s not stopping pranksters and jokers on YouTube from milking the headphone jack meme for all it’s worth, like a video titled “Secret Hack To Get Headphone Jack on the iPhone 7” from YouTuber TechRax.

In it, TechRax suggests that users drill a hole in their brand spanking new iPhone 7 in order to access a supposedly hidden headphone jack inside the device.

“This video is for those who don’t want to get $159 wireless AirPods or have to insert your headphones into an adapter every time you listen to music,” TechRax writes.

The original idea started as a meme on 4chan.

For those wondering what’s hidden behind the metal inside the faux speaker grille to the left of the Lightning port, it’s a barometric vent that improves the reliability and accuracy of the barometer sensor found inside the water-resistant iPhone 7 chassis.

Stay safe, boys and girls, and don’t believe everything you watch on YouTube.