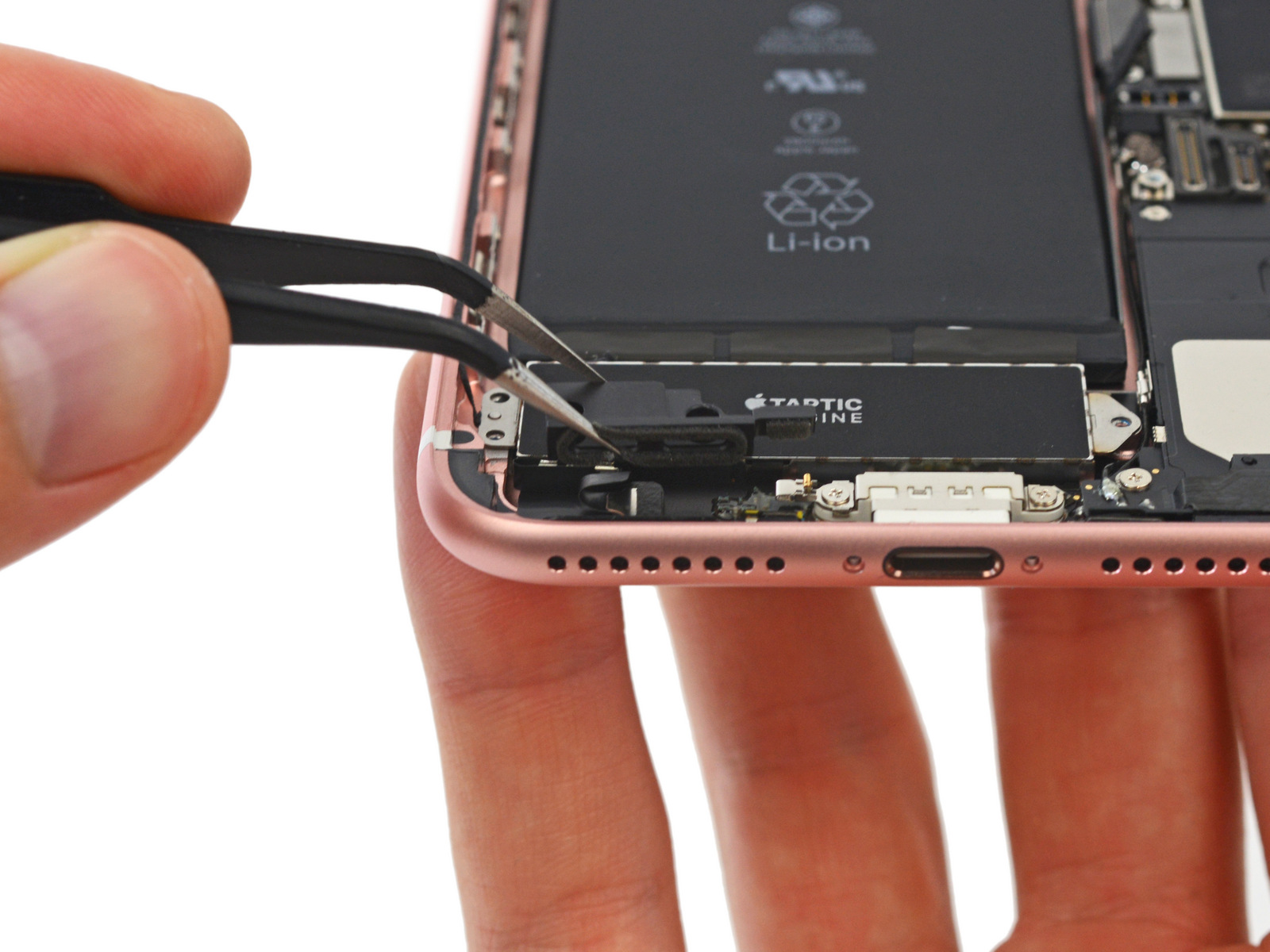 Yesterday, we speculated that a faux speaker grille at the bottom of the iPhone 7 created by the removal of the headphone jack is for visual symmetry, based on drawings on Apple’s website and a quote from John Gruber’s iPhone 7 review. Today’s teardowns from iFixit and Chipworks hint at a new component where the headphone jack would’ve been, suspected to channel sound from outside the phone into the mic.

Putting an end to speculation, Apple itself has gone on the record to confirm that the faux speaker grille acts as a “barometric vent.” According to the company, it’s needed after all the waterproofing to help built-in barometer sensor measure altitude accurately.

That hunk of plastic you see top of post is the barometric vent.

Apparently adding all the waterproofing to the iPhone 7 and 7 Plus meant that it was more of a sealed box, and so to be able to have an accurate and working barometer, Apple used that space. The barometer is the thing that allows a phone to measure altitude, and Apple points out that on the iPhone 7 it can measure even minor changes like climbing a flight of stairs.

At least we know know for sure what the true purpose of the iPhone 7’s faux speaker grille is. Just to be sure, it also contains a second microphone, which on prior iPhones used to be a single hole to the left of the Lightning connector.