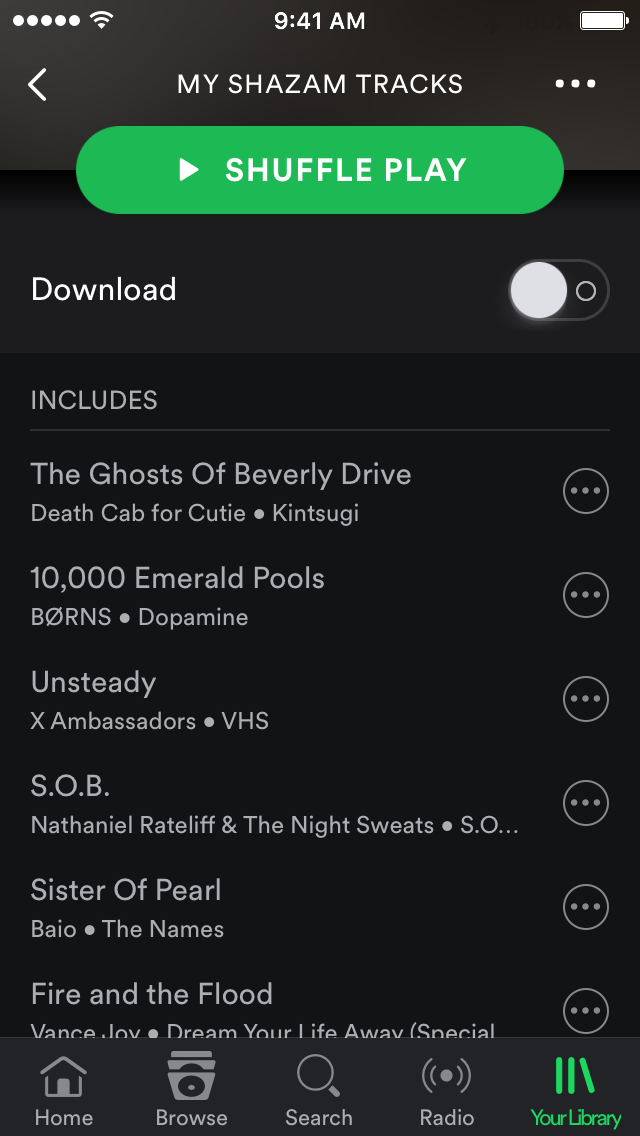 Spotify users who add music to their playlists will understand the struggle a new free jailbreak tweak called Tweakify aims to fix.

Rather than adding new songs to the bottom of your song playlists, this tweak adds them to the top so they’re easier to find while still preserving the ability to move and re-order your tracks on your own afterwards.

One of the features I used all the time when I was a Spotify Premium user was having music that I tagged with Shazam automatically added to a special playlist in my Spotify app. This allowed me to listen to anything I tagged without having to add it myself later on.

Of course, one thing I always really disliked was how the new music would be added to the bottom of the playlist. I didn’t like it because I usually tagged new music that I found refreshing and different from the same-old stuff I always listened to, and when I’d listen to my playlist, I’d have to listen to all my old songs before I ever got to the new ones.

Tweakify makes things a bit different however by putting newly-added songs at the top of your Spotify playlists. In doing so, these are going to become the first songs that play when you start playing a Spotify playlist from the top, and this offers you a refreshing change of tune as you discover new music to add.

It’s a relatively small tweak, but it’s a nice one at that, and without any options to configure, it’ll get to work right after you install it on your jaibroken iPhone or iPad.

The tweak can be had for free from Cydia’s BigBoss repository right now, but it also requires the Spotify app, which if you don’t already have, is a free download from the App Store.

Do you like using playlists more when songs are added to the top of the playlist rather than the bottom? Share below!