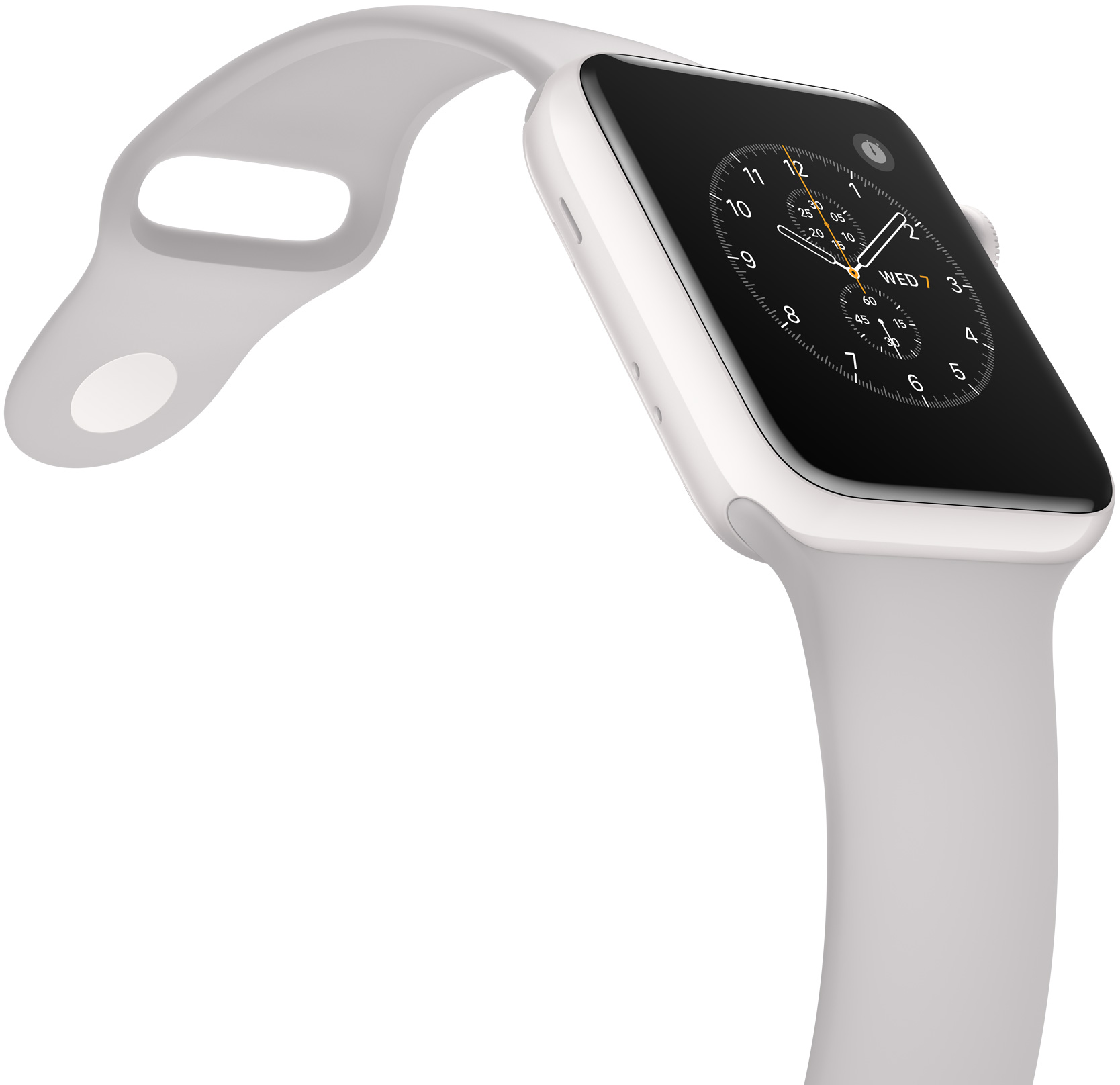 In case you missed this little yet important detail in an avalanche of web reports about the Apple Watch Series 2, Apple’s second-generation wearable packs in a few handful improvements, among which is what appears to be a second microphone opening. As the original Apple Watch had a single tiny microphone hole, it couldn’t suppress background noise.

In turn, the “Hey Siri” function on the original watch behaves somewhat erratically, struggling to recognize the command in noisy environments.

Wait, does that mean that the Apple Watch Series 2 should respond to the “Hey Siri” hot phrase more reliably than before? It’s complicated…

Probably not because a new microphone opening along with a redesigned speaker system lets Series 2 reduce pressure when it’s underwater, according to Apple’s iPhone 7 keynote. An additional real microphone would be needed on top of the existing one to improve “Hey Siri” accuracy and reliability through background noise cancellation.

Perhaps Apple engineers have added another hole for the microphone simply to let more sound waves in—that would be the cheapest way of improving Siri reception.

Confusingly enough, AppAdvice states that Apple has added a second mic to the watch.

“This should help a lot with ‘Hey Siri’”, the site speculated.

Apple’s official technical specifications for the Apple Watch Series 2 don’t event mention any microphone, or the speaker for that matter, so there’s that.

Does that new mic opening on the side of Series 2 house a second microphone? In my view, were Apple to really add another on-board microphone I’m sure it wouldn’t pass up on a golden opportunity to brag about improved “Hey Siri” reception.

The truth is, we simply won’t know until repair experts over at iFixit perform their ritual teardown dance after the new watches arrive on September 16.

Until then, feel free to tell us in comments what you think could be going on here and whether or not there’s a second mic in Series 2 to improve “Hey Siri” reception.

You can pre-order your Series 2 from Apple ahead of September 16 retail availability.