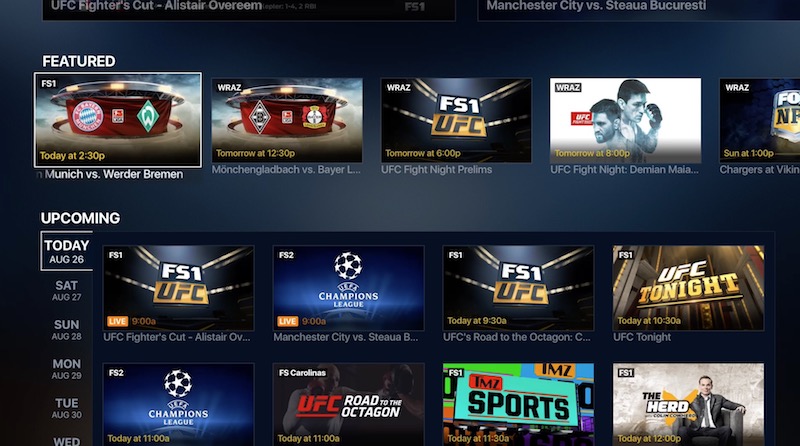 If you’re subscribed to one of Fox’s sports channels through your cable or satellite TV package, the newly launched FOX Sports Go tvOS app lets you watch up to four games simultaneously in split-screen mode, at a remarkably fluid 60 frames per second, via your fourth-generation Apple TV.

As first noted by MacRumors, the app’s split-screen interface and underlying technology make it possible to watch baseball, basketball, football and hockey games at once, or any combination of games from MLB, NBA, NFL, NHL, UEFA Champions League, UFC and more, depending on regional restrictions.

As mentioned, those who receive FOX Sports TV networks as part of their pay-TV subscription will now be able to access FOX Sports, FS1, FS2, FOX Sports Regional Networks, FOX College Sports, FOX Deportes and FOX Soccer Plus on their Apple TV.

FOX Sports GO on Apple TV also debuts several new features not previously available. Highlights include a visually stunning 60 frames-per-second streaming rate, which allows viewers to follow fast action on the field more closely, and Multiview Display, which provides the capability to watch up to four FOX Sports live streams on one screen at the same time. 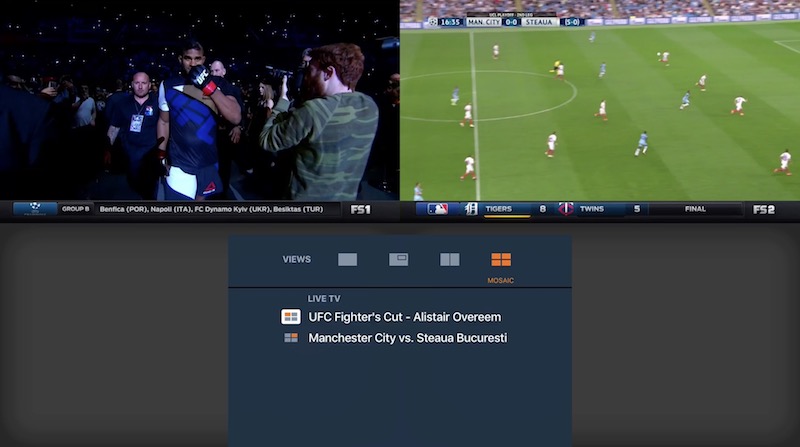 You can also access full seasons of hometown MLB, NBA, and NHL telecasts, subject to regional restrictions, through this new app. FOX Sports Go for Apple TV is only available in the U.S. and on Apple’s latest fourth-generation device.

Search for “FOX Sports GO” in the tvOS App Store on your fourth-generation Apple TV or grab the app on your iPhone or iPad free of charge from the App Store.