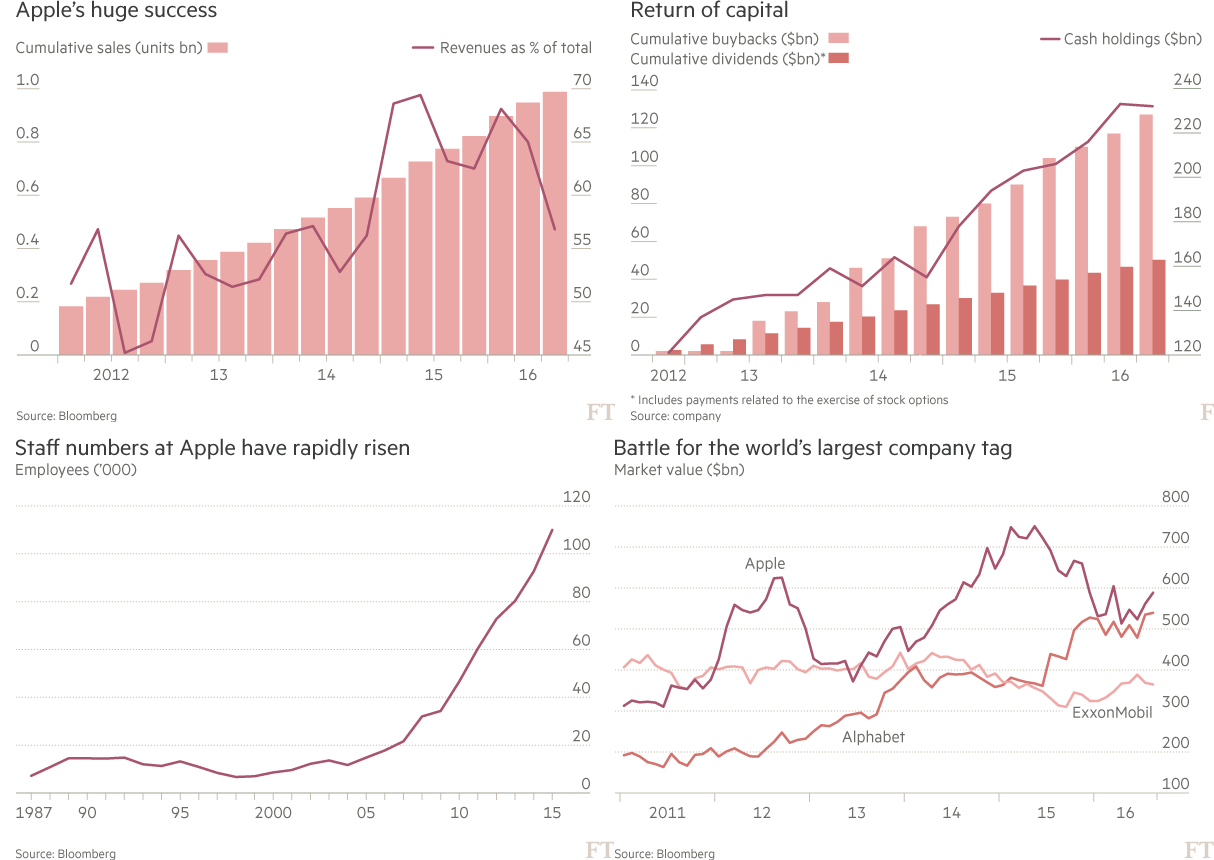 A lot has been said about Apple’s various services like the iTunes and App Stores, Apple Pay, Apple Music, Apple Care and others now making more money than its Mac business. In the June quarter, for example, the Services category shot up 20 percent year-over-year, raking in nearly $6 billion in quarterly revenue and making Services the second largest part of Apple’s revenue overall.

Services allow Apple to generate a steady stream of revenue from existing devices, leading Asymco analyst Horace Dediu to estimate in an interview with The Financial Times that, including hardware and software, existing Apple customers currently spend around $1 per day.

The article takes a look at Tim Cook’s performance during his first five years as the CEO of Apple. In it, Apple analyst Horace Dediu notes the Cupertino firm is priced “like a steel company going out of business” because it’s always earned a far lower price-to-earnings ratio than other tech giants like Facebook, Alphabet and Amazon.

The Apple of today is a much different company than the Apple of 2011, he noted:

Apple is a global empire, much bigger [five years on] in terms of sales, headcount and customers. In some ways that means they may have lost that sharpness of innovation but at the same time this is not a bad place to be.

He went on to argue that Wall Street is looking at Apple all wrong.

“Instead of being another hits-driven consumer electronics company that could go the way of Nokia or BlackBerry, Dediu views it as a luxury brand with recurring revenues from a growing base of loyal customers,” reads the Financial Times article.

With more than one billion unique devices in active use, small wonder that Apple’s Services category is now approaching the size of a Fortune 100 company. According to Dediu’s estimates, Apple’s customers spend around $1 per day, which encompasses spending on hardware, software and services. 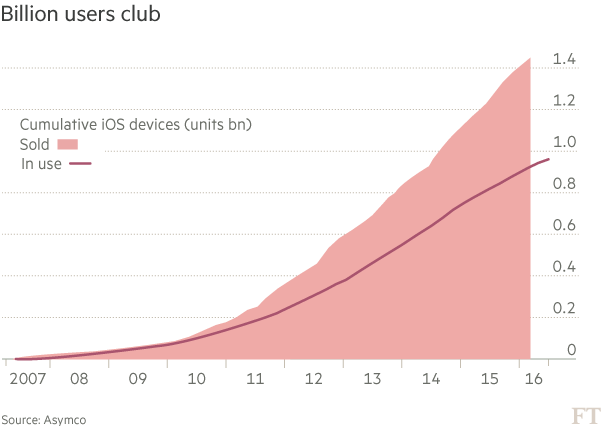 “Apple will at some point in time have a billion paying customers,” he predicts. “A billion dollars a day from a billion customers is not inconceivable.”

Granted, 1+ billion active devices don’t exactly translate into one billion unique customers because some people own more than one device. Nevertheless, it is startling to realize that Apple is now approaching that inflection point where it will be in a position to monetize a billion paying customers with a range of existing services, and ones that are currently in the pipeline.

The five charts in this post provide a great overview of Cook’s first five years as the CEO of Apple through five key metrics: cumulative sales and revenues as a percentage of total sales; Apple’s vast cash holdings and return of capital; substantial workforce increase; market value; and installed user base and Services performance.

You’ve probably heard by now that today marks Cook’s fifth anniversary as the Apple CEO—he was named the CEO on August 24, 2011—which has unlocked the previously awarded stock bonuses that are currently worth more than a hundred million dollars.

Cook’s bonuses during his ten-year tenure as the CEO are tied to the company’s financial performance, including its total shareholder return relative to the S&P 500 index. Specifically, in 2011 Cook was awarded 980,000 restricted stock units as part of compensation package of more than 4.7 million shares.

The restricted stock units, some of which have vested today and the others scheduled to vest annually in the following years, are currently valued at nearly $107 million based on Apple’s Tuesday closing price of $108.85.