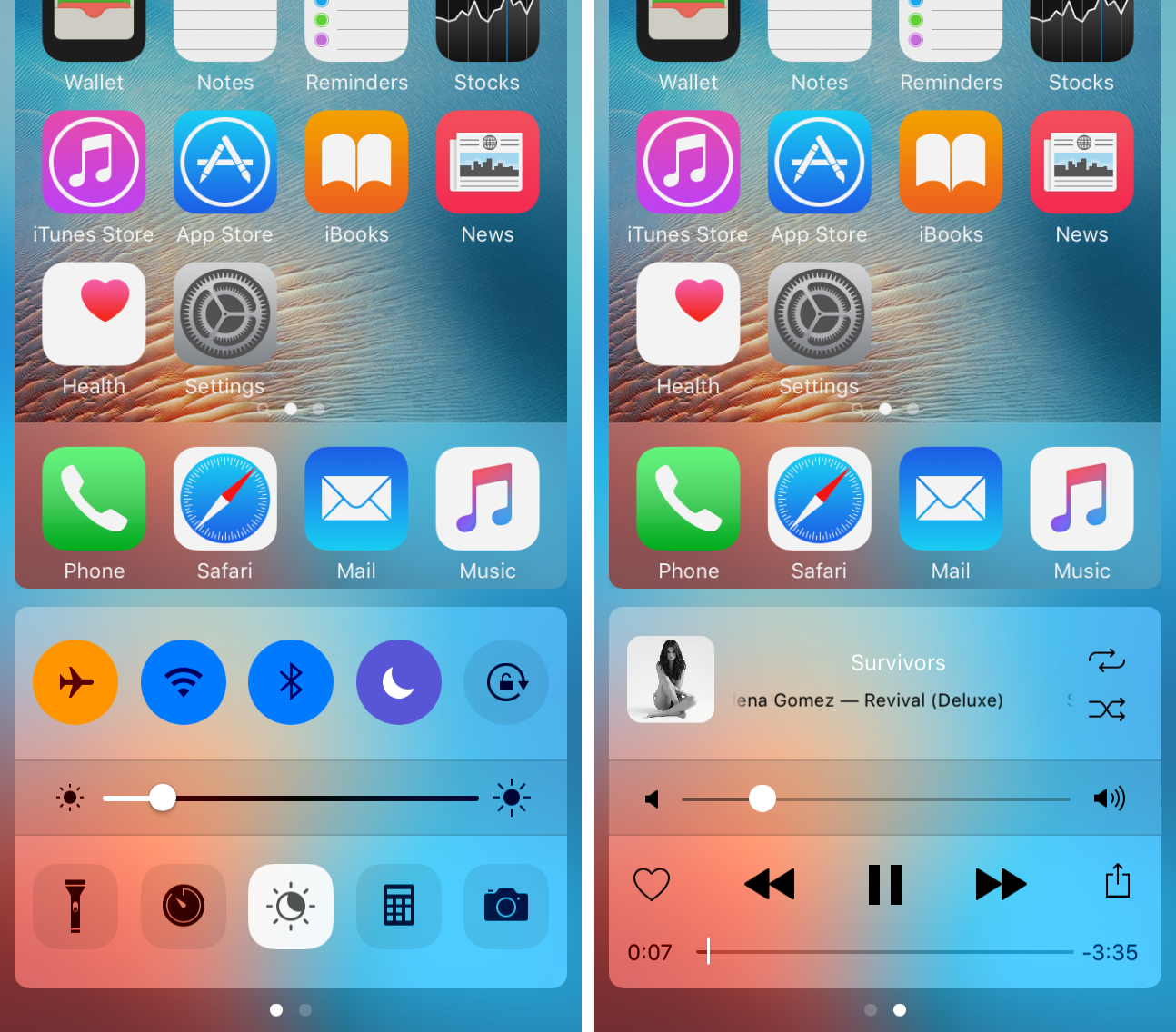 One of my absolute favorite parts about jailbreaking is how creative developers are able to manipulate iOS’ UI and animations to look so much nicer than they do out of the box, all while still containing all of the necessary functionality you need and demand.

A new jailbreak tweak release called Cleo does this by giving Control Center a sexy new look and feel.

Apple should have this stock…

Let me just start off by saying that I wish Apple would snag this idea for iOS 11. That’s not to say that I hope the developers behind the tweak get their idea stolen, but I really hope Apple can make Control Center look so much better than it does already, and Cleo definitely ladles the gravy where it counts.

Cleo gives Control Center more of an embedded look and feel. Rather than a transparent and blurred sheet that you drag up from the bottom of the display, Cleo makes it more of  a hidden interface that you can swipe up to reveal, and it hides part of the current screen in the process.

Cleo has all of the same controls you would expect from Control Center, it just looks much nicer. As a bonus, it appears to have the functionality of another of one of the developers’ jailbreak tweaks, Cream, built right into it. 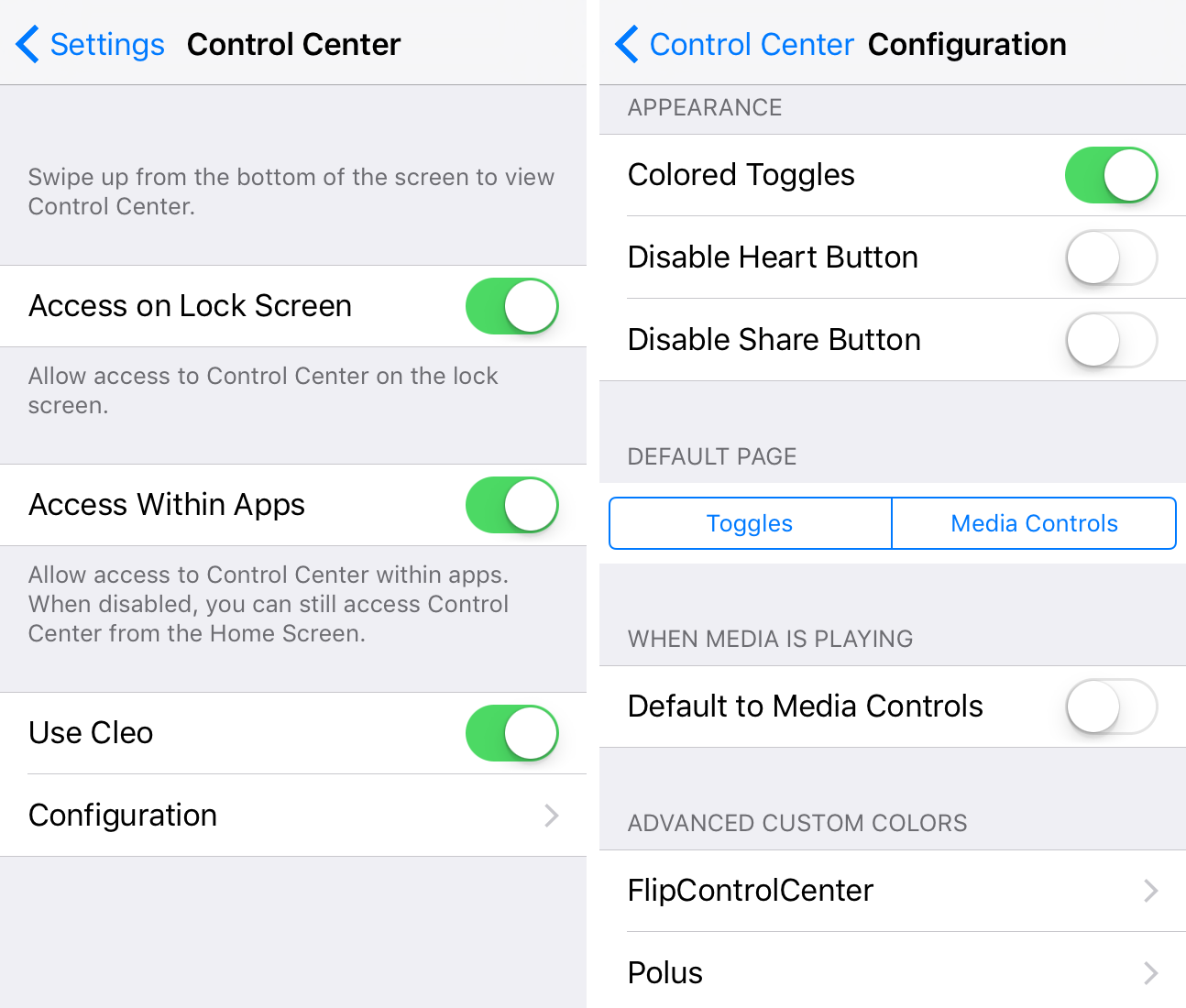 Once you get in there, you’ll find the “Use Cleo” toggle switch, which lets you toggle the tweak on or off on demand. Once you turn it on, you can go into the Configuration preferences pane and you’ll find all of the following options:

After you’re done configuring the tweak, just close the Settings app and launch Control Center to see the magic. No respring is necessary for changes, as they take place on the fly.

Cleo is a beautiful new look and feel for the Control Center interface in iOS 9, and I think it’s one of my favorite jailbreak tweak releases to date for iOS 9.3.3. Although unlikely, I wish Apple would implement an interface style like this in one of their stock iOS releases in the future, but it is what it is, I suppose!

If you want to try Cleo on your jailbroken device, you can download it from Cydia’s BigBoss repository right now for $1.99.

What are your thoughts on Cleo? Share with us in the comments below!