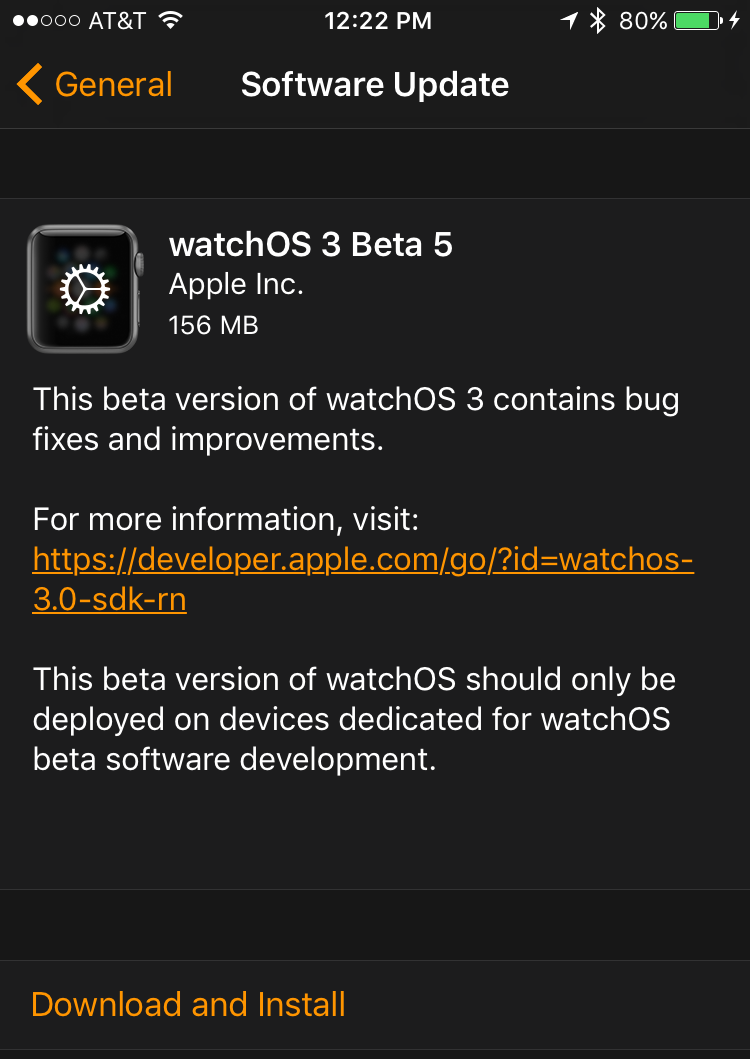 Following iOS 10 and macOS Sierra releases, Apple on Tuesday issued beta 5 of both tvOS 10 and watchOS 3. Registered developers with updated profiles can install the over-the-air updates via the Watch app in iOS 10, or the Update mechanism in tvOS 10.

The updates come just a week after Apple sent out fourth betas to developers, suggesting we are now in the finishing touches stage ahead of their expected fall releases. Both tvOS 10 and watchOS 3 have been in beta since they were introduced in June.

We are currently installing these new betas, and will be sure to report back with any new features or changes we feel are worth mentioning. If you spot something noteworthy we’ve missed, leave a comment below or email us at tips@idownloadblog.com.