Saurik has made some changes to the Cydia Store on Tuesday that will be music to the ears of jailbreakers who want to download paid jailbreak tweaks on the newly-jailbroken iOS 9.3.3 firmware.

Among those is a new fail-safe to make sure you don’t pay for tweaks that don’t work.

For the first time since the launch of the iOS 9.3.3 jailbreak from Pangu, jailbreakers can now purchase jailbreak tweaks from Cydia. This is a huge change, because previously, those who jailbroke iOS 9.3.3 were limited to installing free jailbreak tweaks unless the paid tweak was already listed as “purchased” in the user’s Cydia account.

For example, LocationFaker9 has not been marked by the developer with iOS 9.3.3 support despite working on previous versions of iOS 9, so Cydia gives us this error message when we try to buy it, noting that our iOS version is not supported and doesn’t let us install it because we don’t already own it: 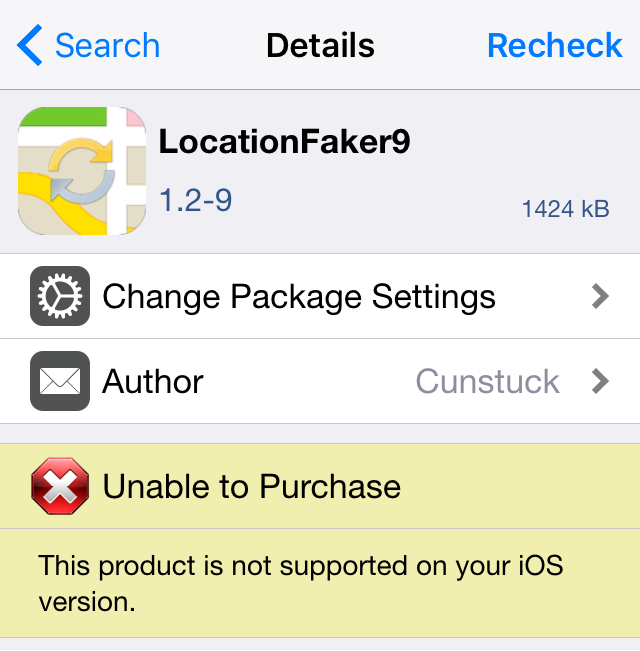 If a new paid tweak is released in Cydia and it has been marked as compatible as iOS 9.3.3 by the developer, then Cydia will now officially let you purchase it and install it on your iOS 9.3.3 device.

For the first time, Cydia is also getting a new self-service refund feature. This feature allows jailbreakers to request and receive a refund for any jailbreak tweak that they purchase from Cydia within 24 hours after their purchase as long as the jailbreak tweak has been uninstalled from all of the users’ devices.

This makes it so that when you purchase a tweak that doesn’t actually work, or doesn’t perform as expected, you can get your money back instantly without the hassle of contacting a potentially hard-to-reach jailbreak app developer to ask for a refund, and then potentially get denied.

Saurik made the announcement this morning on Twitter along with noting that he had unlocked purchases for iOS 9.3.3: 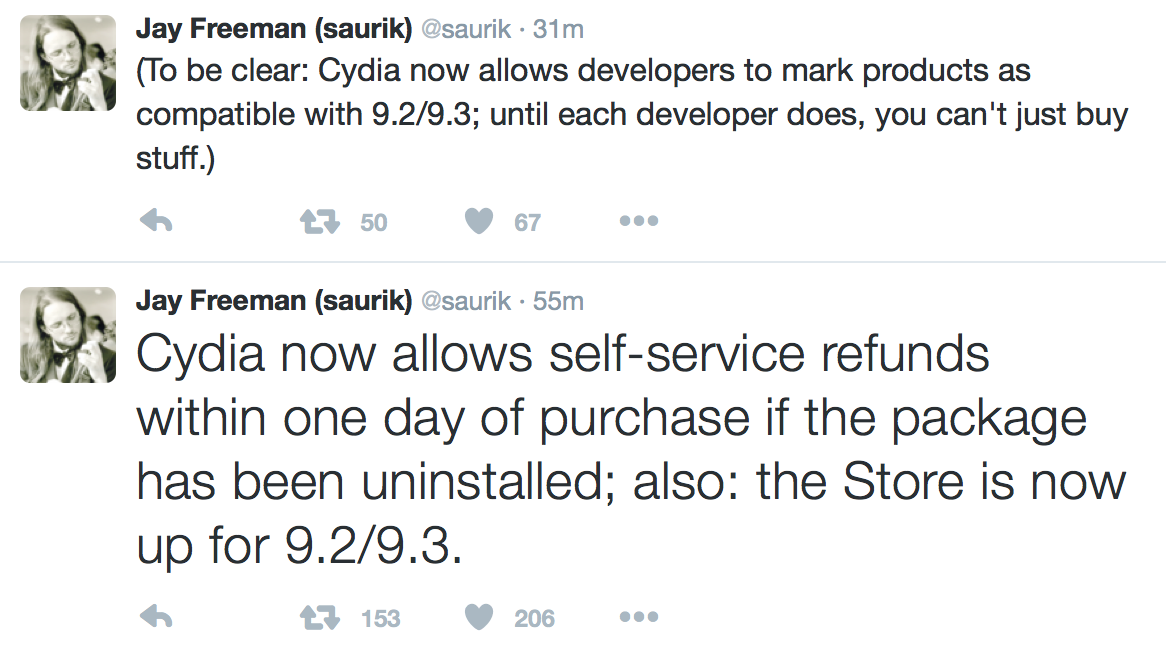 As a result, this feature may actually help the community as a form of quality control, giving users a legitimate dispute process through the Cydia store for products that don’t work as advertised.

The feature is used by tapping on the Automatic Refund button that appears under the green “Package Officially Purchased” banner on tweaks that you’ve recently purchased:

Tapping it takes you here, where you can get your automatic refund: 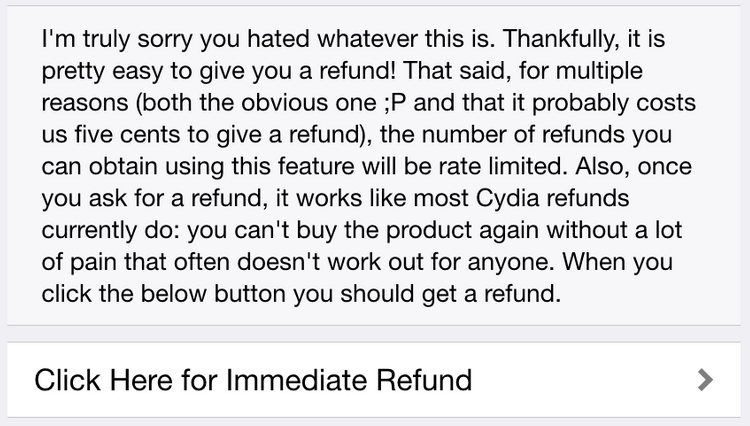 With iOS 9.3.3 now officially supported for Cydia purchases, it would seem that the jailbreak has been deemed stable by Saurik. Despite the fact that there remains a ton of confusion about the certificates and questions about semi-untethered booting, we have pieces that explain each of those in detail.

What are your thoughts on the new self-service refund feature? Share in the comments!