“The Goddess is gone and time has stopped,” reads the blurb.

“Now it’s up to you to traverse the Rift and stand against those who would see its flow stilled forever. Regrettably, the path to saving the Goddess of Time is not an easy one.”

The game’s time travel system utilizes the Apple Watch’s Digital Crown and messaging feature that operates according to the number of daily steps taken, adding an interesting twist to the title.

“The power of time is in your hands,” explains Square. “Simply use the Digital Crown to turn back the clock! Certain conditions may also earn you special messages.” 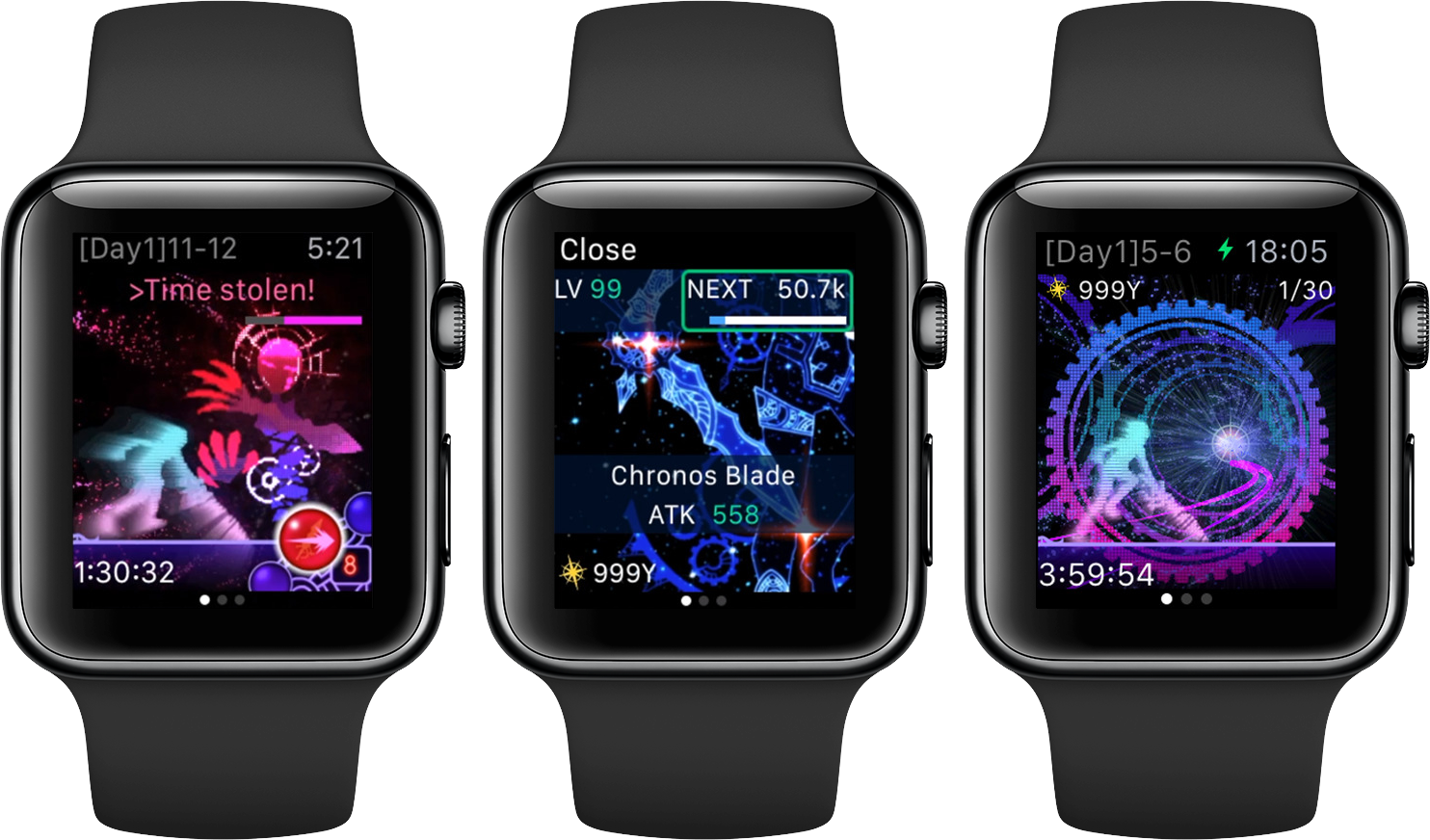 Your sword-wielding hero will be exploring various tunnels and other locations, progressing by accomplishing a number of tasks. The game sports retro pixel art and simple battles with automatic attacks allowing players to focus on boosting their skills and strengthening their sword in order to make it through the Rift.

Cosmos Rings for Apple Watch is available on the App Store at a special discounted price of $5.99 for the first 30 days. The game will be priced at $8.99 after the promotion ends on August 31. The game cannot be played without the Apple Watch.