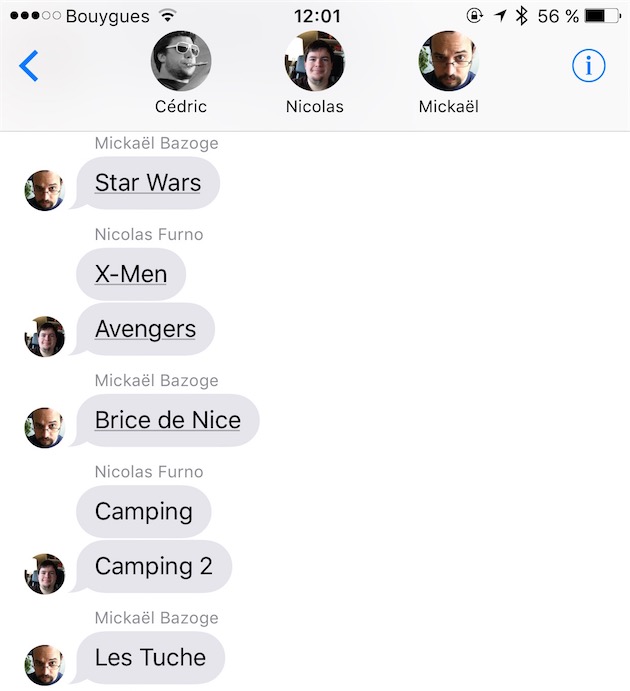 On iOS 10, Spotlight Suggestions appear in more places than before. We recently told you about Spotlight Suggestions in the Look Up interface (formerly known as the Define feature). We also discussed iOS 10’s expressive Messages app in depth and mentioned its super useful inline previews of URLs.

As it turns out, not only does Messages support inline previews of media URLs, but underlines specific terms in your chats—such as movie and app names—that Spotlight Suggestions can give you more info about.

Tapping an underlined word, or pressing it with 3D Touch, brings up its appropriate content preview from a variety of supported web sources.

For example, if the message contains a movie name such as ”Star Wars”, “X-Men”, “Avengers” and so forth, iOS’s Data Detectors instantly turns it into an actionable link. Tap an underlined word, or press it with 3D Touch, to pull up an overlay with Spotlight Suggestions-powered information about the movie, as provided by the iTunes Store.

Your rich preview includes a movie’s description, cast, duration, trailers and more. Non-movie terms may get underlined as well. For example, Messages could underline a certain word and create a link to its definition on Wikipedia. 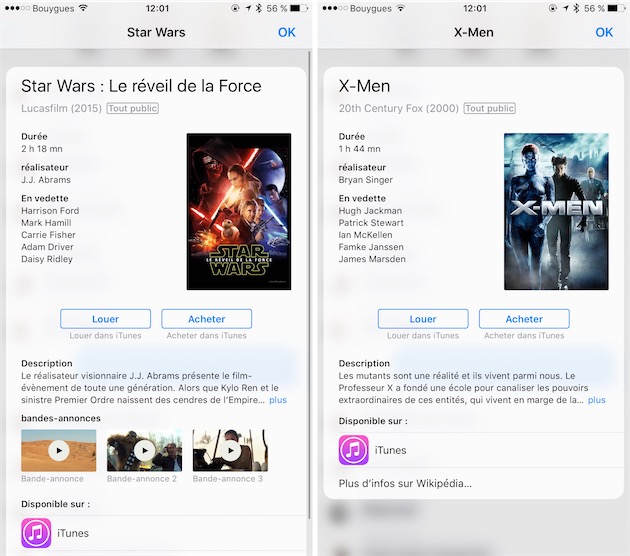 In short, any web-based data sources which are supported by Spotlight or Siri Suggestions should work within Messages on iOS 10, including restaurant and location previews, movie times, iTunes and App Store items and more.

Unfortunately, I couldn’t screenshot the feature myself because Spotlight Suggestions are unavailable in my country so I shared those provided by French blog iGen.fr, through which I caught wind of this interesting new feature. 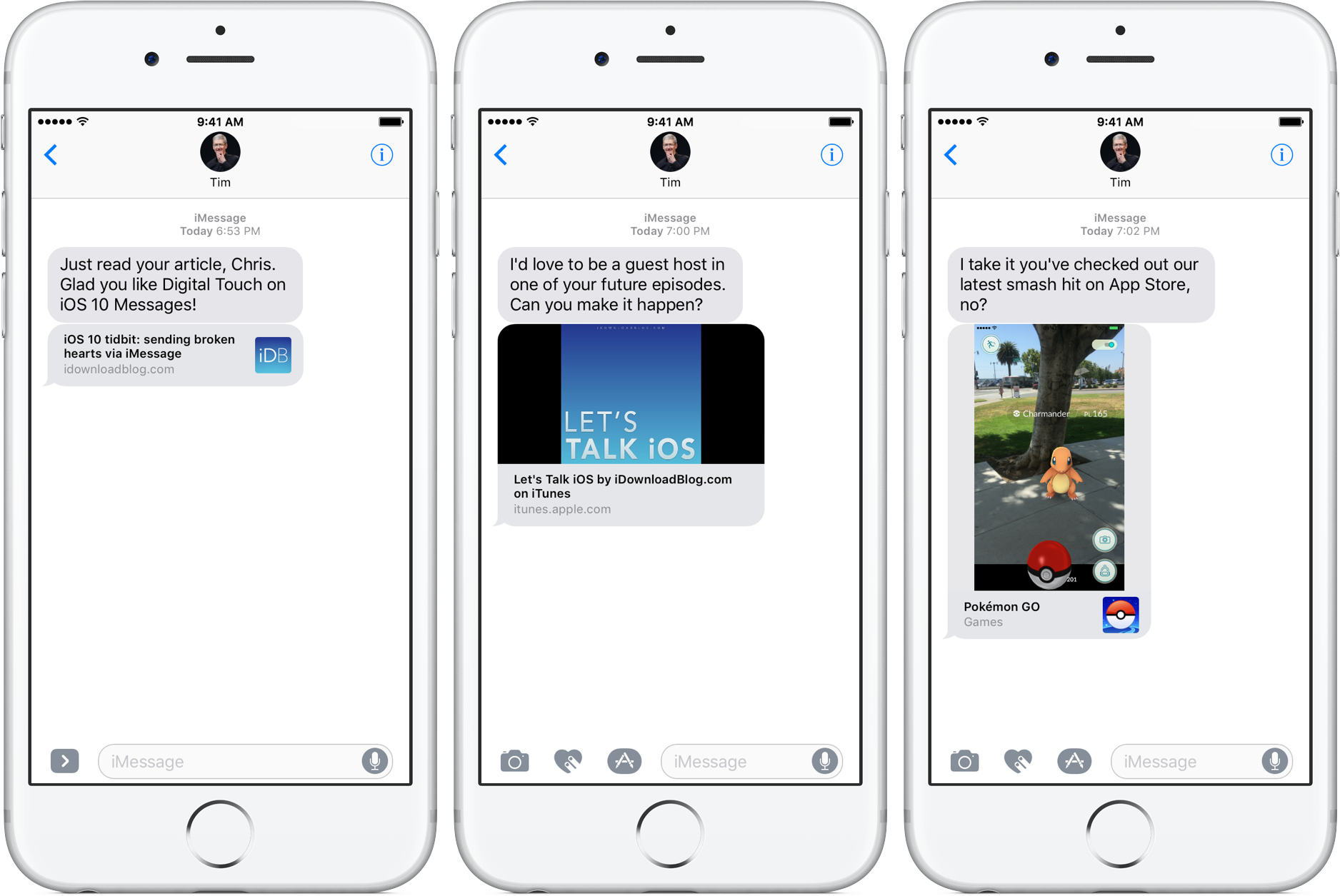 Spotlight Suggestions within Messages are available on macOS Sierra, too.

As evidenced above, Spotlight Suggestions even power in-line URL previews in iOS 10’s Messages. Taking plain-text URLs, the app turns them into tappable, inline article previews. This is another great feature in iOS 10 as inline URL previews in Messages help you determine if the link is of interest to you. 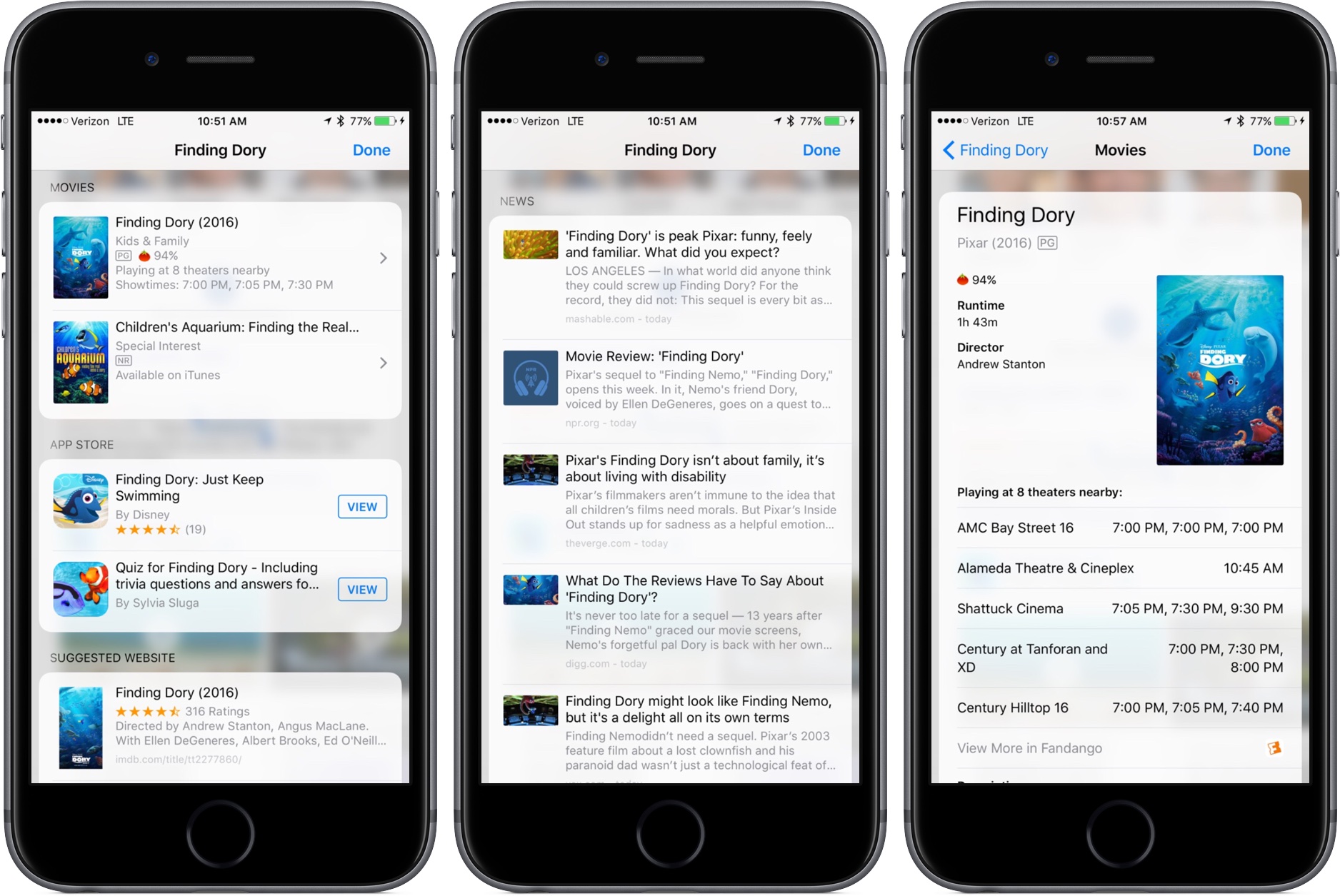 RELATED: getting to iOS 10 Spotlight from any app using a secret shortcut

Will you be using Spotlight Suggestions in Messages on your iPhone, iPad, iPod touch and Mac, or will you turn them off?

Check out our other iOS 10 tidbits and iOS 10 previews.