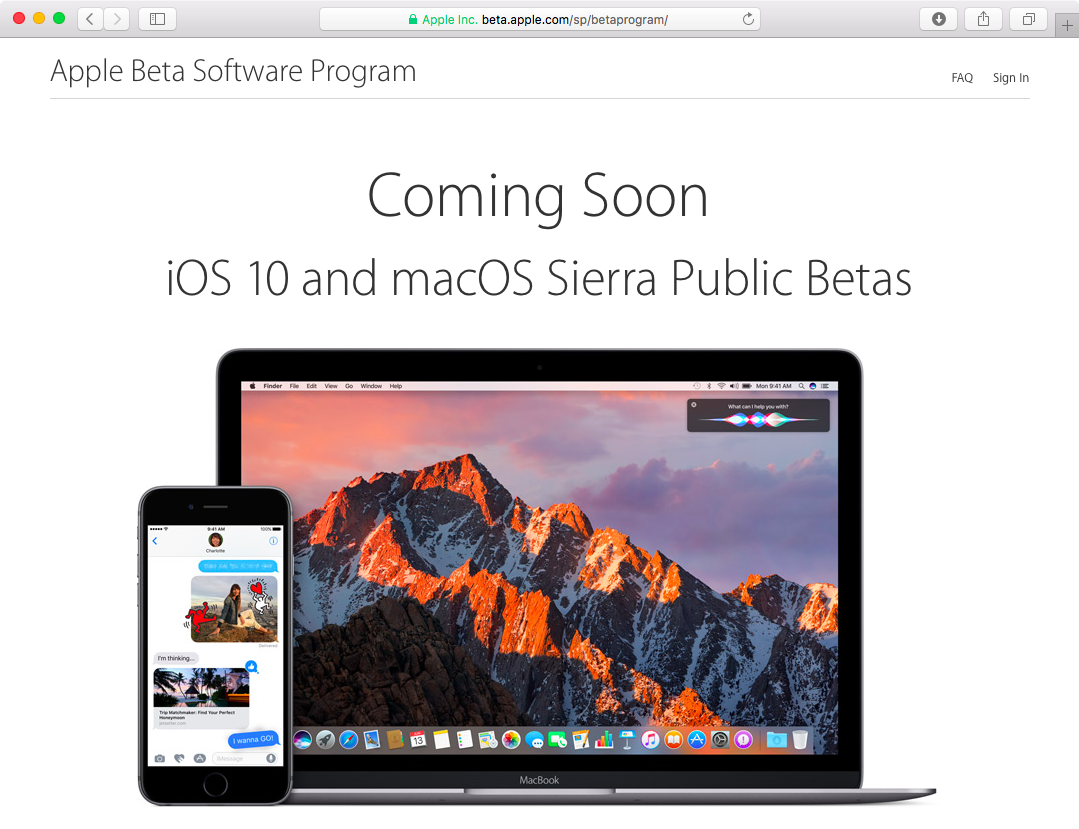 Apple will be releasing iOS 10 and macOS Sierra betas to public beta testers who enrolled in the Apple Beta Software Program, The Verge reports. iOS 10 is turning out to be much more than another release, with dozens of refinements and little things on top of headlining new features, some of which allow developers to build apps for the stock Messages, Maps and Phone apps, as well as integrate with Siri.

“The iOS 10 and macOS Sierra public betas are coming soon. If you aren’t already a member of the Apple Beta Software Program, sign up now to receive an email once they are ready,” reads Apple’s message.

macOS Sierra, while not packing as many new features as iOS 10, brings Siri to the Mac and includes features like Auto Unlock, Apple Pay for websites and more.

Both operating systems also take advantage of Differential Privacy, a new technique that enables some interesting new features without compromising your privacy.

Here’s an overview of changes on the Lock screen in iOS 10.

Feel free to check out our other iOS 10 previews and iOS 10 tidbits.

If you’re curious, read Apple’s FAQ for Beta Software Program. There is no charge for participating in the program.

Are you signed as a beta tester for Apple software?

If so, will you be installing public betas of iOS 10 and macOS Sierra. If not, why?