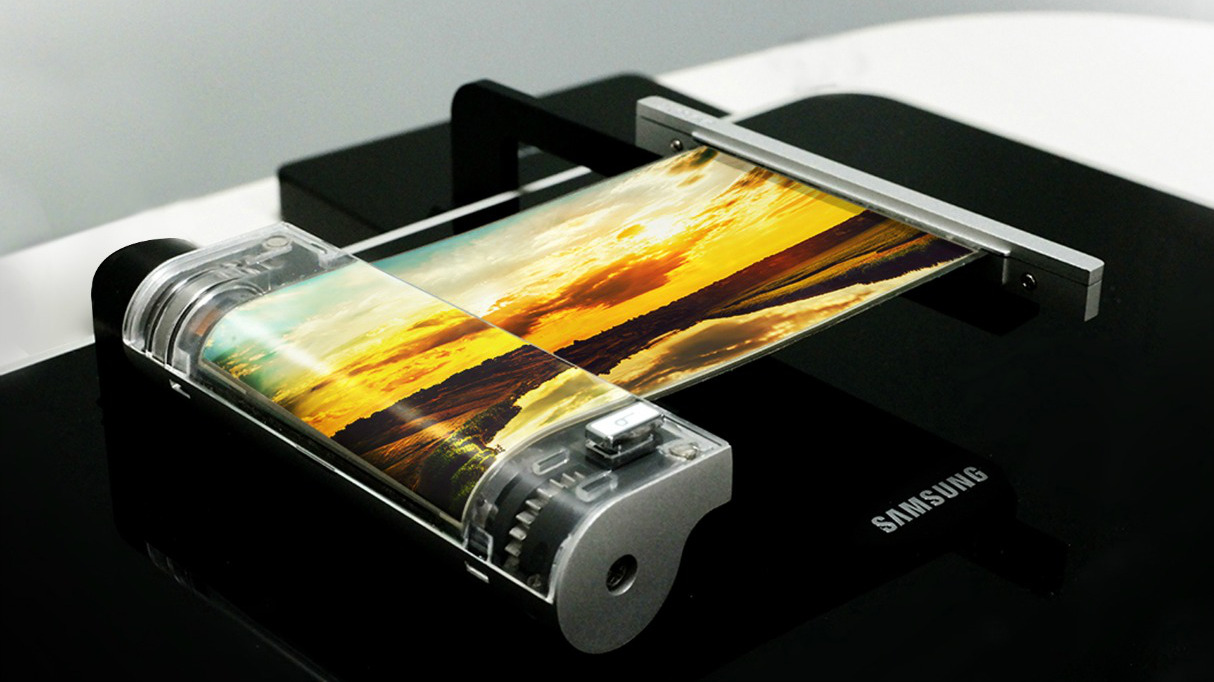 Subsequent supply chain reports have since backed the story partially as it became public knowledge that Samsung has allocated north of $7 billion into boosting production of flexible OLED panels.

As Patently Apple noted today, a new patent application sheds more light on the South Korean conglomerate’s interest in creating a technology that would allow a smartphone or tablet to fold in half when not in use.

Samsung originally filed this patent application back in November 2015. A revised patent application was filed for in Korea two weeks ago and published on Thursday. Both filings outline a fully foldable smartphone or tablet that has a camera on the back, a bendable display and a sturdier frame with a built-in hinge.

A user would unlock and unfold the device by simultaneously touching a user icon on one edge of the display area and an icon for inputting a password, which may be displayed on the other edge of the foldable display.

The user interface would automatically rearrange itself based on the direction in which the foldable device is being viewed. 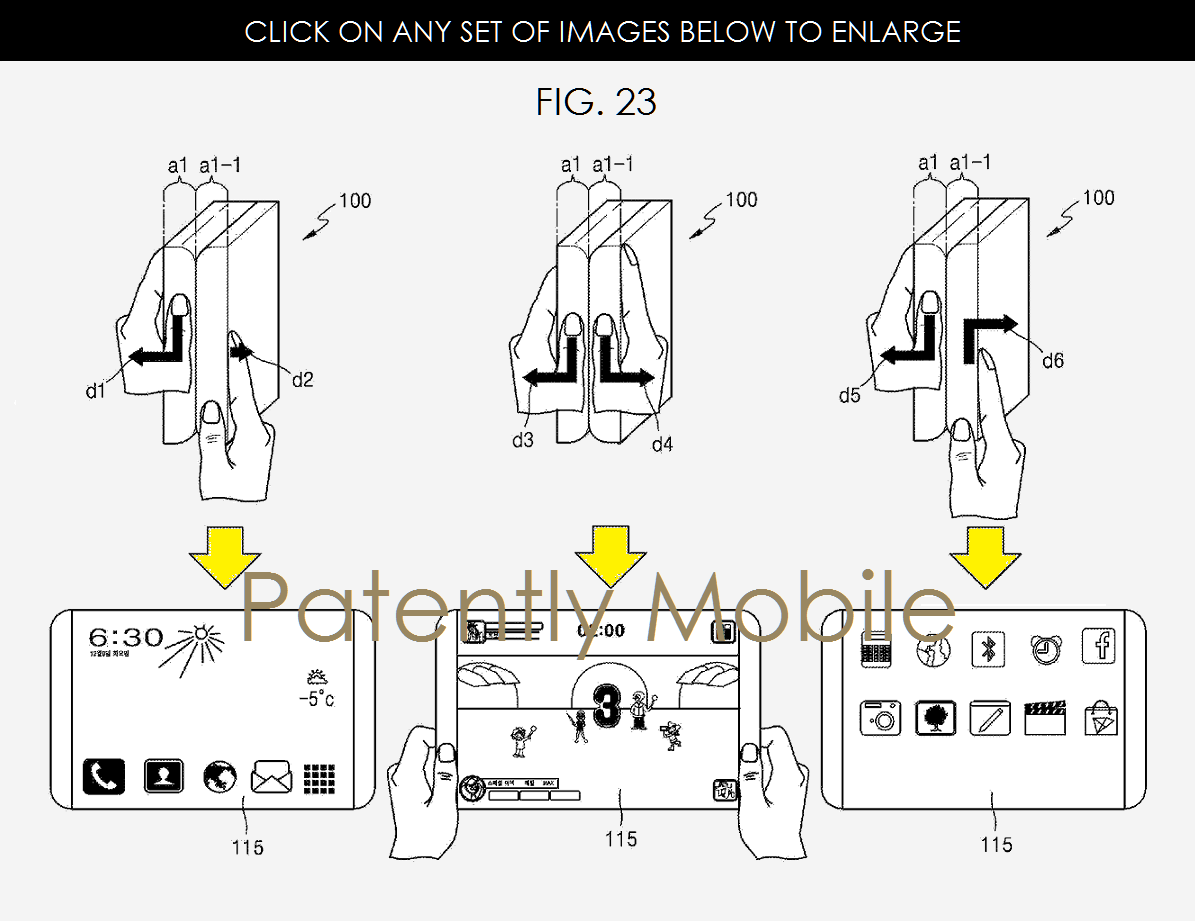 It’s unclear if the rumored device will become part of Samsung’s Galaxy range, but Korean news site ETNews reported in April 2016 that it’s known internally as a “smartlet” and sports a 7-inch screen when unfolded.

A few years back, Samsung publicly showed off its flexible OLED screens though its interest in the technology dates as far back as 2011.

At the recent SID 2016 event in San Francisco, Samsung demonstrated a 5.7-inch full HD (1,920-by-1,080 pixels) AMOLED flexible screen, pictured top of post. Because it uses extremely thin plastics, instead of glass, the display could be bent and rolled up without shattering: it’s just 0.3mm thin and has 10R rolling radius. 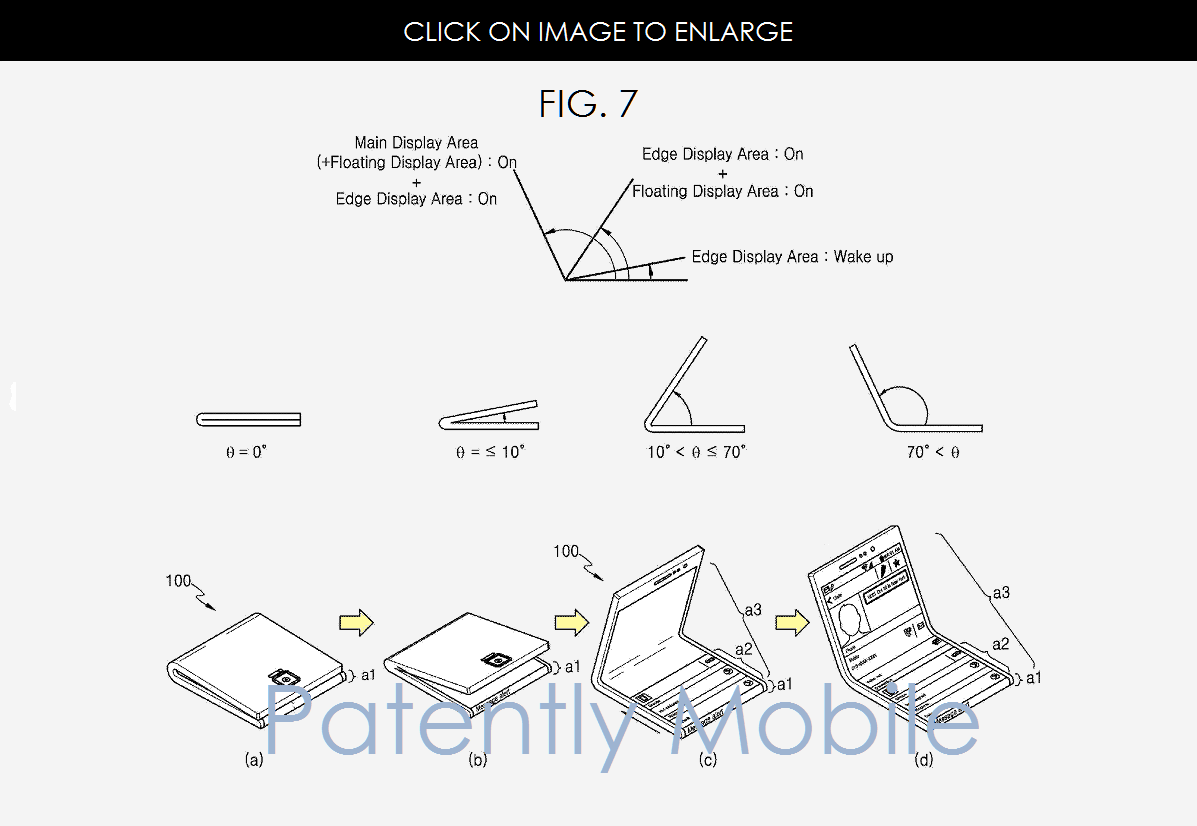 Industry sources suspected at the time that Apple would be one of the handset makers asking Samsung to provide them flexible screens. Here’s a conceptual video created in 2014 in which Samsung lays out its vision for flexible smartphones and tablets.

The Apple Watch is currently the sole Apple device that has a flexible OLED screen.

According to Bloomberg last month, flexible Samsung phones could be bent and folded in half “like a cosmetic compact,” without damage. One of the devices is reportedly a five-inch model that could be opened to an eight-inch tablet size.

Curiously enough, Samsung has reportedly removed on of the biggest obstacles which has prevented full-scale commercialization of 100 percent bendable mobile devices—making transparent plastics and making them durable.

The news gathering organization added that Samsung could launch its first fully bendable smartphone ahead of Mobile World Congress, which runs from February 27 through March 2, 2017.