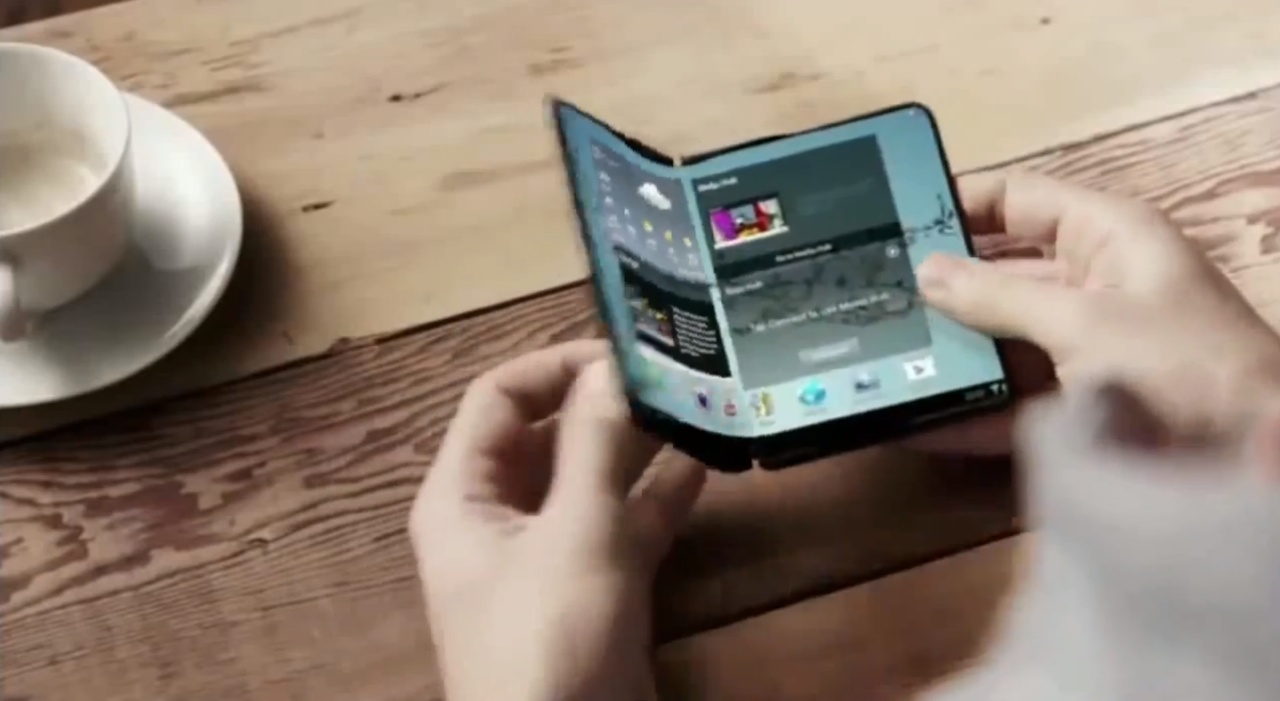 Samsung could release a pair of smartphones early next year capable of bending and folding in half “like a cosmetic compact,” without damage, and one of them should be a five-inch model that could be opened to an eight-inch tablet size, Bloomberg reported this morning, citing unnamed people familiar with the project.

Code-named “Project Valley,” the new phones won’t be marketed under the Galaxy S moniker because the South Korean firm does not see these bendable smartphones as its next-generation flagship devices.

Moxi Group, a Chinese company based in Chongqing, has shown off a bendable phone with black and white screens, said Bloomberg.

The two aforementioned phones would use flexible AMOLED screens.

Samsung has been testing the commercial viability of the technology for two years with its multi-sided Galaxy Edge smartphones. The article speculates that commercializing bendable phones would increase Samsung’s chances of securing orders for these screens from Apple.

“This product could be a game-changer if Samsung successfully comes up with a user interface suitable for bendable screens,” said Lee Seung Woo, an analyst at IBK Securities in Seoul.

“Next year is a probable scenario. Their biggest obstacle was related to making transparent plastics and making them durable, which seems resolved by now.”

Here’s Samsung conceptual video created in 2014 which envisions flexible smartphone and tablet concepts for the future.

Samsung may also name the next Note as the “Note 7,” skipping a number in order “to bring it in line with its flagship Galaxy S smartphone range,” one of the sources told Bloomberg.

The future is around the corner

Considering Samsung is said to launch the fully bendable smartphones ahead of Mobile World Congress, which runs from February 27 through March 2, 2017, the South Korean firm hopes to steal some of Apple’s thunder.

Next year, Apple is said to release a tenth-anniversary ‘iPhone 8’ which should switch to AMOLED screens and may even adopt an edge-to-edge, bezel-less appearance that would have the Home button, Touch ID, the front-facing camera and sensors all integrated into the display itself.