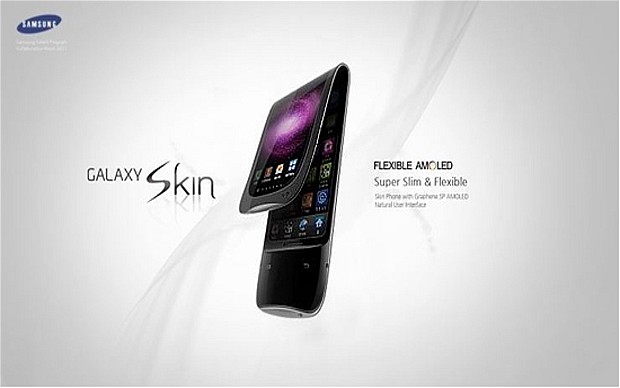 If anyone doubted whether Samsung really meant business in its pursuit of total smartphone marketshare ownership, this one little tidbit to come of the company’s earnings call might just help to put the record straight.

During a call to discuss Samsung’s most recent financial results, the company’s spokesman, Robert Yi, said that Samsung was working on a flexible display for its upcoming smartphones and tablets.

Surely all this is pie-in-the-sky stuff for Samsung, right? Wrong. Samsung hopes to introduce flexible displays to its smartphone lineup in as early as 2012…

Yep. You read that right.

“The flexible display, we are looking to introduce sometime in 2012, hopefully the earlier part,” said spokesman Robert Yi during an earnings call. “The application probably will start from the handset side.”

Yi said tablets and other mobile devices with flexible displays would follow.”

Samsung has already shown flexible screen technology in the past, with the OLED display held inside rigid cases that kept them curved.

With Samsung pushing the envelope so far and so fast, what does Apple have to do to keep up? If, come new iPhone time in 2012, Samsung is shipping Galaxy handsets with one of their new flexible screens attached, what will Apple have to offer by way of competition?

Apple is widely expected to bring the iPhone 5 to market next year after releasing an incremental update this time around with the iPhone 4S. Whatever changes the company has up its sleeve for next year may have to be very impressive, especially if Samsung continues to innovate as quickly as it is right now.

Of course, Samsung saying it “hopes” to do something, and then actually doing it, are two very different things.