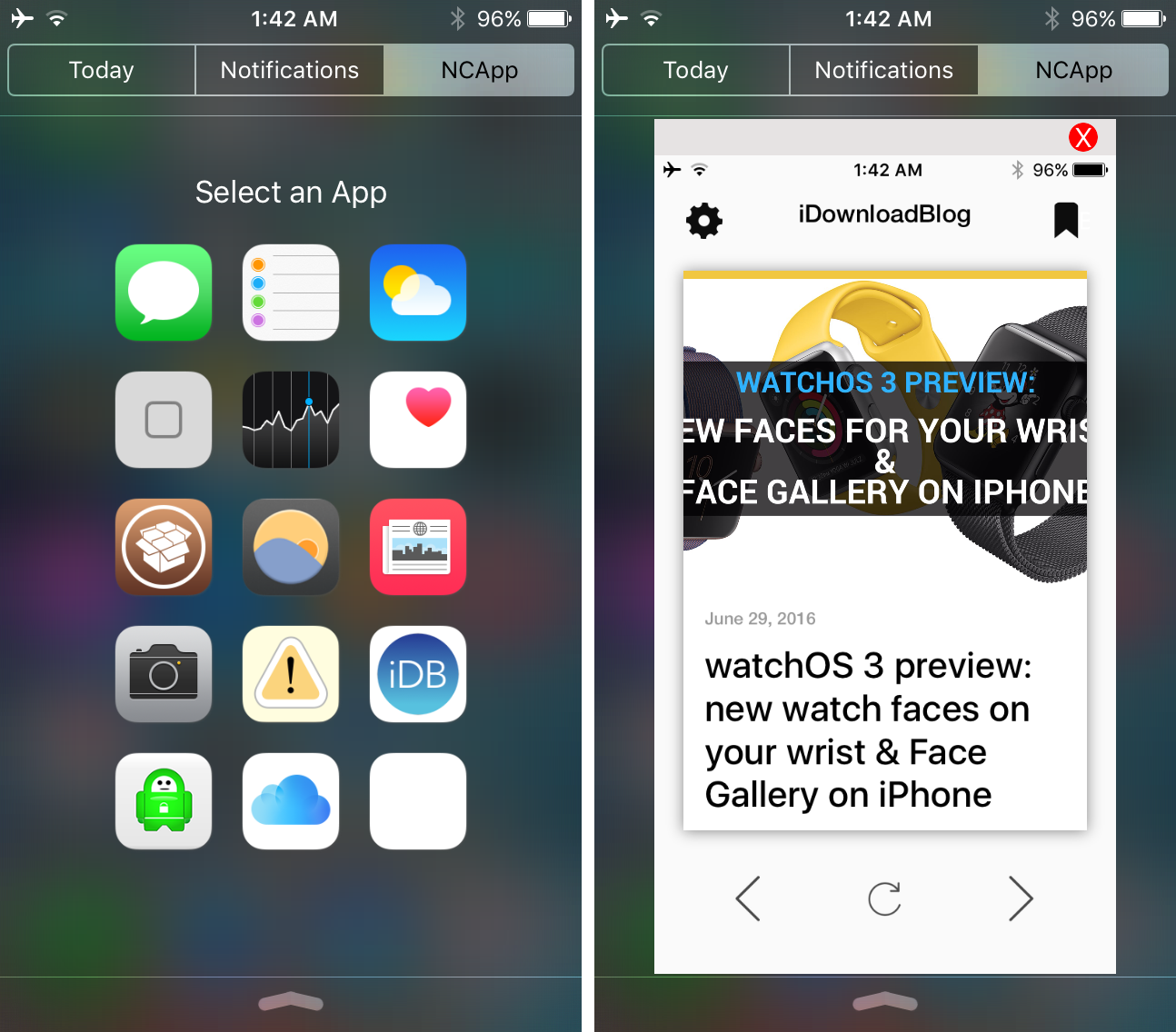 Notification Center has long been one of the favorite things for jailbreak developers to modify, and the new jailbreak tweak known as NCapps is no exception.

In this review, we’ll show you how NCapps will let you launch any app you have on your jailbroken iPhone or iPod touch right from Notification Center.

I normally think of Notification Center as a place for notifications, but Apple uses it for far more than that. In the Today tab, you can have widgets for your favorite apps (where supported, of course), as well as information about the date, how far away from home you are, and more.

You can interact with the app exactly the same way you could as if you were using it in normal full-screen mode. The tweak provides you with access to all of the app’s gestures and internal button controls so you can literally use the app from Notification Center.

Closing the app is simple. When you’re done using it, just tap on the red ‘X’ button at the top right of the app interface, and you will be brought right back to the application grid where you’re free to tap on another app icon or continue using other features of Notification Center.

Although the apps are launching in Notification Center rather than full-screen, you should not see any impact on your device’s performance. In fact, the developer even notes in the Cydia description that extra power is not consumed using this tweak.

The idea is to give you quicker access to another app, because you can access Notification Center from anywhere, whether it’s from the Home screen, or even from within another app.

For devices protected with a passcode, NCapp does not show any apps in Notification Center from the Lock screen, as shown below, which is important from a security standpoint: 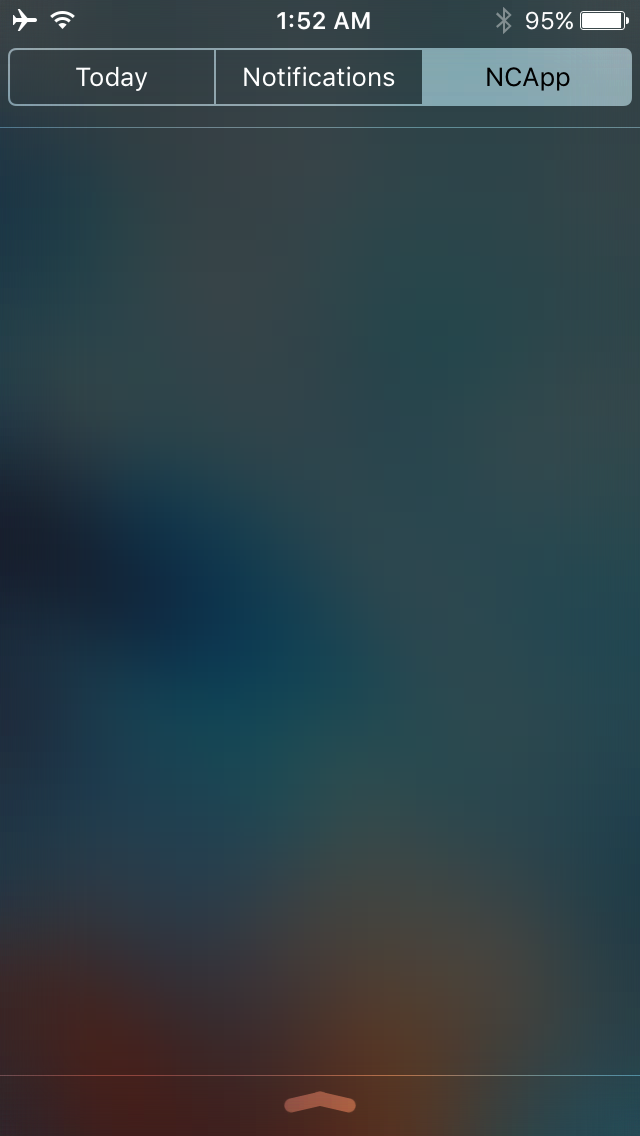 My thoughts on NCapps

Although the idea is very cool and shows that it’s possible to interact with apps from Notification Center, it is definitely a niche feature that I’m not sure everyone needs. On the other hand, I do think it would be great for multitasking.

In a way, it provides users with a way to access apps from Notification Center where widgets are not available due to restrictions set by Apple, so let’s say for example you wanted to use an app’s function really quick and then bump back to another app when you were finished – well, this tweak would be perfect for that.

Do you need it? That’s up to you and how you use your device. For those who are power users and want extra features, it’s definitely a nifty feature to have.

Those interested in giving NCapps a try can pick it from from Cydia’s BigBoss repository right now for just $0.99.

Unfortunately, the tweak doesn’t work with iPads, but it will run on any jailbroken iPhone or iPod touch running iOS 9.0 or later.