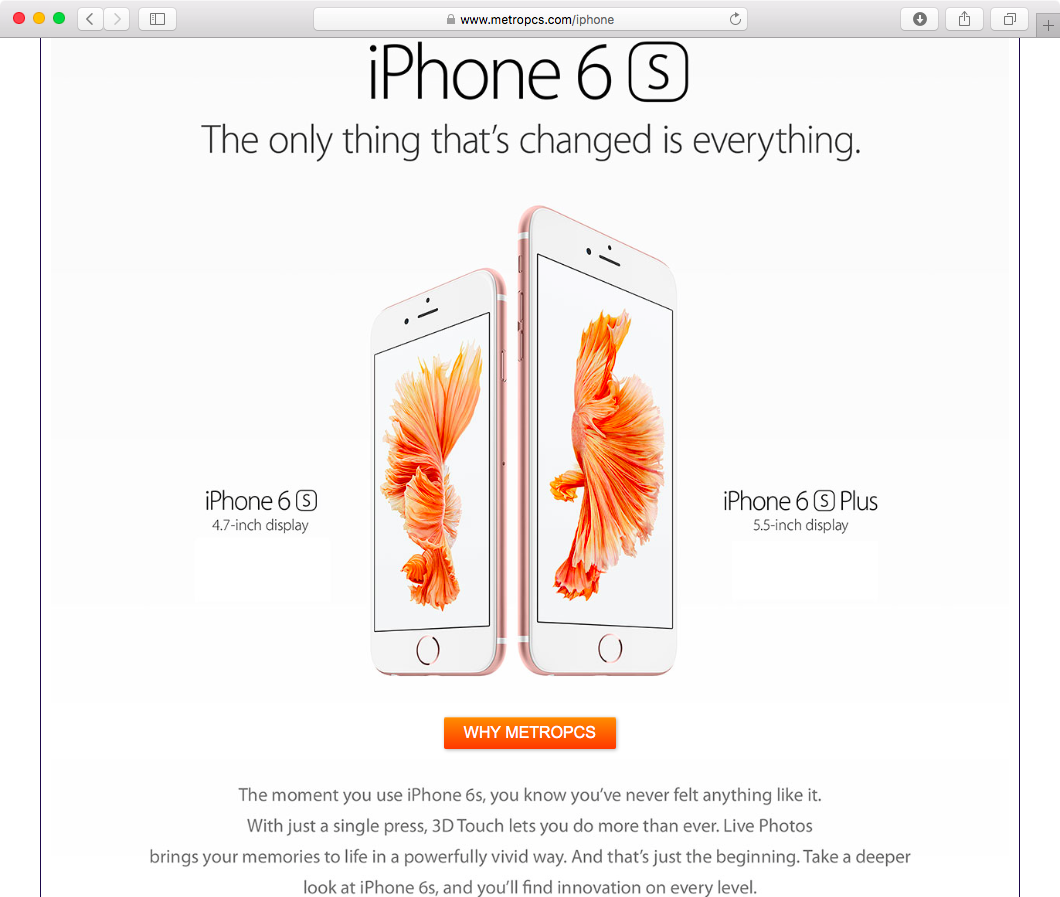 MetroPCS, a prepaid wireless carrier in the United States that is part of T-Mobile USA, will start selling Apple’s iPhones on July 1 in a limited number of retail stores in Florida. The program should expand nationwide following the Florida launch.

According to the official announcement from T-Mobile, the iPhone 6s and iPhone 6s Plus will be available for $649 and $749, respectively

MetroPCS’s iPhone 6s pricing matches Apple’s full prices for contract-free iPhone 6s units. As for the iPhone 5s and iPhone SE, MetroPCS has lower prices. For instance, the iPhone SE costs $399 via Apple, but MetroPCS customers can get it at a $50 discount from the carrier. The iPhone 5s is no longer sold by Apple.

It’s unclear from the announcement when T-Mobile will start selling iPhones at MetroPCS stores. For more information, visit metropcs.com/iphone.