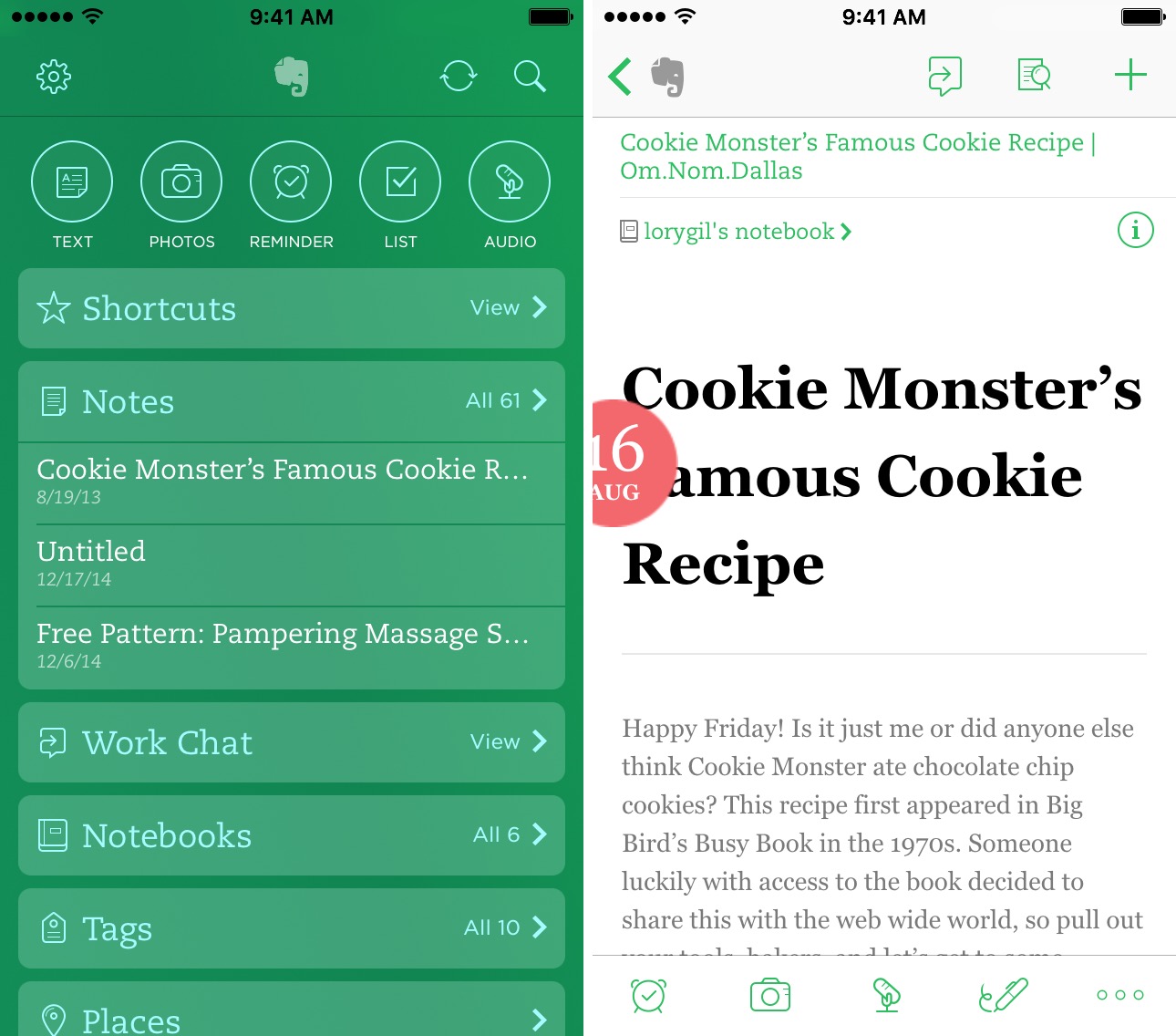 I stopped using Evernote more than a year ago because Apple’s much-improved Notes fulfills all of my note-taking needs. That said, I understand that some folks still prefer Evernote because it’s cross-platform and has advanced features like geotagging and uploading lots of data.

In announcing the price hike on its paid subscription plans, Evernote said the move would permit its developers to add even more features for power users.

Furthermore, customers who are on Evernote’s Basic plan will no longer be permitted to use the service on more than two devices at the same time.

We don’t take any change to our pricing model lightly, and we never take you for granted. Our goal is to continue improving Evernote for the long-term, investing in our core products to make them more powerful and intuitive while also delivering often-requested new features.

But that requires a significant investment of energy, time, and money. We’re asking those people who get the most value from Evernote to help us make that investment and, in return, to reap the benefits that result.

Evernote Plus includes the ability to take notebooks offline on a mobile device, forwarding emails into Evernote complete with attachments and 1 GB of cloud storage space each month.

Evernote Premium provides you with the full power of Evernote with business card scanning, the ability to annotate PDFs and scan documents to turn them into searchable text files, 10 GB of monthly upload space and more.

As mentioned, Basic subscribers can no longer use Evernote on more than two devices at the same time. These subscribers are now limited to, for example, syncing Evernote content on their Windows computer at work and Evernote on their iOS device.

Each device where you’re signed in to Evernote counts toward your device limit.

“If you have multiple devices of the same type, each one counts toward your device limit,” explains the firm. “For example, if you sign in to your Evernote account on two different iPhones, it’s counted as two devices”.

Current subscribers and Basic users who are using more than two devices will have some time to adjust before the changes take effect. On the plus side, passcode lock on the mobile app, formerly a paid feature, is now available on Basic accounts as well.

Other Evernote products, and third-party apps that use the Evernote API integration, aren’t affected by device limits, including Evernote Web, Evernote on Apple Watch, Evernote for Windows Touch, Web Clipper, Skitch and Penultimate.

Switching from Evernote to Apple Notes

As I mentioned in the opening paragraph, I switched from Evernote to Apple’s Notes app last year and have since never looked back.

For starters, Apple’s solution keeps my notes perfectly synchronized across my iPhone, iPad, iPod touch and Mac via iCloud. And it certainly doesn’t hurt that Notes now sports some rather nice features such as password or Touch ID protection for notes, support for drawing with your finger or the Apple Pencil with pressure sensing, the ability to use Notes as a file manager for ZIP archives, the ability to quickly send any piece of content from other apps to Notes, and more.

If you’re looking to jump ship, Apple’s Notes app for iOS and OS X now features a native option to import your notes and notebooks from Evernote into Notes.