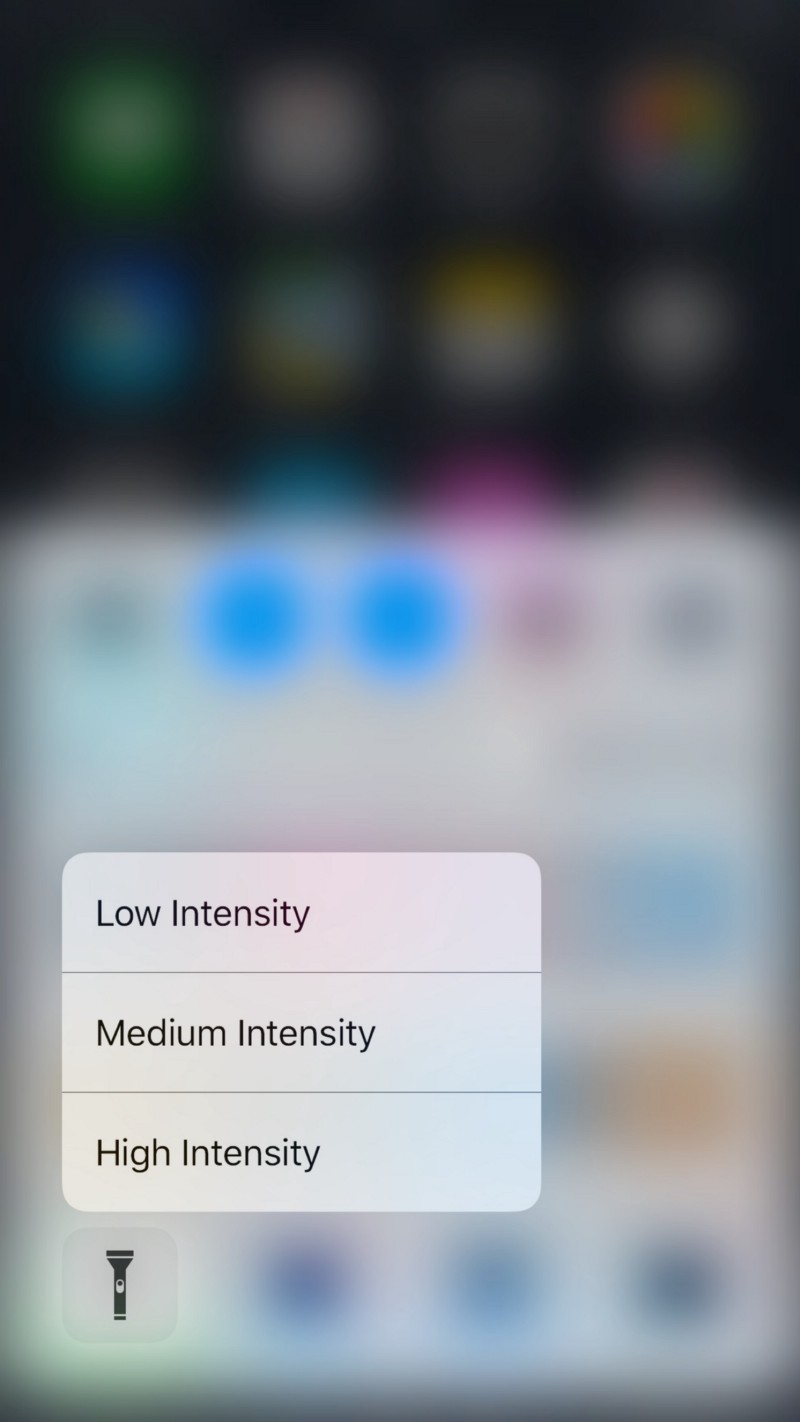 Apple originally introduced Control Center in iOS 7, which was their way of answering both the competition on multiple Android platforms and the jailbreak community in one fell swoop.

With iOS 10, which Apple announced at the WWDC 2016 Keynote this week, Apple has shown off some obvious changes to Control Center, including a modular paged navigation design and different color tones and styles.

Of course, aesthetic wasn’t the only change. Apple also made the flashlight toggle button from Control Center a whole lot more useful as well.

Flashlight in iOS 10: more options to choose from

With iOS 10, whenever you want to use the flashlight feature on your iPhone from Control Center, you can use a 3D Touch gesture on the Flashlight toggle button to choose between three different intensity modes.

Being an everyday flashlight user myself, I like how my higher-end LED flashlights have brightness settings built into them that help me see just right in the different conditions I use my flashlight in.

The intensity settings also give users a way to control their battery consumption from the rear-facing flash when they opt to use it as a flashlight rather than as a flash for their cameras.

With Apple bringing this feature to the rear-facing flash flashlight on the iPhone, it makes the device feel more like a real LED flashlight when using the feature.

A breath of new life for 3D Touch?

These changes illustrate how Apple is using iOS 10 as a way to build off of the 3D Touch functionality of the iPhone 6s display that was originally under-used in iOS 9.

Apple appears to be polishing up the new gesture and making 3D Touch more consistent throughout iOS as a whole.

The 3D Touch experience was very much open-ended with its original launch and was confusing to use because it would work in some places you’d expect it to work and not in others.

Having the ability to choose between a dim light source or a super-charged high intensity beam provides for a whole lot more flexibility in using your iPhone as a flashlight.

Are you excited to see this change in iOS 10? Share in the comments!