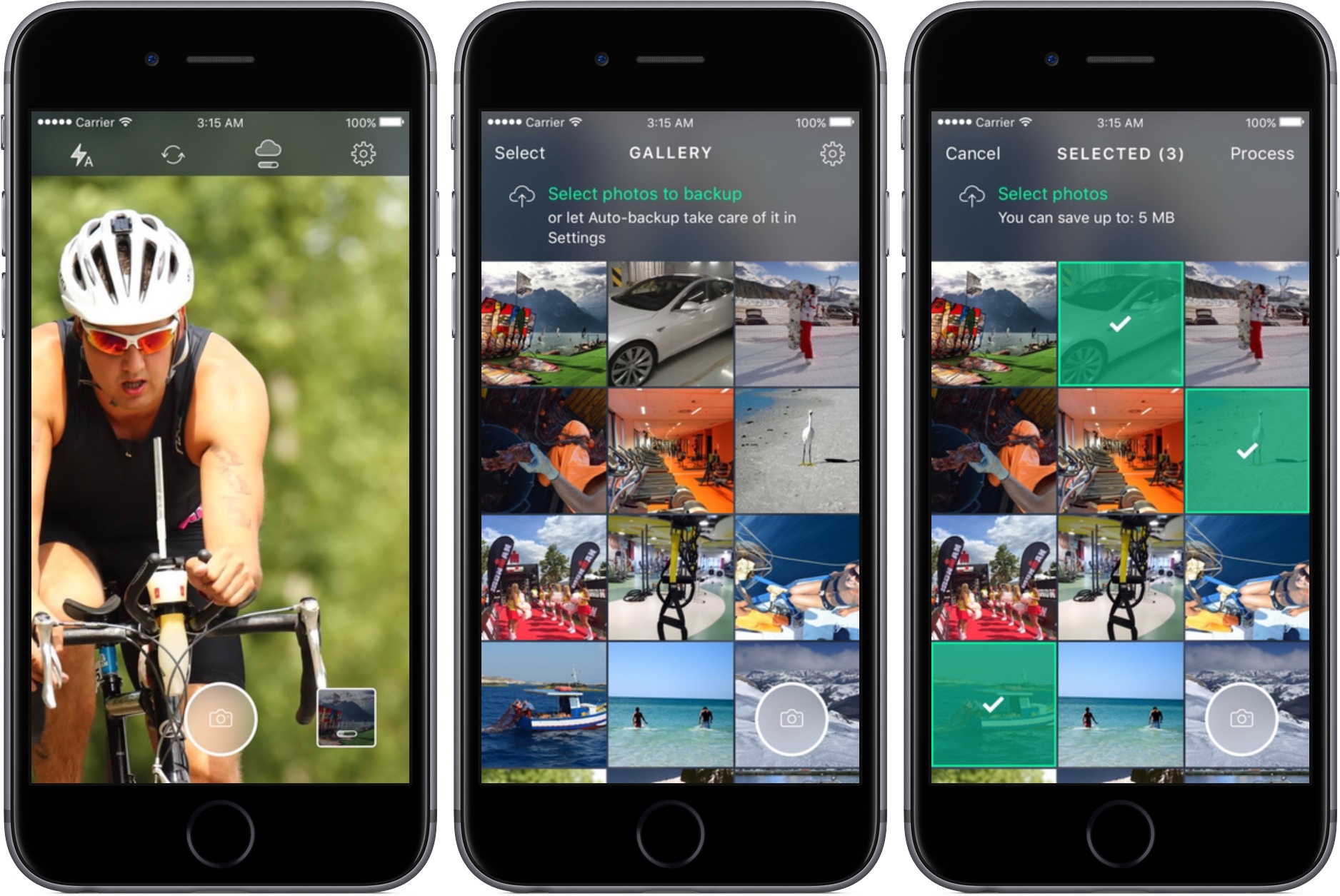 iCloud Photo Library has a nifty little feature that lets you store full-resolution photos and videos to iCloud while keeping device-optimized versions on your iPhone, which can save you quite a lot of storage space.

But not everyone uses iCloud Photo Library (do you?) and pays for iCloud storage beyond Apple’s measly 5GB free tier (anyone?). That’s where Avast’s Photo Space for iPhone jumps in. With this app, your Photos library goes on a diet.

It optimizes photographs on your iPhone to reduce the amount of space they take up considerably, while sending the originals to the cloud service of your choice. The app promises to fit about 7GB worth of photos into just 1GB of on-device storage space.

On first run, you will need to give the app permission to access the Photos library and connect with your preferred cloud service where you originals will be saved to.

At the time of this writing, the app offered only Dropbox and Google Drive integration, with additional services to come by way of future updates. 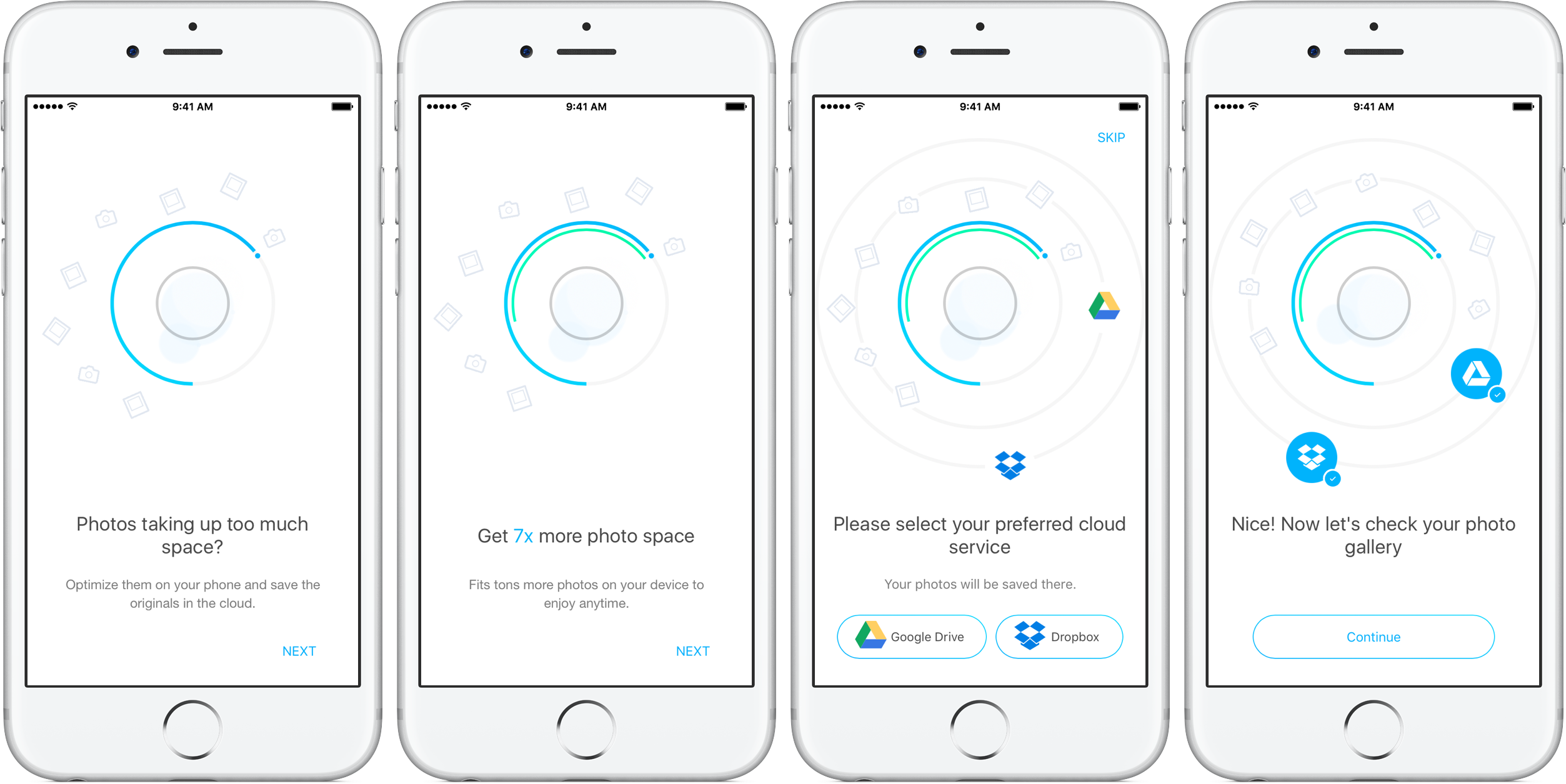 You can also enable automatic mode (or do so later in Avast’s settings) which will automatically transfer, optimize and sync your photos to the cloud. This mode works great in conjunction with a built-in camera, assuming you’re going to be using it. 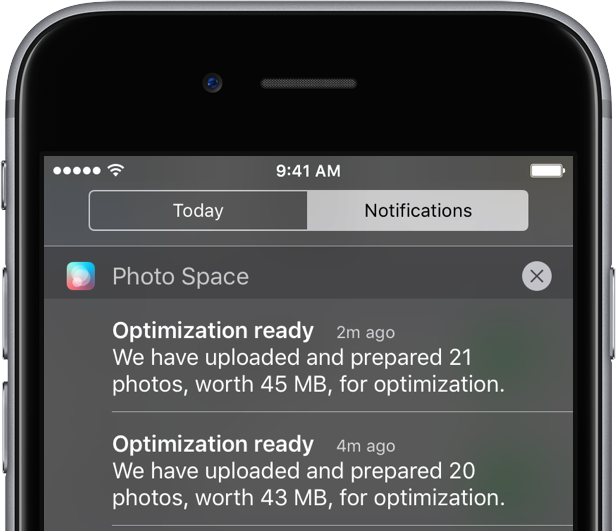 I prefer keeping automatic mode disabled because I like to cherry-pick specific photos to optimize, not my entire Photos library that stores tons of screenshots. And if you turn on notifications for Avast, you’ll be alerted when the selected photos have been processed and are ready to be beamed up to the cloud.

Slimming down your photos

The app launches into the Photos library, presenting your images in the order they were snapped with the most recent ones at the top. I wanted to select a specific album, but couldn’t because Avast doesn’t fully support all of Photos’ features (here’s hoping they fix this glaring omission as soon as possible). As I mentioned, you can also take an image with Avast’s camera if you like (tap the icon in the lower right corner). 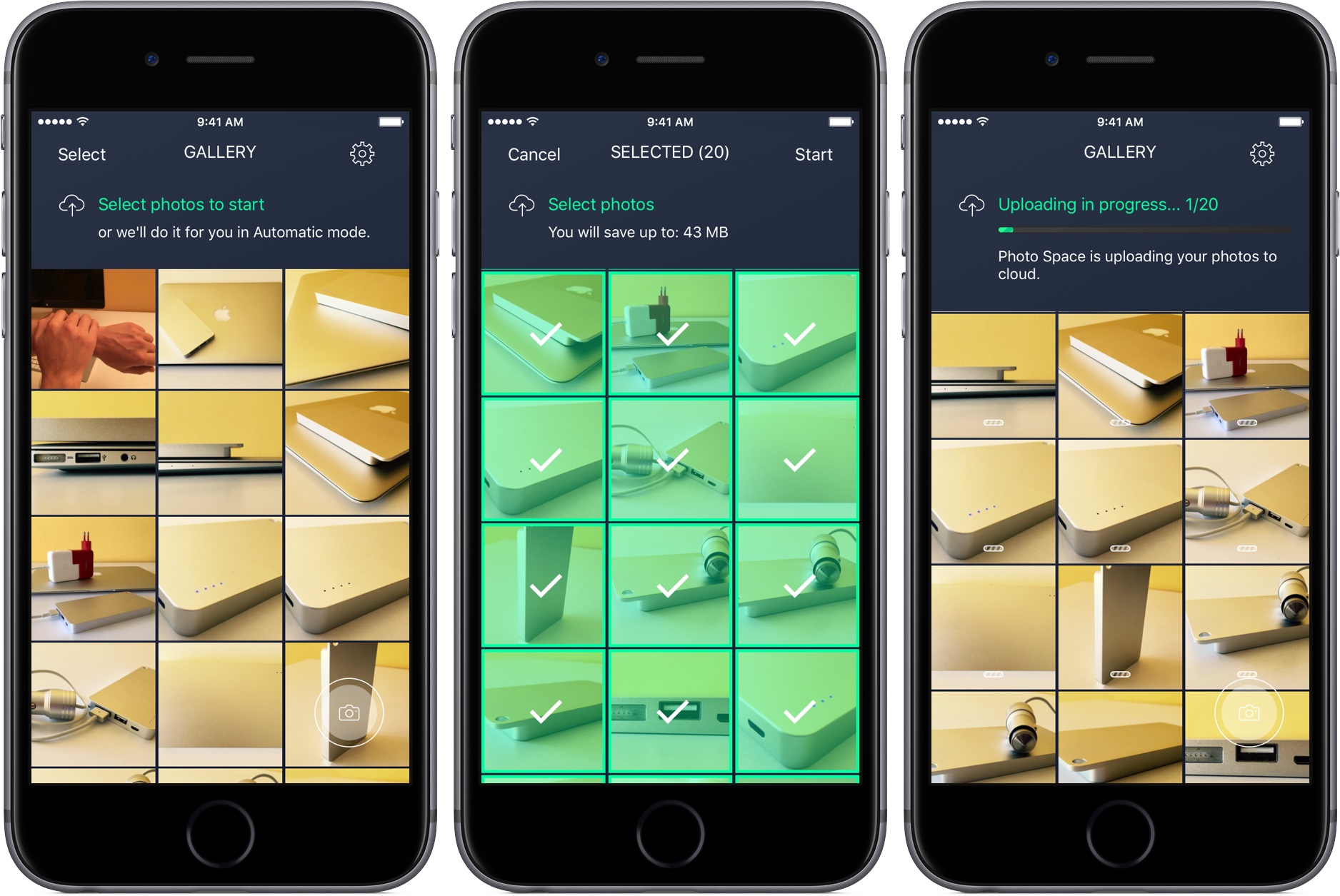 Tap Select to highlight the photos you’d like to optimize, leaving the rest of your library intact. I selected twenty eight-megapixel photos taken with my iPhone 6, and then tapped the Start button to continue.

The app then started to upload photos to my Dropbox. Don’t worry about selecting hundreds of photos: you can still multitask while Avast is uploading them in the background.

A notification pops up when your media has been uploaded successfully. 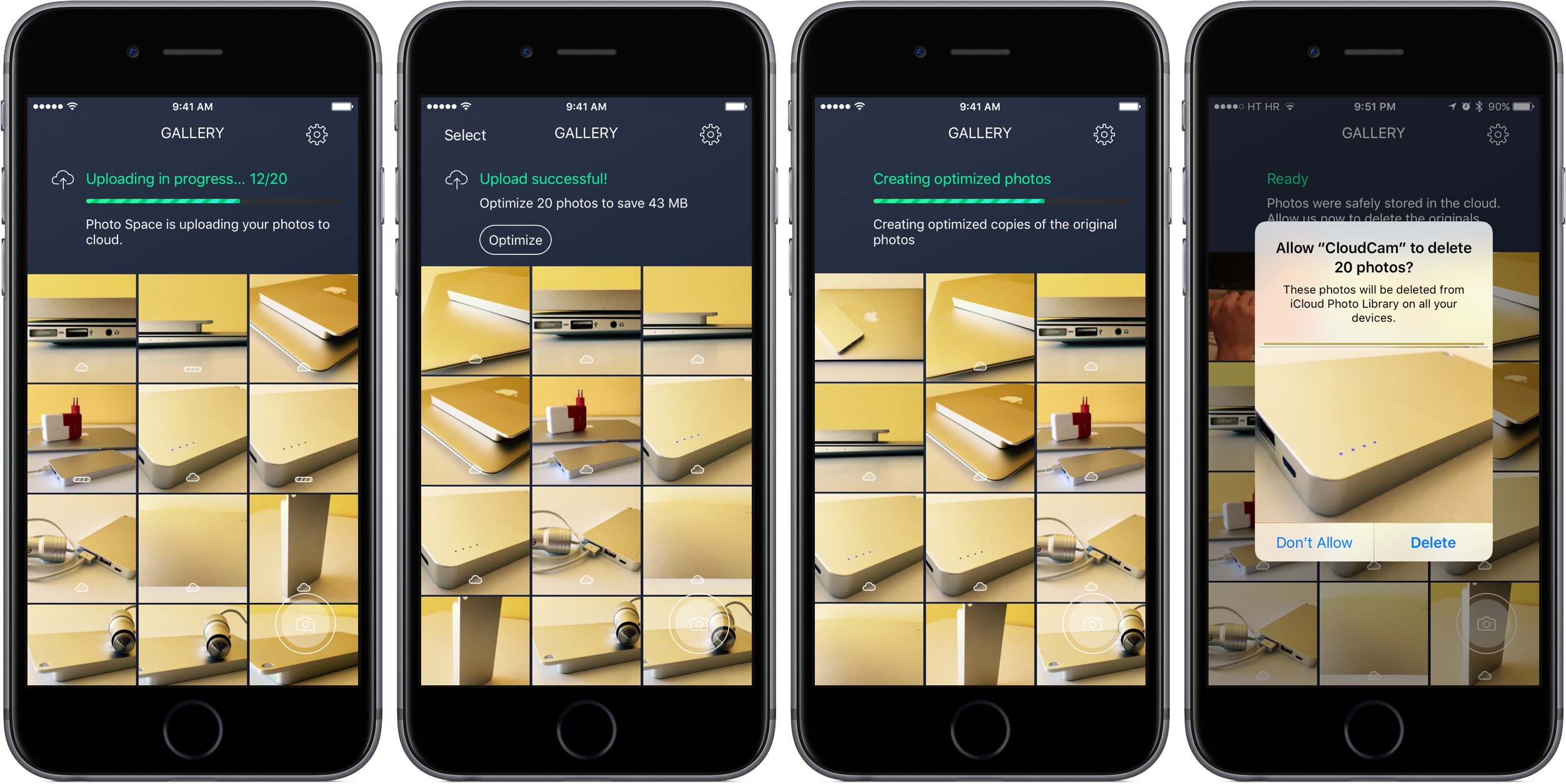 Switching back to the app, you’ll notice a new Optimize button appear.

Tap it and Avast goes to work, creating optimized copies of any uploaded originals. After that’s done, only then will iOS put up a prompt asking if you’re OK with the originals being deleted from your device.

Tap Delete and you’re done. As you can see for yourself, I was able to gain an additional 43 megabytes of storage space on my iPhone by optimizing just twenty photographs. Now imagine the amount of storage space I could gain by selecting, say, 500 photos.

Just to reiterate: your full-resolution photos are sent to the cloud, with their slimmed down versions replacing the space-hogging originals on y our iPhone. Your originals won’t be lost forever, they’re just moved into the cloud.

If I were you, I’d make sure to toggle a switch in Avast’s settings to prevent uploads via your carrier’s cellular network.

If you’re anything like a typical iPhone user, you certainly take a lot of photos that take up a significant amount of storage space. If that’s concerning you, Avast’s app will in fact do a fine job helping you optimize them, leaving you with more storage space for more photos and other apps.

No longer will you be agonizing over which images to save and which to delete. Although Avast recompresses your photos, most normals will be hard-pressed to notice the difference in quality between the originals and their optimized counterparts.

Avast Photo Space requires an iPhone, iPod touch or iPad with iOS 8.0 or later. The app contains no In-App Purchases and is localized in English, Czech, French, German, Japanese, Portuguese, Russian and Spanish.

Grab Avast Photo Space at no charge from the App Store.